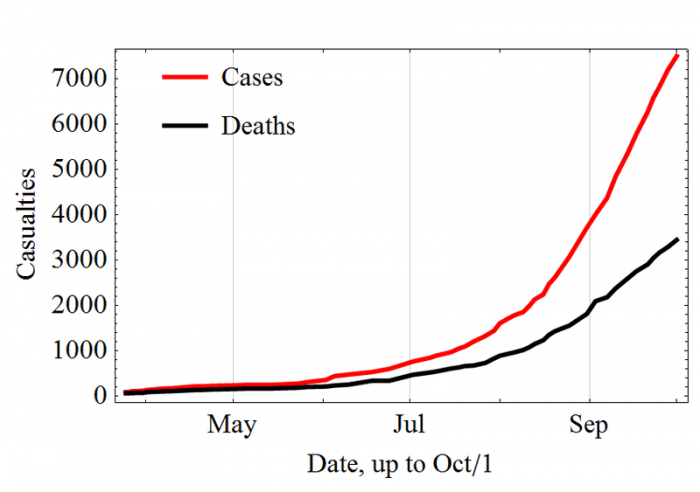 When the experts describe the Ebola disaster, they do so with numbers. The statistics include not just the obvious ones, such as caseloads, deaths and the rate of infection, but also the ones that describe the speed of the global response.

Global health officials are looking closely at the “reproduction number,” which estimates how many people, on average, will catch the virus from each person stricken with Ebola. The epidemic will begin to decline when that number falls below one. A recent analysis estimated the number at 1.5 to 2.

The number of Ebola cases in West Africa has been doubling about every three weeks. There is little evidence so far that the epidemic is losing momentum.