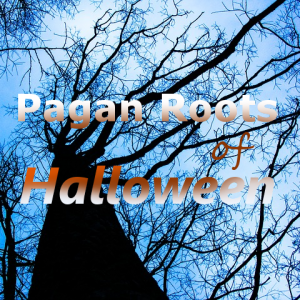 Most people that celebrate Halloween have absolutely no idea what they are actually celebrating. Even though approximately 70 percent of Americans will participate in Halloween festivities once again this year, the vast majority of them are clueless about the fact that this is a holiday that is thousands of years old and that has deeply pagan roots. If you are going to celebrate something, shouldn’t you at least know what you are celebrating? Before it was ever known as Halloween, this festival was known as Samhain. According to Wikipedia, Samhain “is mentioned in some of the earliest Irish literature and is known to have pre-Christian roots”. The ancient Celts believed that Samhain was the time when the veil between the spirit world and our world was lifted and the ghosts of the dead were able to freely mingle with the living. It was also a time to honor the Lord of the Dead known as Bel (note the similarity to Baal) or Chrom. Almost every major Halloween tradition including the jack-o’-lantern, trick-or-treating and wearing costumes is rooted in ancient Celtic practices. In many areas of early America, Halloween was considered to be so evil that it was banned. But today most Americans don’t even think twice about celebrating it.

To most people these days, Halloween is just a fun time to dress up, eat candy and attend parties.

But there are others that take this holiday extremely seriously.

For Wiccans, it is one of the most important times of the year. The following description of Samhain comes from wicca.com…

Samhain, (pronounced SOW-in, SAH-vin, or SAM-hayne) means “End of Summer”, and is the third and final Harvest. The dark winter half of the year commences on this Sabbat.

It is generally celebrated on October 31st, but some traditions prefer November 1st. It is one of the two “spirit-nights” each year, the other being Beltane. It is a magical interval when the mundane laws of time and space are temporarily suspended, and the Thin Veil between the worlds is lifted. Communicating with ancestors and departed loved ones is easy at this time, for they journey through this world on their way to the Summerlands. It is a time to study the Dark Mysteries and honor the Dark Mother and the Dark Father, symbolized by the Crone and her aged Consort.

Originally the “Feast of the Dead” was celebrated in Celtic countries by leaving food offerings on altars and doorsteps for the “wandering dead”. Today a lot of practitioners still carry out that tradition. Single candles were lit and left in a window to help guide the spirits of ancestors and loved ones home. Extra chairs were set to the table and around the hearth for the unseen guest. Apples were buried along roadsides and paths for spirits who were lost or had no descendants to provide for them. Turnips were hollowed out and carved to look like protective spirits, for this was a night of magic and chaos. The Wee Folke became very active, pulling pranks on unsuspecting humans. Traveling after dark was was not advised. People dressed in white (like ghosts), wore disguises made of straw, or dressed as the opposite gender in order to fool the Nature spirits.

So how in the world did a pagan festival known as Samhain become the holiday known as “Halloween” that we celebrate today?

Well, in the early seventh century a Catholic Pope known as Gregory the First decided that the best approach to ensure the continued spread of Catholicism was to “christianize” existing pagan holidays and practices…

As a result of their efforts to wipe out “pagan” holidays, such as Samhain, the Christians succeeded in effecting major transformations in it. In 601 A.D. Pope Gregory the First issued a now famous edict to his missionaries concerning the native beliefs and customs of the peoples he hoped to convert. Rather than try to obliterate native peoples’ customs and beliefs, the pope instructed his missionaries to use them: if a group of people worshipped a tree, rather than cut it down, he advised them to consecrate it to Christ and allow its continued worship.

An existing Catholic festival known as All Saints Day (or All Hallows Day) was moved to the same time as Samhain. Eventually, All Hallows Eve became known as “Halloween”, but many of the ancient Celtic traditions never disappeared.

Most people don’t realize this, but some of these ancient traditions even involved human sacrifice. The following is what occult expert Bill Schnoebelen says the Druids would do at this time of the year…

Druids worshiped the sun god, called by names like Bel (Ba’al?) or Chrom. On October 31, they believed that he died and went into the kingdom of the dead, Anwynn. The purpose of Samhain was to insure his return. Even witches admit this involved human sacrifice.

Both animal and human blood were believed to be needed to resurrect Bel on Samhain. Human blood was believed to open the gates of Anwynn and released the spirits for a night. Thus, October 31 came to be associated with ghosts. This is not just history. Samhain is still celebrated by Pagans and is the most solemn ceremony on their “religious calendar”.

And of course it is not just Bill Schnoebelen that teaches this. In fact, the May 1977 edition of National Geographic admitted that Samhain was a time when “firstborn children were sacrificed”.

So back then it definitely was not the light-hearted holiday that most Americans celebrate today.

Other “Halloween traditions” also have their roots in the Druidic practices of the ancient Celts.

For example, have you ever wondered where the “Jack-0-Lantern” comes from? Here is more from Schnoebelen…

Here it’s a pumpkin, but in Europe it was often a turnip, or a skull with a candle in it. This serves two symbols, 1) the lord of the Dead, a “god” just like a Buddha – in short, an idol. 2) The fearsome face represented the god, Samhain, who would drive off less powerful demons that night. The lights in the Jack-o-Lantern symbolize the “faery fires” or “Will’o the Wisps” which were believed to be the lost souls flitting through the night. They also hearken back to the huge Samhain “balefires” which were lit to help conjure back the god from the darkness.

The traditions of dressing up in costumes and going trick-or-treating also come from the Druids. The following is an excerpt from an article posted on CBN.com…

For example, among the ancient Druids, “The ghosts that were thought to throng about the houses of the living were greeted with a banquet-laden table. At the end of the feast, masked and costumed villagers representing the souls of the dead paraded to the outskirts of town leading the ghosts away.”

As already noted, Halloween was thought to be a night when mischievous and evil spirits roamed freely. As in modern poltergeist lore, mischievous spirits could play tricks on the living—so it was advantageous to “hide” from them by wearing costumes. Masks and costumes were worn to either scare away the ghosts or to keep from being recognized by them:

In Ireland especially, people thought that ghosts and spirits roamed after dark on Halloween. They lit candles or lanterns to keep the spirits away, and if they had to go outside, they wore costumes and masks to frighten the spirits or to keep from being recognized by these unearthly beings.

You may say that “it doesn’t mean that to me”, but even today there are large numbers of people that take this stuff deadly seriously.

On page 96 of the Satanic Bible, Anton LaVey wrote the following…

“After one’s own birthday, the two major Satanic holidays are Walpurgisnacht (May 1st) and Halloween.”

Most people will never see it, but in dark corners and out of the way places some incredibly sinister things will take place in America on Halloween night.

Just like for the ancient Celts, there are people out there that truly believe that it is a night to commune with the spirits.

If you are a pagan, you probably already know all of this stuff.

If you are not a pagan, you might want to think twice before you do things that could potentially open up doorways to the spirit realm.