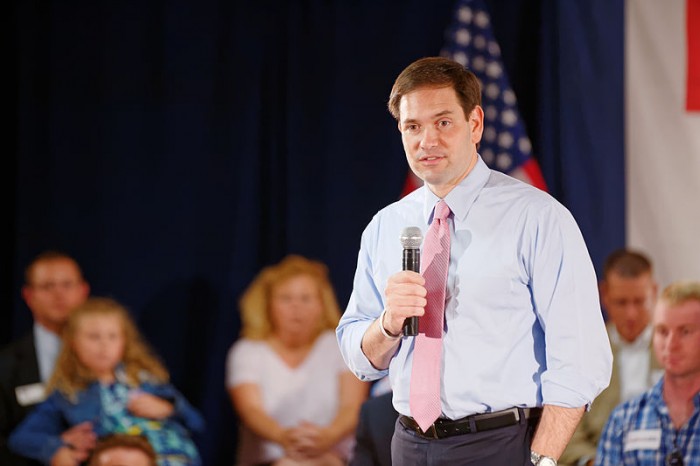 Marco Rubio’s campaign is preparing for a contested Republican Convention as one option to take the GOP nomination away from Donald Trump and Ted Cruz, his campaign manager told top donors at a closed-door meeting in Manhattan Wednesday night.

As Rubio scrambles for support ahead of Super Tuesday, Terry Sullivan, Rubio’s top adviser, used a Power Point presentation and took questions from attendees to lay out the two courses that Rubio’s quest for the GOP nomination could take in the coming months, two people present told CNN, speaking anonymously to share details from a private meeting.

1 thought on “The Rubio campaign prepares for a contested convention”