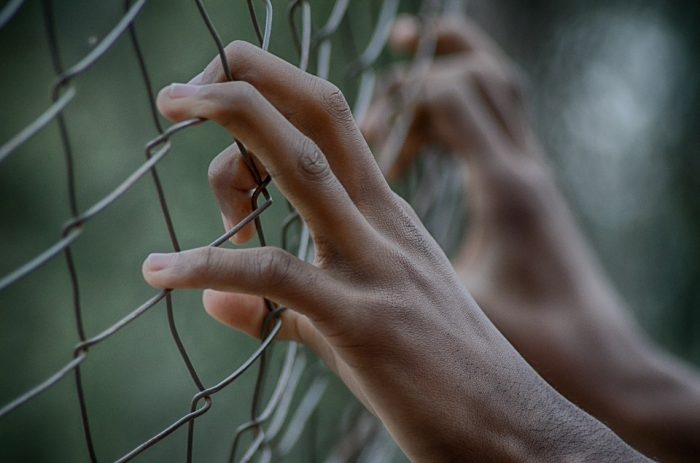 The evidence that the middle class in America is dying continues to mount. As you will see below, nearly half the country would be unable “to cover an unexpected $400 expense”, and about two-thirds of the population lives paycheck to paycheck at least part of the time. Of course the economy has not been doing that well overall in recent years. Barack Obama was the only president in all of U.S. history not to have a single year when the economy grew by at least 3 percent, and U.S. GDP growth during the first quarter of 2017 was an anemic 0.7 percent. During the Obama era, it is true that wealthy enclaves in New York, northern California and Washington D.C. did thrive, but meanwhile most of the rest of the country has been left behind.

Today, there are approximately 205 million working age Americans, and close to half of them have no financial cushion whatsoever. In fact, a new survey conducted by the Federal Reserve has found that 44 percent of Americans do not even have enough money “to cover an unexpected $400 expense”…

Nearly eight years into an economic recovery, nearly half of Americans didn’t have enough cash available to cover a $400 emergency. Specifically, the survey found that, in line with what the Fed had disclosed in previous years, 44% of respondents said they wouldn’t be able to cover an unexpected $400 expense like a car repair or medical bill, or would have to borrow money or sell something to meet it.

Not only that, the same survey discovered that 23 percent of U.S. adults will not be able to pay their bills this month…

Just as concerning were other findings from the study: just under one-fourth of adults, or 23%, are not able to pay all of their current month’s bills in full while 25% reported skipping medical treatments due to cost in the prior year. Additionally, 28% of adults who haven’t retired yet reported to being grossly unprepared, indicating they had no retirement savings or pension whatsoever.

But just because you can pay your bills does not mean that you are doing well. Tens of millions of Americans barely scrape by from paycheck to paycheck each and every month.

In fact, a survey by CareerBuilder discovered that 75 percent of all Americans live paycheck to paycheck at least some of the time…

So please don’t be fooled into thinking that the U.S. economy is doing well because the stock market has been hitting new record highs.

The stock market was soaring just before the financial crisis of 2008 too, and we remember how that turned out.

The truth is that the long-term trends that have been eating away at the foundations of the U.S. economy continue to accelerate, and the real economy is in substantially worse shape this year than it was last year.

Just about everywhere you look, businesses are struggling and stores are shutting down. Yes, there are a few wealthy enclaves where everything seems wonderful for the moment, but for most of the country it seems like the last recession never ended.

In a desperate attempt to stay afloat, a lot of families have been turning to debt to make ends meet. U.S. household debt has just hit a brand new all-time record high of 12.7 trillion dollars, but we are starting to see an alarming rise in auto loan defaults and consumer bankruptcies. This is precisely what we would expect to see if the U.S. economy was moving into another major recession.

In fact, we are seeing all sorts of signs that point to a major economic slowdown right now. Just check out the following from Wolf Richter’s latest article…

Over the past five decades, each time commercial and industrial loan balances at US banks shrank or stalled as companies cut back or as banks tightened their lending standards in reaction to the economy they found themselves in, a recession was either already in progress or would start soon. There has been no exception since the 1960s. Last time this happened was during the Financial Crisis.

Commercial and industrial loans outstanding fell to $2.095 trillion on May 10, according to the Fed’s Board of Governors weekly report on Friday. That’s down 4.5% from the peak on November 16, 2016. It’s below the level of outstanding C&I loans on October 19. And it marks the 30th week in a row of no growth in C&I loans.

Perhaps we will be very fortunate and break this pattern that has held up all the way back to the 1960s.

But I wouldn’t count on it. Here is what Zero Hedge has to say about this alarming contraction in commercial and industrial loans…

Here’s the bottom line: unless there is a sharp rebound in loan growth in the next 3-6 months – whether due to greater demand or easier supply – this most accurate of leading economic indicators guarantees that a recession is now inevitable.

We are way overdue for a recession, the hard economic numbers are screaming that one is coming, and the financial markets are absolutely primed for a major crash.

As Americans, we tend to have such short memories. Every time a new financial bubble starts forming, a lot of people out there start behaving as if it can last indefinitely.

But of course no financial bubble is going to last forever. They all burst eventually, and now the biggest one in U.S. history is about to end in spectacular fashion.

Trump will get a lot of the blame since he is the current occupant of the White House, but the truth is that the conditions for the next crisis have been building up for many years, and the horrors that the U.S. economy is heading for were entirely predictable.