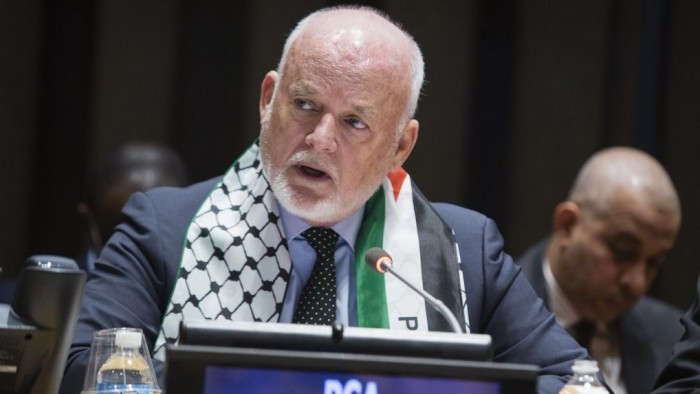 Last month, the President of the UN General Assembly, Peter Thomson, sported the famous checkered scarf, the keffiyah, a symbol of the “Palestinian resistance” (read terrorism). This is simply the continuation of the cultural obliteration of Israel, which is supposed to justify next its physical obliteration.

The fate of Judeo-Christian civilization — Christianity as well as Judaism — on which all our values are based, is tied to the fate of the State of Israel. If Israel ceases to exist, so does Christianity. The world has been witnessing how the few Christians and other non-Muslims still remaining in the rest of the Middle East — once the glorious Christian Byzantium — are being slaughtered, now that the Jews and Greeks are gone.