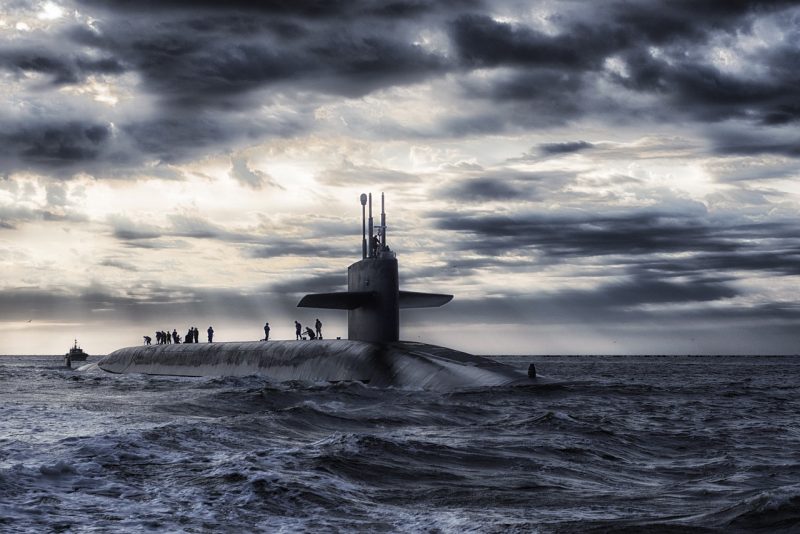 While most of the U.S. population is distracted by other matters, the Biden administration continues to march us even closer to war with both Russia and China.  It is understandable that so much attention is being given to the craziness surrounding the COVID pandemic, our very serious economic problems and the growing violence in our streets, but ultimately our deteriorating relationships with Russia and China will become even bigger news than any of those stories.  If we stay on the path that we are currently on, there will inevitably be war with Russia and there will inevitably be war with China.  I do not believe that either of those conflicts will erupt this week or this month, but thanks to the recklessness of the Biden administration we are relentlessly moving toward war.  So even though most of my articles address concerns that are of a more immediate nature, I am going to keep my readers periodically updated on these developments, because this is a story that isn’t going to go away.

On Tuesday, Vladimir Putin warned the United States and NATO not to deploy troops or missiles in Ukraine…

Russian President Vladimir Putin warned NATO and the US Tuesday that any deployment of troops or missiles in Ukraine would cross a “red line” and prompt a military response.

“The emergence of such threats represents a ‘red line’ for us,” the Russian leader said. “I hope that it will not get to that and common sense and responsibility for their own countries and the global community will eventually prevail.”

Of course this is not the first time Putin has issued such a warning.  For months, the Russians have been making it clear that they will not tolerate western forces in Ukraine.

The Russians are particularly concerned about missiles, because a missile launched from Ukraine could potentially hit Moscow in five minutes.

It is kind of like the Cuban missile crisis in reverse.  For good reason, the U.S. didn’t want Russian missiles in Cuba because of the close proximity.  Similarly, the Russians don’t want western missiles right on their doorstep.

Unfortunately, instead of defusing the situation we continue to see NATO sending more “military hardware” into Ukraine in order to stop a potential “Russian invasion”…

Russian Foreign Minister Sergei Lavrov accused NATO on Tuesday of deploying a significant amount of military hardware near Russia’s borders and said Moscow could respond to security threats from Western countries and Ukraine if necessary.

U.S., NATO and Ukrainian officials have raised the alarm in recent weeks over what they say are unusual Russian troop movements near the border with Ukraine, and have suggested that Moscow might be preparing to launch an attack. Moscow has denied any plans to do so.

Most Americans don’t realize this, but this is a tinderbox that could literally explode at any time.

Meanwhile, the Russians continue to prepare for a future global conflict.  A few weeks ago, Putin announced that testing of Russia’s new hypersonic missiles was almost done…

Vladimir Putin said that the hypersonic weapon with maximum speed of Mach 9 will appear in Russia in the near future.

These missiles can move at unimaginable speeds, and the U.S. has absolutely no way to defend against them.

Even more alarming, Putin is saying that Russia will be deploying “sea-based” hypersonic missiles early next year…

Speaking to gathered experts, Putin called the development of high-speed missiles as a “necessary” response to “Western actions.”

“We have already successfully conducted tests, and from the beginning of the year we will have in service a sea-based hypersonic missile of Mach 9,” Putin said.

Russia’s “black hole submarines” are so quiet that they can literally sneak up to our coastlines without anyone ever detecting them.

So imagine a scenario where a whole bunch of them suddenly surface just off our coastlines and launch hypersonic missiles which start hitting our coastal cities within just moments.

A senior U.S. Space Force officer has stressed that China’s new hypersonic weapon system is indeed orbital in nature and could be able to stay in space for an extended period of time. This is the latest piece of official information about this novel system that reportedly uses some kind of hypersonic glider, which may be capable of launching its own projectiles to actually execute a strike.

At this point, both Russia and China are miles ahead of us when it comes to developing hypersonic weapons.

But at least the U.S. military has them both beat when it comes to conducting diversity seminars.

As bad as things are with Russia, I actually believe that war with China is even closer.

Taiwan is the primary source of contention between the Chinese and the Biden administration, and things just continue to get even more tense.

In fact, China just sent “about 150 aircraft” into Taiwanese airspace over a recent four day period…

The past few days have been busy in airspace off Taiwan’s southern coast, in what’s been a steady uptick of such threatening flights. “Over the past year, the frequency of Chinese incursions has increased, with about 150 aircraft over a period of four days,” The Associated Press tallied by the close of Sunday.

This could mark a new record set over a four-day time period, given the first week of October say 145 PLA aircraft within the same window, a prior record. The actions had corresponded with China’s 72nd annual National Day.

I am entirely convinced that the Chinese will pull the trigger on an invasion of Taiwan at some point.

When that occurs, the U.S. and China will instantly be in a state of war.

But most Americans don’t really care about any of this.

Most Americans will just keep their heads stuck in the sand as the world continues to go mad all around them.

Unfortunately, when they do finally wake up it will be way too late to reverse course.