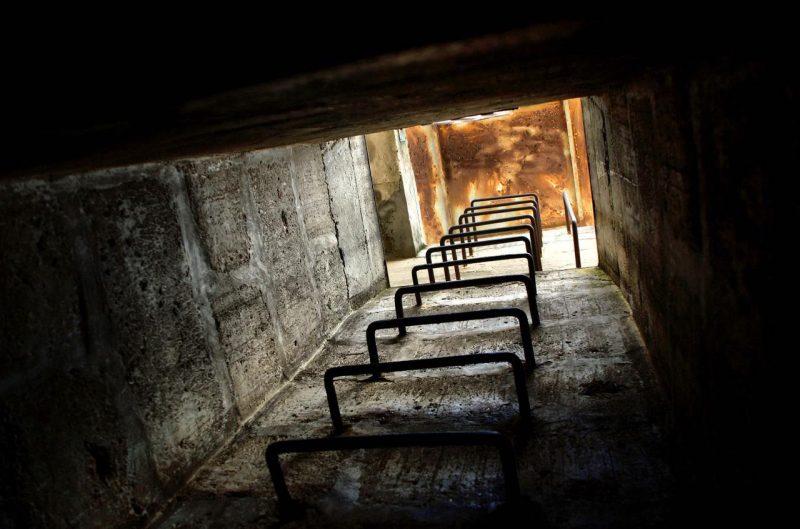 The ultra-wealthy are some of the best preppers in the entire world.  I realize that statement may sound strange to many of you, but it is actually true.  The elite are very well aware that we are on the precipice of a full-blown societal meltdown, and many of them are spending enormous amounts of time, money and energy to prepare themselves for the extremely difficult times that are rapidly approaching.  In some cases, ultra-wealthy individuals are forking out giant mountains of cash for luxurious underground bunkers in the middle of nowhere.  In other cases, elitists are actually buying citizenship in far away foreign lands that they think will be safe.  We are talking about some of the smartest and wealthiest people in our entire society, and they are so freaked out about what is coming that they have become absolutely obsessed with trying to save themselves.

Many of these individuals got to where they are today by staying one step ahead of everyone else.  That is why it is so alarming that 2,150 corporate executives sold off shares in their own companies in the month August alone.  Do they know something that the rest of us don’t?

Of course when things start getting really bad, many among the elite do not plan to stick around to see what happens.  The following comes from a Guardian article entitled “The super-rich ‘preppers’ planning to save themselves from the apocalypse”…

Many of those seriously seeking a safe haven simply hire one of several prepper construction companies to bury a prefab steel-lined bunker somewhere on one of their existing properties. Rising S Company in Texas builds and installs bunkers and tornado shelters for as little as $40,000 for an 8ft by 12ft emergency hideout all the way up to the $8.3m luxury series “Aristocrat”, complete with pool and bowling lane. The enterprise originally catered to families seeking temporary storm shelters, before it went into the long-term apocalypse business. The company logo, complete with three crucifixes, suggests their services are geared more toward Christian evangelist preppers in red-state America than billionaire tech bros playing out sci-fi scenarios.

There’s something much more whimsical about the facilities in which most of the billionaires – or, more accurately, aspiring billionaires – actually invest. A company called Vivos is selling luxury underground apartments in converted cold war munitions storage facilities, missile silos, and other fortified locations around the world. Like miniature Club Med resorts, they offer private suites for individuals or families, and larger common areas with pools, games, movies and dining. Ultra-elite shelters such as the Oppidum in the Czech Republic claim to cater to the billionaire class, and pay more attention to the long-term psychological health of residents. They provide imitation of natural light, such as a pool with a simulated sunlit garden area, a wine vault, and other amenities to make the wealthy feel at home.

Of course the vast majority of us don’t have lots of extra money to spend on a giant underground bunker.

But for those that can afford it, I certainly can’t blame them for wanting one.

Things are going to get really bad in the years ahead.

Loaded liberals are forking out millions of dollars for ‘golden passports’ because they are scared of a Trump-led civil war in 2024, immigration lawyers have revealed.

The wealthy wokes are spending huge sums to bag visas that allow them escape to countries like Austria, Turkey, Jordan and the Caribbean, according to attorneys running the processes.

Consultants say they’ve seen a massive spike in interest for citizenships for second countries over the last few years.

In theory, such a plan sounds good.

If things get crazy in the United States, just hop on a private plane and head to a nice peaceful nation on the other side of the planet.

But what if we are facing emergencies that are truly global in nature?

In that case, such a plan may not work as well.

If you would like a “golden passport” in the future, you might want to start saving up your money, because they aren’t cheap…

The cost of acquired citizenship ranges from the low six-figures to many millions of dollars.

Some Atlantic islands are ultimately affordable, while chic-European countries will cost you a pretty-penny.

Sadly, the vast majority of the population simply cannot afford to do much at all to prepare for the hard times that are approaching because most people are just barely scraping by these days.

In fact, many Americans that are working as hard as they can “do not earn enough to cover a basic family budget”…

More than one-third of U.S. families that work full time year-round do not earn enough to cover a basic family budget, according to a recent report from researchers at Brandeis University’s diversitydatakids.org program at the Institute for Child, Youth and Family Policy.

The situation is even more dire for Black and Hispanic families, according to the report. More than half cannot afford basic needs, compared to 25% of white families and 23% of Asian and Pacific Islander families. Inequities remain even when controlling for education and occupation.

I was stunned when I first came across those numbers.

For low-income families – those whose income falls below 200% of the supplemental poverty measure, or $52,492 for two adults and two related children in 2020 it’s – 77% who can’t pay the bills despite working full time.

In 2020, more than a quarter of the population, 89.7 million people, were considered low income per the Population Reference Bureau, a nonprofit that collects statistics for research on the health and structure of populations.

So many people out there are just trying to survive from month to month.

In an article that I posted a couple of days ago, I mentioned the fact that about 20 million households in the United States are currently behind on their utility bills.

If you can’t even pay your power bill, of course you don’t have any money for prepping.

Survey after survey has shown that well over half of the country is living paycheck to paycheck, and that means that the majority of the population simply does not have the resources necessary to adequately prepare for what is ahead of us.

But the elite have more cash than they know what to do with, and they are spending big to try to ensure that they will survive whatever happens.

If you have the resources to do so, I would encourage you to also work feverishly to get prepared before the window of opportunity that we currently have closes completely.