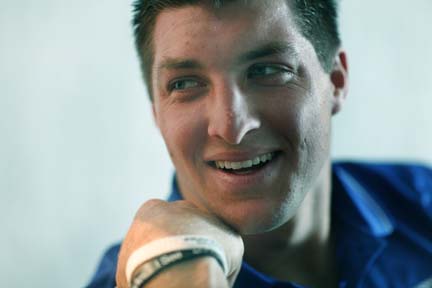 Tim Tebow was in an Orlando Walmart over the weekend surprising shoppers by paying off their layaway tabs on behalf of Good Morning America.

One of the people Tebow helped was Jasmine Nunes, who had to call her mom after getting her bill paid.

“Girl, it was Tim Tebow that came up here and paid my layaway.”

Another shopper, Damara Jarrett, told Tebow that she had lost her car and had put Christmas gifts on layaway for her two children.

“You don’t understand how hard I’ve been working,” Jarrett told Tebow after he revealed GMA was paying the bill. “And then I said I was going to take stuff off because I can’t afford everything, and then this. Just thank you. I just want to cry.”