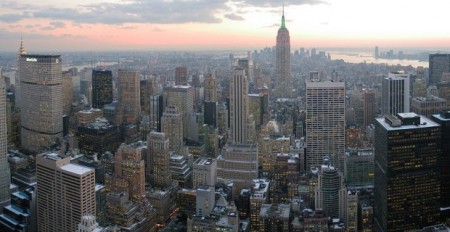 A U.S. Army report warns that American troops need to be prepared to enter New York City and other global “megacities” in order to prevent civil unrest, political uprisings and protect key infrastructure and natural resources in the national interest.

The report, entitled Megacities and the United States Army (PDF), was released by the Chief of Staff of the Army, Strategic Studies Group.

Cautioning that the power of national governments to deal with the problems caused by increasing urbanization and the growth of megacities is “diminishing,” the report notes, “It is inevitable that at some point the United States Army will be asked to operate in a megacity and currently the Army is ill-prepared to do so.”

Given increasing concerns about martial law and the militarization of domestic law enforcement in the United States, some will be concerned to learn that one of these “megacities” where U.S. troops may operate is New York City.

Indeed, the report notes that, “It is plausible that the Army could be called to act in one of these places tomorrow. As their size and importance grows, it becomes probable.”

Reasons given for why U.S. troops may be sent into major cities to deal with social dislocation include “unrest,” “income disparity,” “natural disasters,” and “illicit networks” who challenge state power. According to the report, all of these problems will create “friction which compels future military intervention” that “will require boots on the ground.”