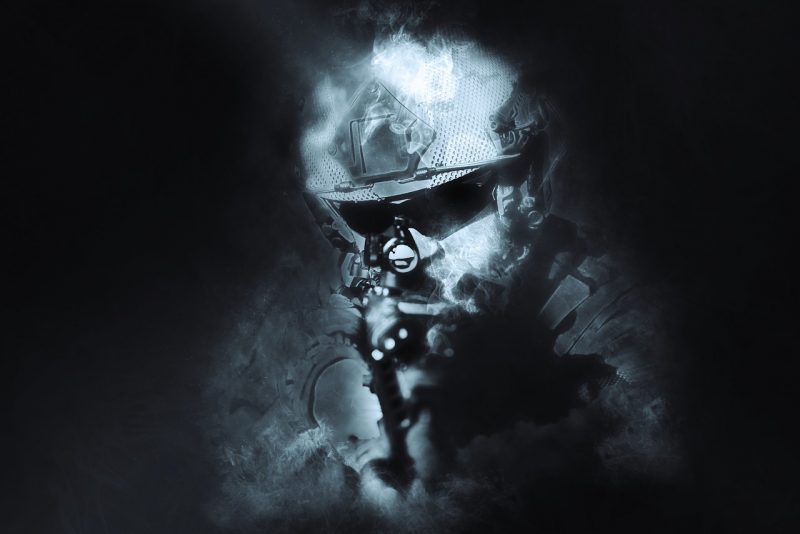 Could this be the spark that causes World War 3 to erupt?  At this hour, Russian and Ukrainian military forces continue to rush toward the conflict zone, and to say that things are “tense” in the region would be a tremendous understatement.  As I discussed yesterday, when Ukrainian President Volodymyr Zelensky signed Decree No. 117/2021 on March 24th, it was essentially a declaration of war against Russia.  Since that time, Russian forces have been massing along the borders in numbers that we have never seen before.  Video after video of Russian tanks, military vehicles and troops being moved toward the conflict zone have been posted on social media, and the Ukrainians have responded by making similar moves.  But if the Russians launch a full-blown invasion, the Ukrainians will be totally outmatched, and they will ask the United States and NATO to intervene.

Since March 24th, there have been hundreds of ceasefire violations, but the ceasefire cannot be violated any longer because it officially expired on April 1st.

On Thursday, there were multiple reports of Ukrainian forces taking direct fire.  This was not reported by anyone in the corporate media in the United States, and so I had to go to a Ukrainian source to find out exactly what is going on.  The following is an English translation of a report that was posted on the official website of the Ukrainian military…

In the area of ​​responsibility of the operational and tactical group “East”, near the settlements of SAND and WATER, in the Azov Sea, the occupiers opened fire with grenade launchers of various systems, large-caliber machine guns and small arms.

In the area of ​​responsibility of the operational and tactical group “North”, near the settlements of SVITLODARSKE, LUHANSKE and ZOLOTE-4, the invaders fired at our positions with automatic machine-gun and hand-held anti-tank grenade launchers, large-caliber machine guns and machine guns.

From this point forward, there will probably be regular reports of both sides firing on one another.

But will the conflict soon become much larger than that?

I think that it is a really bad sign that the separatists in eastern Ukraine just announced that those born from 1994 to 2003 will start to be conscripted for military service.

In addition, the EU is accusing Russia of initiating “a conscription campaign in the Crimea peninsula”…

The European Union said Russia had launched a conscription campaign in the Crimea peninsula in a move that broke international law.

These are very alarming developments, because they indicate that the Russians and the separatists in eastern Ukraine believe that an extended military conflict is approaching.

Of course the Russians wouldn’t actually need any new conscripts in order to defeat Ukraine.  The Russian military is vastly superior to the Ukrainian military, and Ukrainian Commander-in-Chief Ruslan Khomchak believes that there are more than 32,000 Russian troops currently in Crimea in addition to the 28,000 separatist troops in eastern Ukraine…

Khomchak had also said that Russia has around 32,700 military personnel in Crimea, at present. Since annexing the territory in 2014, the Kremlin has significantly expanded its military presence there to include air, naval, and ground-based assets, including anti-ship cruise missile and surface-to-air missile batteries.

Russia also oversees some 28,000 personnel in “separatist” units in areas of eastern Ukraine known collectively as the Donbass who have been fighting the government in Kyiv since 2015. Though the Kremlin denies it, the evidence is clear that a substantial portion of these forces is simply regular Russian military units deployed on Ukrainian soil. There are also strong links between Russia’s intelligence services and ostensibly “local” forces.

When asked why so many troops are being moved toward Ukraine, a Kremlin spokesman said that this “should not bother anyone”…

Kremlin spokesman Dmitry Peskov offered a trio of seemingly contradictory dismissals regarding the sudden movement of Russian forces and equipment along its border with Ukraine and in Crimea, as well as a mortar attack last week by Russian-backed troops that killed four Ukrainian soldiers for which Kiev blames Russia.

“The Russian Federation moves its armed forces within its territory at its own discretion. This should not bother anyone, it poses no threat to anyone,” Peskov told reporters on Thursday morning, according to a translation of his remarks. He also said that Russia feels threatened by what it considers “increased activity of the armed forces of NATO countries” and others that “obliges us to be on the alert.”

Ultimately, these troop movements almost certainly never would have happened if Ukrainian President Volodymyr Zelensky had not signed Decree No. 117/2021.

And of course Ukrainian President Volodymyr Zelensky never would have signed Decree No. 117/2021 if he had not been given the green light to do so by the White House.

In the end, this is a game of chess between the Biden administration and the Kremlin, and one false move could plunge us into World War 3.

Unfortunately, the rhetoric on both sides just continues to escalate.  On Thursday, the U.S. State Department once again accused the Russians of being “aggressive”…

“What we would object to are aggressive actions that have an intent of intimidating, of threatening, our partner Ukraine.”

Defense Secretary Lloyd Austin spoke to Ukraine’s minister of defense on the phone Thursday to express “unwavering U.S. support for Ukraine’s sovereignty” and to condemn Russian aggression in the country.

But if the Russians actually launched a full scale ground invasion of Ukraine, there would be nothing the U.S. could do to stop it.

Of course the U.S. could decide to strike back militarily in other ways, and that could set off a chain reaction which could result in global war.

The corporate media in the United States loved to bash the Trump administration, but while Trump was in the White House there was never a threat that World War 3 was about to start.

Unfortunately, the warmongers in the Biden administration are now running the show.  They seem to think that they can push the Russians around, but if they miscalculate even just a little bit it could have disastrous consequences for all of us.