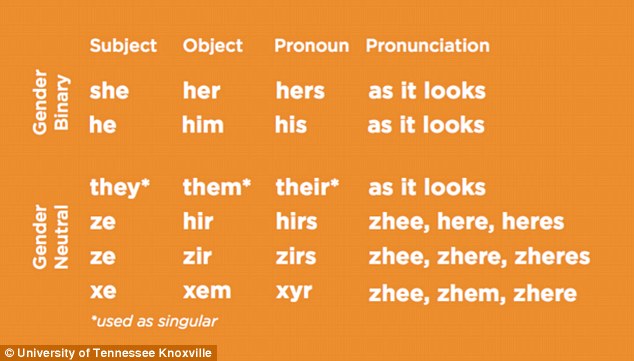 The University of Tennessee has told its staff and students to stop calling each other ‘he’, ‘she’, ‘him’ and ‘her’ – and to start referring to one another with terms like ‘xe’, ‘zir’ and ‘xyr’ instead.

The Knoxville branch of the public university, which has 27,400 students, sent a memo round to its members filled with unusual new parts of speech to avoid referring to anybody’s gender.

According to a gay rights official at the university, the new language regime will make the university ‘welcoming and inclusive’ and stop people feeling ‘marginalized’.