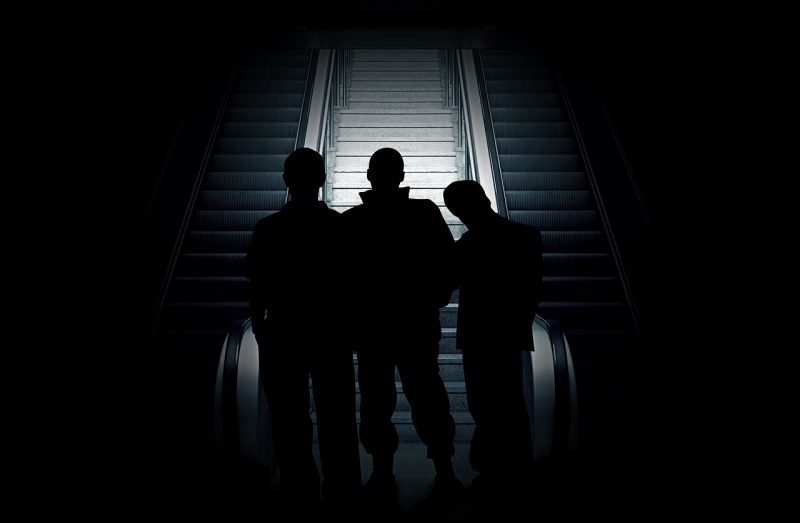 I can’t understand why anyone would still want to live in California.  Yes, there are lots of high paying jobs and the weather is very nice, but crime is completely and utterly out of control.  As you will see below, a new report that has just been issued is warning that violence in the state has now reached “epidemic” levels.  The police are doing what they can to try to contain the violence, but at this point they are vastly outnumbered by the predators.  Sadly, this is the end result of literally decades of cultural rot, and what is happening in California is going to happen to the rest of the nation if we do not take urgent action to turn things around.

Originally, I was going to write about something else today.  Tens of thousands of rail and port workers are threatening to go on strike, and this could definitely cause some substantial economic disruptions…

America is bracing for chaos as tens of thousands of railway, port, and hospital workers look set to strike over the winter – plunging the country into further disruption.

As many as 60,000 railway workers, 15,000 nurses, and 22,000 West Coast port workers are plotting mass walkouts as they seek better working conditions.

Several US freight railroads said they were preparing for widespread strike and service interruptions Friday, a deadline set by two holdout labor groups in protracted talks with railroad carriers about better benefits.

But even though these strikes could cause severe short-term problems, they will eventually be resolved.

So in the greater scheme of things, they really aren’t a major concern.

On the other hand, our cultural decay is a massive ongoing crisis that isn’t going to go away.

As I mentioned earlier, a brand new report that was just released is warning that violence in the state of California has risen to “epidemic” levels…

The Golden State is losing its luster. A troubling new report labels physical and sexual violence in pandemic-era California a statewide “epidemic.” To put it simply, violence is on an alarming rise.

According to the new annual report from the California Study on Violence Experiences across the Lifespan (CalVEX), violence statistics have seen a significant increase since COVID-19 emerged. The report, conducted by scientists at the University of California San Diego School of Medicine, reports more than one in six Californians (18%) experienced either physical or sexual violence in just the past year.

If you live in one of the biggest cities in California, this isn’t news to you.

Once upon a time, the state was a place of great beauty and great tranquility, but now it has been transformed into a crime-infested hellhole.

While more than 1.5 million adults in California admit to committing acts of sexual violence in the past year, men were more than two times as likely as women to report that they perpetrated sexual violence and intimate partner violence.

Women also showed greater mental health impacts and life disruptions due to violent experiences, with 82 percent of women reporting anxiety or depression as a result of physically aggressive, coercive or forced sexual behavior.

Of course much of this violence is being fueled by illegal mind-altering drugs.

Can anyone explain to me why Democrat voters enjoy seeing this so much they just keep voting for more? pic.twitter.com/hq4unJn0S8

I will never understand why people would willingly do that to themselves.

Today, we are facing the biggest drug crisis that we have ever seen in American history, and addicts will often do whatever it takes to get another fix.

Sadly, this is one of the factors that is contributing to skyrocketing rates of shoplifting all over the nation…

We are all painfully aware of the huge rise in shoplifting and even violent robberies of stores. We watch the videos of thugs brazenly raiding stores, and read about the organized crime rings that have sprung up to profit from the trend. Shoplifting has become a big, if criminal business. Chances are that if you use eBay to purchase a wide range of products at reduced prices you have unwittingly purchased stolen goods. No good way for eBay to stop the practice.

People say high rent causes homelessness but Ben, who has been homeless in San Francisco for 7 years, says the “vast majority” are homeless due to addiction. Just 6-7% are from SF. Ben says he “boosts” (shoplifts) and breaks into cars to pay for his $60/day heroin habit. pic.twitter.com/uewKTtBuOS

There have been homeless addicts in the streets of San Francisco for years, but now we have reached a point where they are seemingly everywhere.

I saw complete hopelessness in the eyes of haunted souls dragging themselves down the street looking for their next fix.

I saw men and women of all ages hunched over on the sidewalks with open wounds all over their bodies.

I saw the filthy tent cities stinking with human excrement and strewn with needles and pipes.

I saw children staring in horror at people dying right in front of them.

At one time, such activity was limited to the bad portions of the city.

But now addicts that have been drugged out of their minds are pulling down their pants and crapping in the streets right in front of some of the most expensive real estate in San Francisco.

This has made the wealthy people really angry, and Mayor Breed says that she is finally going to “get serious” about this crisis.

Of course “getting serious” doesn’t mean arresting a bunch of people and throwing them into prison.

That just wouldn’t be very “progressive”.

Instead, authorities in San Francisco are getting ready to launch a “soft-touch” program that will seek to “interrupt” drug trafficking…

And here’s the catch, and it’s a doozy: the plan is being touted as, ‘a way that nobody’s going to jail but we’re doing an effective job of interrupting the drug market and drug scenes.’

Is this a sick joke?

Yes, it certainly sounds like a sick joke to me.

Good luck with all that.

If major cities such as San Francisco actually want to have a chance of turning things around, they need to send the police out to round up all the drug dealers.

Unfortunately, police forces in many of our biggest cities are rapidly getting smaller.

In fact, a whopping 122 officers have left the Seattle Police Department in 2022 alone…

The liberal city of Seattle is losing police officers amid a major spike in crime, 770 KTTH reported.

I wouldn’t want to be a police officer in a major west coast city at this point either.

They are underpaid, the politicians treat them with tremendous disdain, and they are often hindered by absolutely ridiculous regulations which keep them from doing their jobs effectively.

Our society is melting down right in front of our eyes, and if we stay on the path that we are currently on there is no future for our country.

But the politicians insist that people like me have it all wrong.

They continue to tell us that things are better than ever and that a glorious future for our nation is dead ahead.

You can believe that if you want, but the truth of what is really happening to our society is on display for the whole world to see.

America is dying, and we are quickly running out of time to turn things around.