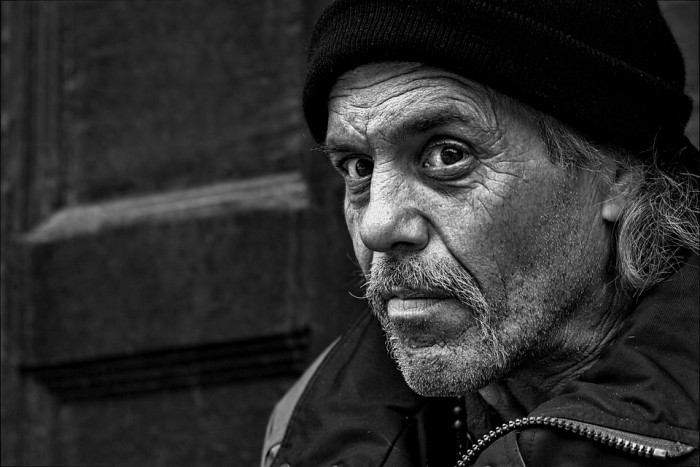 If you want to be a “Good Samaritan” to the homeless in your community, you might want to check and see if it is legal first. All over the country, cities are passing laws that make it illegal to feed and shelter the homeless. For example, in this article you will read about a church in Maryland that was just fined $12,000 for simply allowing homeless people to sleep outside the church at night. This backlash against homeless people comes at a time when homelessness in America is absolutely exploding. In a previous article, I shared with my readers the fact that the number of homeless people in New York City has just set a brand new all-time high, and the homelessness crisis in California has become so severe that the L.A. City Council has formally asked Governor Jerry Brown to declare a state of emergency. Sadly, instead of opening up our hearts to the rapidly growing number of Americans without a home, way too many communities are trying to use the law to force them to go somewhere else.

For nearly two thousand years, churches have been at the forefront of helping the poor and disadvantaged, but now many communities are trying to stop this from happening. Earlier today, I was absolutely stunned when I came across an article that talked about how a church in Dundalk, Maryland has been fined $12,000 for allowing the homeless to sleep outside the church at night…

“I showed up Wednesday morning to find a citation on the door that said we’re going to be fined $12,000 and have a court date because we have unhoused homeless people sleeping outside the church at night,” said Reverend Katie Grover with the Patapsco United Methodist Church.

Grover added that the men and women who sleep outside their doors do so because they have nowhere else to go and because they feel safe there.

“We feel we here as a church that it’s scriptural mandate that’s it an imperative to care for the least, the last, the lost, the poor, the hungry,” she said.

The authorities in Dundalk say that the church is running a “non-permitted rooming and boarding house”, and the severity of this fine is likely to put the church in significant financial difficulty if it is forced to pay it. You can watch a local news report discussing this story on YouTube right here…

Of course Dundalk is far from alone. All across the U.S. laws have been passed that specifically target the homeless. According to the National Coalition for the Homeless, the following are some of the most typical ways that the homeless are targeted…

There are some people that have been feeding the hungry for decades that now find that their work has been suddenly made illegal. For instance, down in Houston a Good Samaritan named Jay Hamberger is outraged that the help that he has been providing to the homeless for 27 years has now made him an outlaw…

Jay Hamberger has been bringing food to Houston’s homeless for 27 years. He feels the city is infringing on his right to help others by requiring him to have prior permission to distribute food on public and private property.

“I’ve done it with impunity for 27 years now, and I’m the most law-abiding outlaw, because what I’m doing is illegal,” Hamberger said. “My understanding is that there’s no legal way to make this right with the city.”

This is just another example of how our society is being strangled to death by control freaks.

If I see someone that is desperately hungry and I want to give that person food, then I am going to do it no matter what the law says.

Unfortunately, as the homelessness crisis continues to escalate these types of laws are only going to increase. Even in supposedly “tolerant” areas of the country we are seeing draconian measures being implemented. For example, just check out the new ordinance that was just passed in Los Angeles…

LA legislators passed an ordinance that would ban people from sleeping in cars and recreational vehicles (RVs) near homes, parks and schools. Advocates see the ordinance as the latest move to criminalize homeless people.

The Los Angeles City Council voted in favor of the ordinance on Wednesday. Banning people from sleeping near homes, schools and parks in their vehicles, would, if signed into law, only make it legal to sleep overnight in cars and RV’s in industrial or commercial districts from 9:00pm to 6:00am.

As millions of Americans have fallen out of the middle class in recent years, we have seen an explosion in the number of people living in cars, trucks and recreational vehicles. This is something that I addressed in my recent article entitled “Living In A Van Down By The River – Time To Face The True State Of The Middle Class In America“. During this time of the year many that live in their vehicles head for warmer climates, and cities like Los Angeles are responding to the influx of homeless people by trying to force them to go somewhere else.

And this “war on the homeless” has actually been ramping up for quite a while. Just check out these numbers from the Washington Post…

Cities have enacted a wave of crackdowns and new laws against panhandling, camping and other activities associated with homelessness. They say such efforts help preserve the renewed vitality, curbing crime, health problems and behaviors that bother residents and disrupt business.

Between 2011 and 2014, the National Law Center on Homelessness & Poverty found that bans on sleeping in cars shot up 119 percent, citywide camping prohibitions jumped 60 percent, anti-loitering laws increased 35 percent and anti-begging laws increased 25 percent in a survey of 187 cities.

Homeless people do not have a permanent address, and there is always a temptation to try to force them to go somewhere else so that they become someone else’s problem.

But the truth is that we have a massive national crisis on our hands. The number of homeless children in this country has increased by 60 percent since the end of the last recession, and the number of homeless people sleeping in shelters has risen to record levels in major cities on both the east and west coast.

And considering the fact that about two-thirds of the country is currently living paycheck to paycheck, how bad will things get once the next major recession strikes?

Poverty is growing all over the nation, and at the same time hearts all over America are growing very cold.

I truly fear for what this country is going to look like just a few years from now.

1 thought on “War On The Homeless: Cities All Over America Are Passing Laws Making It Illegal To Feed And Shelter Those In Need”