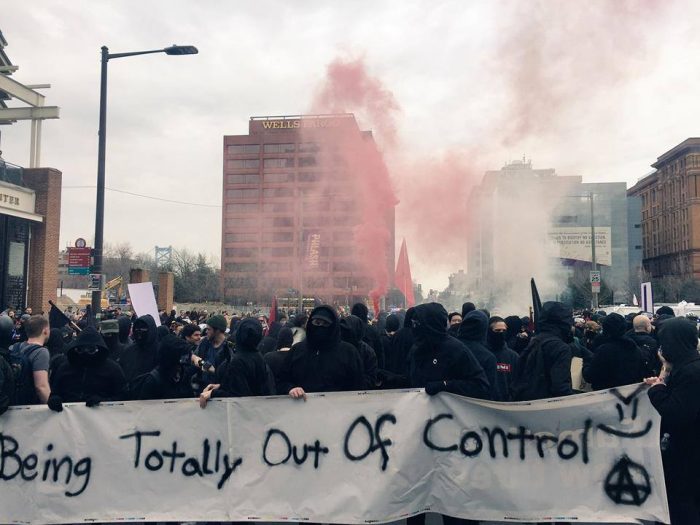 On November 4th, Antifa is pledging to “gather in the streets and public squares of cities and towns across this country”, and they are promising not to end their protests until “the Trump/Pence Regime” is “removed from power”. But of course these won’t be entirely peaceful protests. In fact, Antifa activists are very open about the fact that “violence is necessary” in order to achieve their goals. This open embrace of violence has gotten the attention of federal law enforcement authorities, and the DHS and the FBI have both warned that Antifa is engaging in “domestic terrorist violence”. Starting with the protests around the nation on November 4th, Antifa is pledging to do whatever is necessary to end the presidency of Donald Trump. How far is Antifa ultimately willing to go in order to achieve that goal?

In part 1 of this series, I discussed the horrific events that transpired on Sunday in Las Vegas. It appears that the shooter, Stephen Craig Paddock, may have been involved in anti-Trump protests and at least one outlet is reporting that Antifa literature was discovered in his hotel room.

If Paddock was inspired by Antifa, it would make sense that he would specifically choose to target a country music festival, because there would certainly be a very high percentage of Trump supporters in attendance.

Will we see similar acts of mass violence as Antifa becomes even more active across the country?

Approximately one month from now, Antifa plans to unleash their biggest protests ever, and they are promising never to stop them until Trump is out of office. The following is an extended excerpt from a “press release” that was posted on refusefascism.org…

We will gather in the streets and public squares of cities and towns across this country, at first many thousands declaring that this whole regime is illegitimate and that we will not stop until our single demand is met: This Nightmare Must End: the Trump/Pence Regime Must Go!

Our protest must grow day after day and night after night—thousands becoming hundreds of thousands, and then millions—determined to act to put a stop to the grave danger that the Trump/Pence Regime poses to the world by demanding that this whole regime be removed from power.

Our actions will reflect the values of respect for all of humanity and the world we want—in stark contrast to the hate and bigotry of the Trump/Pence fascist regime.

Our determination to persist and not back down will compel the whole world to take note. Every force and faction in the power structure would be forced to respond to our demand. The cracks and divisions among the powers already evident today will sharpen and widen. As we draw more and more people forward to stand up, all of this could lead to a situation where this illegitimate regime is removed from power.

In “Living A Life That Really Matters”, I discuss the rising tide of violence that we see coming from the radical left. The “black bloc tactics” that they are using have no place in a civilized society, but Democrats have been very slow to denounce them. Instead, the mainstream media and top Democrats continue to stir up even more anger and even more hatred, and this is going to fuel more acts of violence. Since I am running for Congress, this is something that my wife and I have discussed frequently, because obviously she doesn’t want anything to happen to me.

I don’t know if we have ever had a time in modern American history when the left has embraced violence so openly. According to Paul Joseph Watson, Antifa’s plans are largely based on a book that was authored by an American communist activist entitled “The Coming Civil War”…

Vowing to stop the “unrelenting terror” of the Trump administration, the group asserts that, “The stakes are nothing less than the future of humanity and the planet itself,” typically hysterical rhetoric which when combined with Antifa’s violent tactics should be a deep cause for concern for law enforcement bodies.

None of us should want violence. That is not how our society should operate, but Antifa appears to have passed the point of return. In an undercover video produced by Steven Crowder, members of Antifa are seen “planning violent attacks, handing out sharp objects with which to stab conservatives, and even discussing the procurement of AK-47s.”

And in case you were wondering, refusefascism.org is directly connected to Bob Avakian and the Revolutionary Communist Party. This group has even gone so far as to draft an entirely new constitution for a “post-American order”…

The Revolutionary Communist Party is headed by Bob Avakian, a self-described “intellectual” who claims to have developed a new synthesis of communism.

Refuse Fascism is a front group for the Revolutionary Communist Party, a fiercely anti-American leftist group noted for its overt call to abolish the United States. WND reported in July the group protested the United States and burned American flags outside the Republican National Convention.

The party has even drafted a “Constitution for the New Socialist Republic in North America” as a template for the post-American order.

When we pledge to protect and defend the constitution of the United States from all enemies, these are the types of guys that we are talking about.

They are evil on a level that is hard to describe, and their ranks are surging. We are literally in a war for the future of our nation, and Antifa wants to make sure that struggle is a violent one.

November 4th is just the beginning. Great chaos is coming to major cities all across America, and it is going to be fueled by the radical left. Whether you want to call them “communists”, “socialists”, “leftists” or “progressives”, the truth is that they are extremely dangerous and they are an existential threat to the future of this nation and our way of life.

6 thoughts on “Was The Las Vegas Shooting A Preview Of The Violent Chaos That Antifa Plans To Unleash Starting On November 4th?”