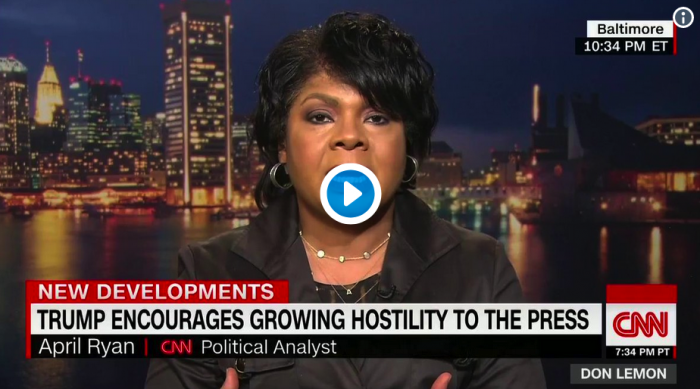 Acosta, who was heckled with “CNN sucks!” chants before Trump appeared on stage, has said he did not feel like he was in America and expressed that he is “very worried that the hostility whipped up by Trump and some in conservative media will result in somebody getting hurt.”

“Jim Acosta’s life, in my opinion, was in jeopardy … there was a safety issue.” – @AprilDRyan says President Trump has “stoked the flames” for journalists to feel like “their safety is in jeopardy, their lives are in jeopardy at these rallies.” https://t.co/nrXFcjYlMh pic.twitter.com/LTSDMOvGzh