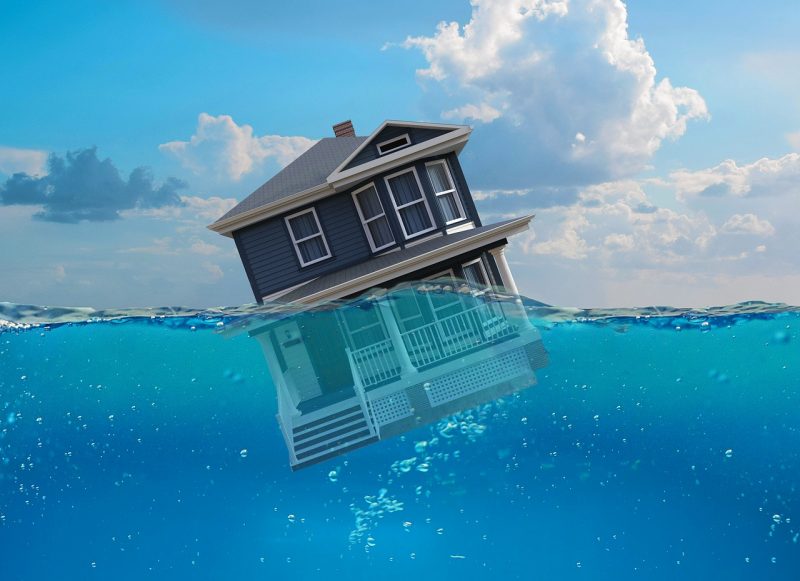 You may not want to buy a house right now.  What goes up must eventually come down, and we have just entered the “down” side of that equation.  Over the past two years, home prices in the United States have gone up nearly 40 percent.  Now mortgage rates are rising at a pace that is truly frightening, and they are likely to go even higher in the months ahead as the Federal Reserve continues to fight a relentless war against inflation.  Needless to say, higher mortgage rates mean higher potential mortgage payments for prospective home buyers, and so millions of Americans are being priced out of the marketplace right now.  The only thing that is going to bring those buyers back into the marketplace is for home prices to go down, and that is already starting to happen in some areas of the nation.

Of course our incomes have not been going up as fast as home prices have.  In fact, it is being reported that “home prices have gone up four times faster than incomes” over the past year…

Economists at the Federal Reserve Bank of Dallas put the real estate industry on edge this spring after they published a paper titled Real-Time Market Monitoring Finds Signs of Brewing U.S. Housing Bubble. Why the renewed concern? Over the past year alone, home prices have gone up four times faster than incomes. Simple economic theory, which dictates that neither home prices nor incomes can outgrow the other for very long, tells us that isn’t sustainable.

There is no way that this could continue for long, and we have reached a point where home prices in the United States are “overvalued” by almost 25 percent…

Does this mean that home prices will come down by 25 percent?

Well, it all depends on what the Federal Reserve chooses to do.

If the Fed decides to stop raising interest rates by the end of this year, the damage could potentially be minimized.

But if the Fed continues to raise interest rates throughout 2023, we are likely to see carnage that is unlike anything we have ever seen before.

Personally, I have been stunned by how rapidly mortgage rates have risen.  According to Peter Schiff, the last time that average 30 year mortgage rates crossed the 6 percent threshold was just before the last housing crash…

Lower-income homebuyers have already been priced out of the market by spiking mortgage rates. The houses that are selling tend to be in higher price ranges.

Officials at the Federal Reserve can see what is happening, but they consider taming inflation to be a much higher priority right now.

So the housing bubble will inevitably continue to implode, and the numbers for the industry will just get even uglier.  Here is more from Peter Schiff…

Air is hissing out of the housing bubble faster and faster every week.

Pending sales plunged in June and the inventory of homes on the market jumped as mortgage rates continue to rapidly rise.

Pending home sales plunged by 16% year-over-year in June. This follows on the heels of a 12% drop in May and a 9% dip in April. June marked the 10th straight month of year-on-year declines in pending sales.

Some of the hottest markets in the country have started to cool off really fast.

For example, just look at what is happening in California…

The pace of California home sales plunged 21% in June from a year earlier as soaring mortgage rates took a bite out of buyer interest, the state Realtors group reported Monday.

And what we are witnessing in Boise is really alarming.

Boise was once one of the hottest markets in the entire nation, but now sales are dropping faster than Joe Biden’s approval rating…

Before governors relaxed stay-at-home orders two years ago, white-collar professionals were already fleeing their exorbitantly priced apartments in cities like San Francisco and Seattle. The biggest beneficiary of that WFH homebuying wave was undoubtedly Boise—where home prices skyrocketed 53%. You could even call it the poster child of the pandemic housing boom.

But that Boise honeymoon is over. While spiking mortgage rates have pushed the overall U.S. housing market into a slowdown, it has delivered a particularly hard blow to the Boise housing market. That has seen both Boise home sales plummet—down 28% on a year-over-year basis—and inventory levels surge—up 161% this year. It’s also chipping away at home values. According to Zillow, the median Boise home sales price fell 3.5% in June.

This downturn is going to have enormous implications for home builders as well.

Sales are falling, and a key measure of home builder confidence just declined for the seventh month in a row…

The National Association of Home Builders/Wells Fargo Housing Market Index, which measures the pulse of the single-family housing market, fell for the seventh consecutive month to 55, the lowest level since May 2020. It is the second-biggest, one-month decline in the survey’s 37-year history.

The only time that the index has fallen more in a single month was during the very early stages of the COVID pandemic.

National Association of Home Builders CEO Jerry Howard fears that things will continue to get worse in the months ahead, and he is warning that “we’re going to go into a recession” unless something dramatic happens…

“For the last seven straight months it has been going down and this is a huge drop – and I think all it says is, ‘Somebody do something or we’re going to go into a recession,’” Howard said.

I am sorry to tell you this Jerry, but we are already in a recession right now, and it is going to get really bad.

Our leaders have been making decisions that have been mind-numbingly bad for a long time, and now we are all going to suffer the consequences.

If you are searching for an easy way out of this mess, you can stop looking, because there isn’t one.

What we are heading for is going to make 2008 and 2009 look like a Sunday picnic, and it will shake our nation to the core.