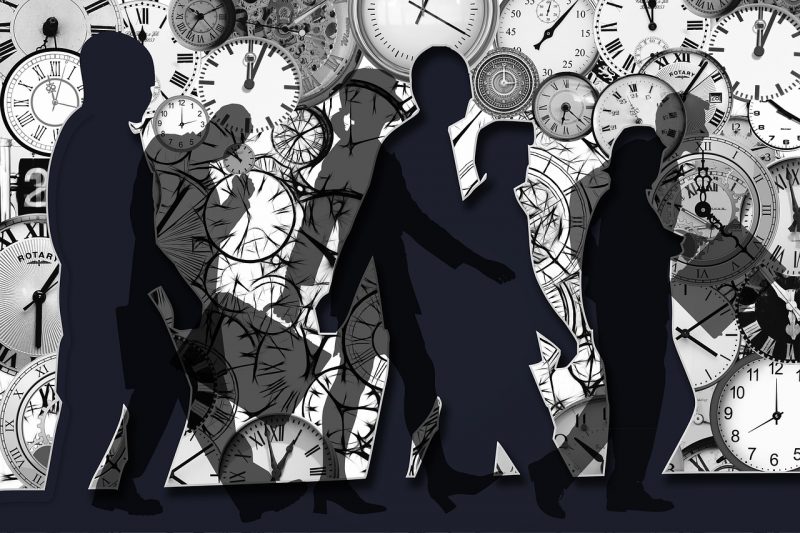 As a country, we have never been through anything like this before.  In the months ahead, millions upon millions of highly qualified people are going to be forced out of their jobs because of federal, state and local mandates that will soon be implemented.  If you think that this is a good idea, you are crazy.  How will you feel if there is a fire in your neighborhood and your home burns down because there weren’t enough firefighters?  Or how about if you have a heart attack but you have to wait three hours for an ambulance because there aren’t enough first responders?  Those are just two examples of the nightmares that communities all over America will soon be facing as we witness widespread institutional breakdowns on a massive scale.  Many had been hoping that politicians would start backing down once they realized the implications of what they were doing, but that hasn’t happened.  So in the middle of the most epic worker shortage in U.S. history we are about to see millions upon millions of dedicated American workers be ruthlessly terminated.  What our politicians are doing is morally wrong, and it is going to be absolutely disastrous.

Just consider what this is going to mean for air travel.  Approximately 40 percent of all TSA workers have not been vaccinated, and some genius decided that it would be perfect to put the deadline on the Monday before Thanksgiving…

The Transportation Security Administration says 4-in-10 members of its workforce, including screeners, remain unvaccinated against Covid-19 as its deadline looms.

The deadline for civilian federal government workers to be fully vaccinated is November 22 — the Monday before Thanksgiving, one of the busiest travel times of the year.

Can you imagine the lines that we are going to see at TSA checkpoints around the country?

If you have stood in those lines, then you know how mind-numbing they can be.

We all saw what happened when a huge number of Southwest Airlines pilots decided to call in sick for a couple of days.  It was madness, and it made headlines all over the country.

Well, imagine what would happen if such conditions lasted for months.

The co-founder of U.S. Freedom Flyers is using the term “catastrophic” to describe what our system of air travel is potentially facing…

On Monday night, an American Airlines pilot who recently co-founded a group of employees in the transportation industry affected by the mandate called U.S. Freedom Flyers told Fox News host Tucker Carlson the mandate’s impact on the airline industry will be far-reaching.

Our healthcare system will be deeply affected by these mandates as well.

Needless to say, hospitals around the country will not be able to serve as many patients as various mandates are implemented, and considering the fact that we are in the middle of a pandemic that is very troubling news.

For example, hundreds of hospital beds in Massachusetts are already sitting completely empty simply because of a lack of staff…

Hospitals across the US are having to limit the number of patients they admit because there aren’t enough staff to treat them.

At the TaraVista Behavioral Health Center in central Massachusetts, nearly a quarter of its 116 beds are empty, CEO Michael Krupa told Bloomberg.

He said that across the state, there were hundreds of empty beds, and “the reason is exclusively staff.”

In the months ahead, hospitals won’t be able to pull people off the streets and hire them to be doctors and nurses.

It takes years of intense training to become a doctor or a nurse, and so those that are being fired will not be easily replaced.

Police departments all across America are dealing with similar issues.

The situation in Chicago is particularly ugly, and it made headlines all over the nation this week.  According to a top police union official, the city “will have a police force at 50% or less for this weekend coming up” as a new vaccine mandate goes into effect…

“If we suspect the numbers are true and we get a large number of our members who stand firm on their beliefs that this is an overreach, and they’re not going to supply the information in the portal or submit to testing, then it’s safe to say the city of Chicago will have a police force at 50% or less for this weekend coming up,” Catanzara said. “That is not because of the FOP, that is 100% because of the mayor’s unwillingness to budge from her hard line so whatever happens because of the manpower issue, that falls at the mayor’s doorstep.”

Catanzara said the FOP would be seeking a temporary restraining order against the city that would stop them from enforcing the mandate, and said the union planned to file an unfair labor practice charge against the city over their failure to bargain with the union over this issue.

We all know that the violence in Chicago is already wildly out of control.

So what is going to happen when the number of police officers is suddenly cut in half?

What Chicago Mayor Lori Lightfoot is doing is utter insanity, but she refuses to back down.

The U.S. military is headed for a day of reckoning as well.  At this point, “hundreds of thousands” of U.S. troops are not fully vaccinated…

Hundreds of thousands of U.S. service members remain unvaccinated or only partially vaccinated against the coronavirus as the Pentagon’s first compliance deadlines near, with lopsided rates across the individual services and a spike in deaths among military reservists illustrating how political division over the shots has seeped into a nonpartisan force with unambiguous orders.

Overall, the military’s vaccination rate has climbed since August, when Defense Department leaders, acting on a directive from President Biden, informed the nation’s 2.1 million troops that immunization would become mandatory, exemptions would be rare and those who refuse would be punished. Yet troops’ response has been scattershot, according to data assessed by The Washington Post.

If hundreds of thousands of highly qualified individuals are suddenly kicked out of the military, what is that going to do to the military’s ability to defend us?

We better hope that no new military conflicts erupt any time soon.

I could go through countless more example, but I think that you get the point by now.

There are going to be mind-boggling breakdowns throughout our society as we witness a mass exodus of workers from major institutions.

Do the politicians that are behind these mandates actually believe that this is a good idea?

The months ahead are going to be such a dark time for our nation, and the path that we are currently on doesn’t lead anywhere good.

Personally, my heart breaks for the millions of Americans that are being forced to choose between feeding their families or taking the injections.

Many are being forced to give up careers that they have spent their entire adult lives developing.

The politicians that are responsible for these mandates are beyond evil, and history will not treat them kindly.