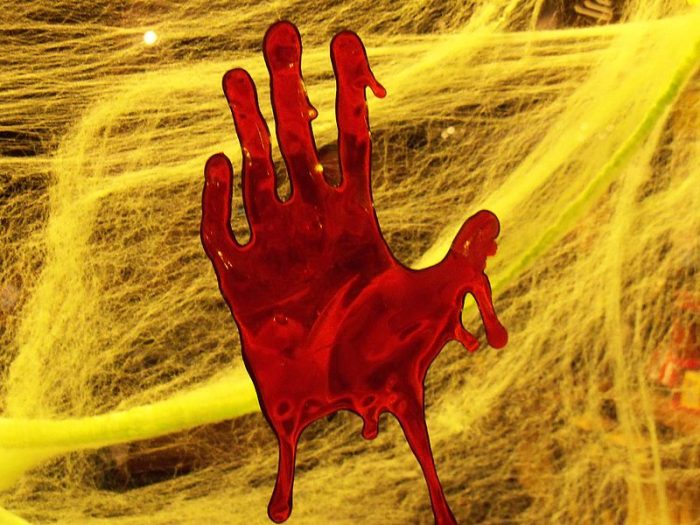 One Sunday morning you may be sitting there peacefully with your family during what seems like a perfectly normal church service when a team of men dressed in camo comes storming in and starts shooting at people indiscriminately with automatic weapons. Once upon a time, such a thing would have been absolutely unimaginable in America, but now things have completely changed. In fact, as you will see below, something like this almost happened a little over a week ago at a hotel in South Dakota where approximately 500 people had gathered for a Christian conference. This is a time when ministries are going to have to start paying extra attention to security, because Islamic terrorists are going to be specifically targeting Christians and churches.

And sometimes it is just a “lone wolf” with a gun that suddenly snaps and goes on a shooting spree. Just consider what happened on Tuesday in Fresno, California. An Islamic militant named Kori Ali Muhammad decided to take out his gun and start shooting at people for no discernible reason whatsoever…

Dyer said the gunman walked up to the PG&E truck in the 300 block of North Van Ness Avenue about 10:45 a.m. and shot the passenger repeatedly. The driver of the pickup then sped to Fresno police headquarters on M Street. The second shooting was only a few seconds later and was at Van Ness and Mildreda Street, where the gunman shot at but missed a resident. The gunman then turned onto Fulton Street and fired several rounds at another man, striking and killing him, Dyer said. After reloading at a bus stop, the gunman then shot and killed a man in the parking lot of Catholic Charities in the 100 block of North Fulton Street, he said.

According to multiple mainstream news reports, authorities heard Muhammad shout out “Allahu Akbar”. In Arabic that means “Allah is the greatest”, and it is a phrase that is commonly heard during terror attacks all over the globe.

All of Muhammad’s shooting victims were white, and his Facebook page reveals someone that was absolutely consumed with hate…

On Saturday afternoon, Muhammad posted a photo of himself in a colorful garment, with his head covered, and the words: LET BLACK PEOPLE GO OR THE DOOM INCREASES REPARATIONS & SEPARATION NOW.

He wrote in all caps on Monday: “MY KILL RATE INCRESASES TREMENDOUSLY ON THE OTHER SIDE ASÈ ALLAH U AKBAR”

Another extremely disturbing incident occurred back on April 9th.

An Islamic radical that had brought “multiple firearms” with him stormed into a major Christian conference at a hotel in South Dakota, and his actions had many fearing for their lives…

A Muslim man entered a private gathering of Christians in a hotel ballroom in South Dakota, started cursing and livestreaming video on Facebook of the event and then, after he was ushered out, displayed multiple firearms and issued statements the speakers say were a direct threat to their safety.

The man, wearing a t-shirt that said, “I’m American, I’m a Muslim, I open carry, I conceal carry, and I’m dangerous only if you’re stupid,” was approached by a security guard and told to leave.

Once back in his car, he brandished an arsenal of weapons, including two military-style rifles with loaded magazines and three handguns, and made several threats of “Be scared, be F—ing scared. Be terrified.” Again, it was all livestreamed on Facebook while parked in the conference-center parking lot.

Can you imagine what would have happened if he had started firing inside that ballroom?

Amazingly, authorities did not charge him with any crime.

The man that was in charge of organizing the conference is named Brannon Howse. I know him personally and I have appeared on his radio show numerous times. He has always warned that this sort of thing could start happening in America, but he probably never imagined that something like this would actually happen to him.

We all need to start changing the way that we think, because these Islamic radicals can strike literally anywhere.

According to the Washington Free Beacon, federal authorities are telling us that radical Islamic terrorists are being investigated “in all 50 states” and that the threat of terrorism has now “reached an all time high”…

Federal authorities have open investigations into radical Islamic terrorists in all 50 states, according to the Department of Homeland Security, which is warning that the threat of terrorism in the United States has reached an all time high with radicalized individuals in the country plotting to strike “each and every single day.”

Unfortunately, what we have seen so far is just the beginning.

Many have been shown that absolutely horrific Islamic terror attacks are coming, and that Christians and churches will be specifically targeted. One of the people that has been shown these things is Marty Breeden…

In my spirit, I know and have seen that coming to the U.S., during our church worship services, there will be attacks. I’ve seen the doors burst open and the black hooded men in camo coming through with guns and shooting indiscriminately. I’ve seen them lock the doors behind them to inflict maximum amount of casualties. I’ve seen the shock and fear on people’s faces as it takes a split second for them to actually realize that they are about to be face to face with the one they were just singing about.

I see these attacks as a coordinated effort. I believe that many of the attacks and the houses of worship that are attacked will be places where the attackers had frequented to get a feel for the layout of the facility. For those who are able to escape, there will be those waiting outside to inflict and deal the same punishment as those inside. When this first takes place, many Christians will do as was done in the early church and will meet in homes and secluded private places.

I’ve seen people taking their Bibles to these meetings and am also armed as well as to provide protection for their families and children. Just when it seems that there can be no more tragedy, these attacks will start again in rapid fashion it will be a common occurrence, here in the U.S., to hear of yet another Christian church, meeting or Jewish Synagogue attacked with deadly results.

I spend a lot of time fasting and praying to hear from the Lord. After a week of prayer and fasting in October 2014, I received a series of very disturbing prophetic warnings about an Islamic plot to murder Christian children in churches across America.

On Sunday 12th October 2014, I took my children with me to the church where we attend regularly. When our kids go to the children’s church, we give a slip of paper to the person standing at the entrance. On that Sunday, my boys asked if they could hand the slip to the person. I told them that would be okay, but when they handed the slip over, as soon as the person touched the slip, I heard the audible voice of the Holy Spirit say, “They are going to kill the children.”

My heart dropped. Such grief welled up in my stomach.

Of course many will completely ignore these warnings, but those that are wise are bolstering security and are praying for a hedge of protection around their churches.

We are living at a time that is completely different from what previous generations had to face. The threat of Islamic terrorism is growing all over the world, and Islamic terrorists have a special hatred for Christians and for churches.

We will not live in fear, but we will not stick our heads in the sand either. Islamic terror is a threat that we are going to have to deal with, and those that are ignoring the warnings do so at their own peril.