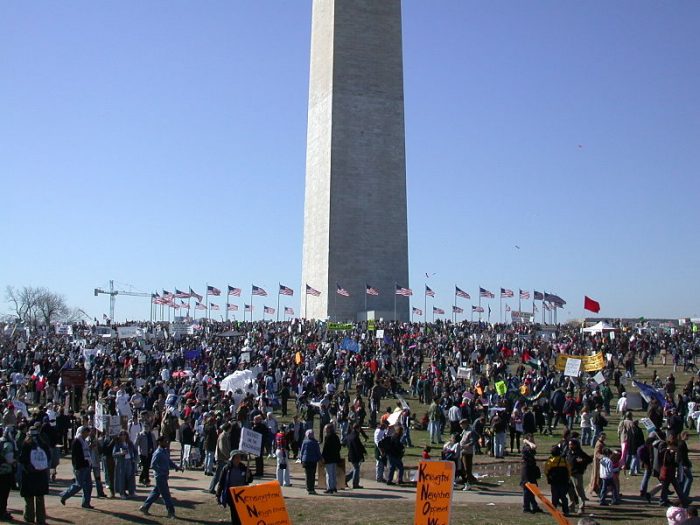 The Washington march and simultaneous demonstrations across in the country are taking shape as one of the largest mass demonstrations in recent U.S. history, rivaling the civil unrest that swirled around the Vietnam War.

While it’s not expected to be as large as the Million Man March against racism in 1995 or the Million Woman March two years later in in Philadelphia, the event could wind up being a bigger draw than Trump: 1,200 bus parking spaces have been reserved, three times as many as for the inauguration Friday.