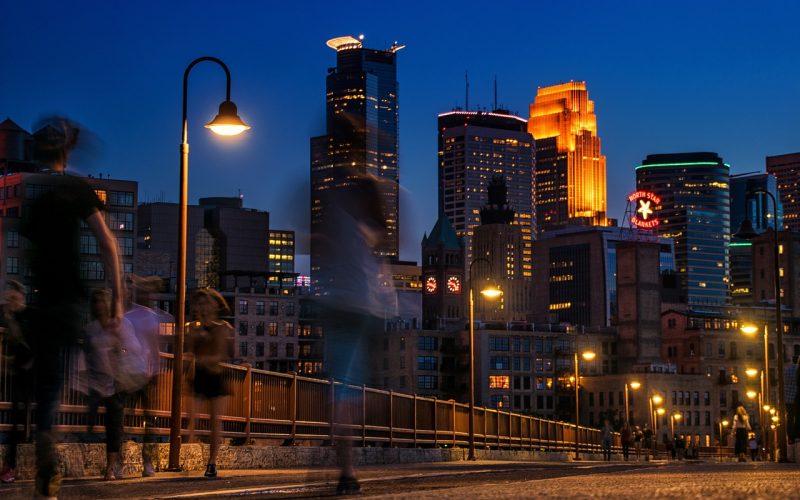 Our cities are filled with extreme violence, and the blood of the innocent flows in our streets, and yet most Americans still seem to be in denial about what is happening.  This isn’t just a momentary spike in violent crime that we are witnessing.  The increase in violent crime that we experienced in 2020 was unprecedented, and things have been even worse in 2021.  If you are not familiar with those numbers, here is a reminder…

Police and public reported data details that from January through March of 2021, the homicide rate rose by 28% from the same period last year in 20 major cities across the country. Homicides had already previously risen by 30% in 2020.

Everyone should be able to agree that we are very rapidly going in the wrong direction.

But many on the left assured us that things would “return to normal” and the violence in the streets would subside once Joe Biden was in the White House.

Obviously, that hasn’t happened.  In fact, the violence in New York City over the weekend made headlines all over the nation…

New York City is officially back: almost 30 people were shot in New York City this past weekend – and that number was only up until about 2PM on Sunday.

29 victims in total had been struck by gunfire by early evening Sunday, according to the New York Post, with one reported fatality.

“These kids are having running gun battles and innocents are getting shot,” one veteran NYPD officer told the Post.

Do you remember when New York City was one of the safest big cities in the United States?

Those days are now gone, and violent criminals are having a field day as the Big Apple slowly but surely descends into madness.

Of course New York City still has some catching up to do in order to get to Chicago’s level.  During the weekend before last, 48 people were shot, and five of those that were shot ended up dying…

Chicago police are planning to target 15 areas of the city this summer in the battle to combat violence and keep people safe.

The plan comes after a particularly violent weekend in which police say five people were killed and 48 people were shot, including two police officers and six juveniles.

Authorities in Chicago have promised that they will work very hard to implement their plan to fight violent crime, but things certainly didn’t get any better this past weekend.

In fact, they got even worse.

But if you want to see a city that is quickly becoming even more violent than Chicago, just check out Minneapolis.  Violent crime in the city spiked dramatically in 2020, and the numbers have surged even higher in 2021…

The city has seen a 222 percent increase in carjackings this year compared with this point in 2020, averaging 1.27 incidents per day, according to police data. Homicides are up 108 percent from a year earlier, while shootings have risen 153 percent.

If you are running a city and carjackings, shootings and murders are all up by triple digit percentages, you are definitely not on the right track.

Minneapolis had been the epicenter for the “defund the police” movement, but now that violent crime has started to spiral out of control, the city has decided to bring in outside law enforcement help…

Minneapolis police are bringing in outside help as they try to temper weekend violence that killed a least four people, including a college senior who was out celebrating graduation.

Mayor Jacob Frey, speaking a day after a mass shooting downtown, said the city has asked state and federal agencies for assistance, as Minneapolis police face a shortage of officers.

Is anyone surprised that Minneapolis is now facing a “shortage of officers”?

What did they think was going to happen when city officials endlessly demonized the police?

On the west coast, authorities are facing other sorts of problems.  The number of people that died from drug overdoses in San Francisco was twice as high as the number of people that died from COVID last year, and addicts continue to litter the streets with thousands upon thousands of used drug needles.  Street crime is completely out of control as addicts endlessly search for money for their next hits, but city politicians keep insisting that they can handle this crisis.

Crime is on the rise from coast to coast, but before I end this article I would like to discuss one more type of violence that we have seen in recent days that is especially chilling.

Israel’s conflict with Hamas sparked a huge wave of anti-Jewish attacks, and many of these incidents made international news…

There were a series of street attacks that authorities are investigating as anti-Semitic attacks in the wake of Israel’s 11-day war with Hamas.

The list includes a Jewish man who was attacked by a pro-Palestinian activist in Times Square, a Jewish teenager was also put in a chokehold outside a Brooklyn synagogue over the weekend, and a rabbi was hounded with abuse in Hallandale Beach, Florida.

The incident in Hallandale Beach was particularly alarming.  After yelling “Jews should die”, an unidentified man later returned to that same location and dumped a bag of human feces right in front of a Jewish synagogue…

A man yelled antisemitic remarks at a rabbi in front of a South Florida synagogue, before returning and dumping a bag of human feces in front of the building.

Cellphone video captured the unidentified man as he shouted ‘Jews should die’ at a rabbi outside the Chabad of South Broward on Friday.

There is so much hatred for Jewish people out there right now, and the recent military conflict in the Middle East brought much of it to the surface.

In Brooklyn, a man named Ali Alaheri was arrested after he purposely set fire to a synagogue and a Jewish school…

A New York man was charged Saturday with setting fire to a synagogue and Jewish school in Brooklyn earlier in the week.

Ali Alaheri, 29, is accused of torching the Jewish center near Borough Park at around 4am on Wednesday.

The building suffered some damage before firefighters put the fire out.

I keep telling my readers that I have never seen more hate in America as I am seeing right now, and these are yet more examples that prove my point.

Sadly, the level of hatred is likely to go even higher as our society comes apart at the seams in the months and years ahead.

As our major cities devolve into lawless wastelands, what are you and your family going to do?

Do you plan to stick it out, hoping that things will eventually “return to normal”?

That will be the choice for a lot of people, and many of them will deeply regret going that route.

Others anticipate that they will just rely on their “survival skills” if things get crazy enough, but one new survey has found that most Americans are severely lacking in such skills…

The survey of 2,000 people reveals Americans feel quite at ease with the idea of surviving in the wild. However, only 17 percent feel “very confident” in their ability to start a fire with flint. Moreover, just 14 percent feel the same about their ability to identify edible plants or berries in nature.

The truth is that most people don’t have any sort of a detailed plan for what is ahead, because most people still believe that everything is going to work out just fine somehow.

Meanwhile, our cities are becoming more lawless by the day, and the last 12 months have clearly demonstrated that it doesn’t take much to push the restless populations of those cities over the edge and into violence.