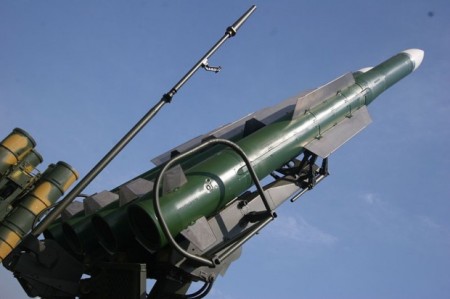 Award winning former Associated Press reporter Robert Parry has been told by an intelligence source that the United States is in possession of satellite imagery which shows that Ukrainian troops were responsible for the shoot down of Malaysian Airlines Flight 17.

In the absence of any proper investigation, media rhetoric over the last few days has firmly pointed the finger of blame for the downing of the aircraft on Russian-backed Ukrainian rebels, but Parry’s source tells a different story.

What I’ve been told by one source, who has provided accurate information on similar matters in the past, is that U.S. intelligence agencies do have detailed satellite images of the likely missile battery that launched the fateful missile, but the battery appears to have been under the control of Ukrainian government troops dressed in what look like Ukrainian uniforms.

The source said CIA analysts were still not ruling out the possibility that the troops were actually eastern Ukrainian rebels in similar uniforms but the initial assessment was that the troops were Ukrainian soldiers. There also was the suggestion that the soldiers involved were undisciplined and possibly drunk, since the imagery showed what looked like beer bottles scattered around the site, the source said.

Although the establishment press has attempted to deride any questioning of the official narrative that Ukrainian rebels were responsible for the incident by invoking the tired “conspiracy theory” pejorative, Parry can hardly be dismissed as a crank given his key role in covering the Iran-Contra scandal for the Associated Press and Newsweek. Indeed, Parry’s investigative work on intelligence matters, for which he was awarded the George Polk Award, suggests that the information provided by his source is worthy of serious attention.