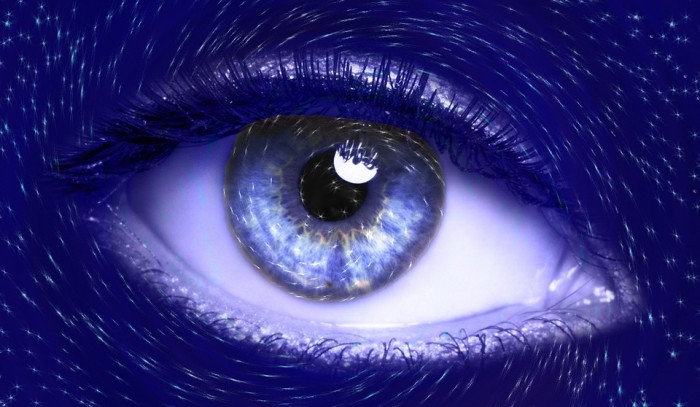 We always knew that it was coming. All over the world, governments and big corporations are pushing us toward a fundamentally different way of doing things. They insist that this new way will be more safe, more secure and more efficient. They are telling us that we should embrace new technology and be open to new ways of buying and selling. And they assure us that new methods of identification will not be intrusive and will simply allow them to crack down on criminals such as identity thieves, tax evaders and terrorists. But could it be possible that there is more going on here than we are being told? Could it be possible that we should actually be highly alarmed by this huge push for “Mark of the Beast” technology?

This week, we learned that a new form of identification for the Internet is being proposed in the European Union. When I first came across this story, I was absolutely horrified…

The European Union is proposing a government ID for using the Internet which will eradicate both on-line privacy and free speech.

Spearheaded by former communist official Andrus Ansip, the European Commission published a draft document outlining its proposed electronic ID that would not only allow the EU to track what you say on-line, but also what you buy.

When it is initially introduced, this government-issued form of Internet identification may be purely voluntary, but once enough people have adopted it, then it will be quite easy for the European Union to make it mandatory for everyone else. The following is an excerpt from a page on the official EU website that describes this new program…

It is recognised that a multitude of username and password combinations is both inconvenient and a security risk. However, the frequent practice of using one’s platform profile to access a range of websites and services often involves non-transparent exchanges and cross- linkages of personal data between various online platforms and websites. As a remedy, in order to keep identification simple and secure, consumers should be able to choose the credentials by which they want to identify or authenticate themselves. In particular, online platforms should accept credentials issued or recognised by national public authorities, such as electronic or mobile IDs, national identity cards, or bank cards.

So what form would such identification take in the future?

One way that this could be done is by using microchips. If this sounds creepy, it is because it is very creepy.

But all over the world this is already being done to pets, and just recently a local NBC News report promoted the idea that we will all microchip our children someday.

I know that I will never allow anyone to microchip me or anyone in my family, but there are others out there that are enthusiastically embracing the concept of starting to merge humanity with technology.

In fact, Tesla CEO Elon Musk insists that we are all going to have to become cyborgs someday…

Musk said that as artificial intelligence advances, people will need to augment their brain power with digital technology to prevent them becoming irrelevant.

He backed the idea of a “neural lace” – a new electronic layer of the brain that would allow us to instantly access online information and greatly improve cognitive powers by tapping into artificial intelligence.

Could you imagine “downloading” an entire set of encyclopedias into your brain in just seconds?

And in the not too distant future, we may actually have “mind reading machines” that can understand what you are thinking. The following comes from a recent article in the Daily Mail…

A mind-reaching machine that can translate thoughts into speech is coming closer to reality.

The research has been ongoing for several years, and recently, scientists successfully managed to playback a word that someone is thinking by monitoring their brain activity.

While there remains a long way to go, they say this could help victims of stroke and others with speech paralysis to communicate with their loved ones.

We will soon be living in a world that looks nothing like the world that our grandparents grew up in. Technology is increasing at an exponential rate, and even now it is hard to grasp just how rapidly our planet is being transformed.

As technology becomes even more important to our lives, there will be even more of a push to move all transactions online. That means phasing out the current system of physical cash and coins, and going to a system that will eventually be entirely cashless.

In fact, in some areas of the world this is already happening to a very large degree…

In Sweden, 95 percent of all retail transactions are already cashless, and ATM machines are being removed by the hundreds. In Denmark, government officials actually have a stated goal of “eradicating cash” by the year 2030. And in Norway, the biggest bank in the country has publicly called for the complete elimination of all cash.

We don’t have those kinds of caps on cash transactions in the United States just yet, but given enough time they would come eventually.

Right now, there are more than 400 billion cashless transactions conducted around the globe annually, and that number may hit 500 billion for 2016.

Of course in a fully cashless society the government would be able to serve as the gatekeeper for who is permitted to use the cashless system and who is not. It would be all too easy for a tyrannical government to mandate that everyone receive a “government identification chip” before being allowed to buy or sell or do anything else online. We are living at a time when the Book of Revelation is coming to life right in front of our eyes, and that is one of the reasons why I wrote my new book entitled “The Rapture Verdict”. As our world starts going crazy, Bible prophecy is going to be the number one thing that people are interested in as far as the Christian faith is concerned, and so it is imperative that we have solid answers ready.

The stage is being set for the Mark of the Beast, and the time is coming when we are all going to be faced with some very tough choices.

When you and your family don’t have any food and you can’t buy or sell without proper “government-sponsored identification”, will you give in and do whatever they tell you to do?

You may not have to make that decision right now, but if you are able to stay alive long enough someday you will.