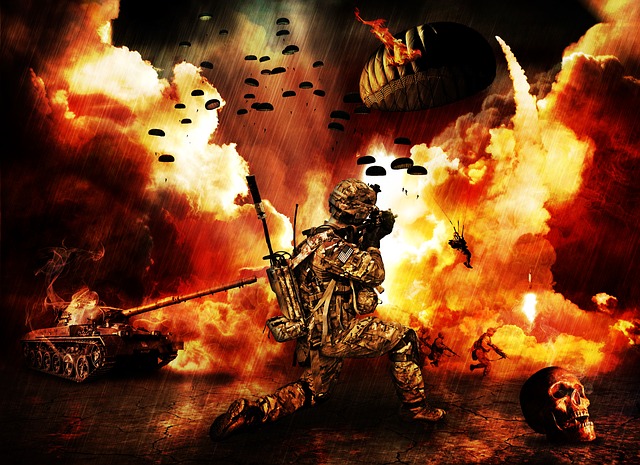 In the past 40 years, we have never been closer to World War III than we are today. If you ask Americans to name what area of the globe they believe World War III will begin, the number one choice by a landslide would probably be the Middle East. And thanks to the stunning breakdown of U.S.-Israeli relations, we are now closer to that war than we have been in decades. Since the 1970s, the United States has served as the major buffer between Israel and her Islamic neighbors. Israel has trusted the United States to protect it, and Israel’s enemies have known that an all-out assault on Israel would be fruitless because the U.S. military would step in. When a minor conflict has erupted in the region, the United States has always rushed in diplomatically to settle things down. But now the relationship between the Israeli government and the Obama administration is near a breaking point, and tensions in the Middle East just continue to intensify. At this moment, Israeli Prime Minister Benjamin Netanyahu no longer trusts Barack Obama to do what is right for Israel, and it is an open secret that Obama pretty much despises Netanyahu. And during his speech to Congress on Tuesday, Netanyahu once again made it abundantly clear that his government will never, ever allow Iran to get nuclear weapons. If Israel believes that Iran is even getting close, Israel will attack. But instead of trying to prevent this from happening, Barack Obama is negotiating a deal with Iran that would give the Iranians pretty much everything that they want and would allow them to build all the nukes they desire in about ten years. Israeli Prime Minister Benjamin Netanyahu says that this is a “bad deal”, and he is right.

The U.S. relationship with Israel is one of the most touchy political topics in the country today, and it is going to become even more of a hot button issue as time goes by. There are millions of Americans that passionately love the nation of Israel, and there are also millions of Americans that are vehemently anti-Israel. It is amazing that a nation that is about the size of New Jersey and that only has a little bit more than one-tenth of one percent of the global population can perpetually be at the center of global controversy. Of course those of us that are Christians know that the Bible said that this would happen in the last days, so the truth is that none of us should be surprised. No matter how much effort global leaders put into achieving “peace in the Middle East”, it never seems to happen, and now things are poised to go to a dangerous new level.

On Tuesday, Israeli Prime Minister Benjamin Netanyahu laid out his case to Congress during a very forceful 40 minute speech…

Israeli Prime Minister Benjamin Netanyahu warned Tuesday that a proposed agreement between world powers and Iran was “a bad deal” that would not stop Tehran from getting nuclear weapons — but would rather pave its way to getting lots of them and leave the Jewish State in grave peril.

In a dramatic address to the U.S. Congress at what he said was a “fateful” crossroads of history, Netanyahu openly sided with President Barack Obama’s Republican critics and sparked an immediate and furious reaction from the White House, as relations between Washington and Israel spun into their deepest chasm for many years.

If Israel has lost all trust in the Obama administration, that makes it much more likely that it will choose to take unilateral military action against Iran.

With that in mind, consider the following quotes from Netanyahu’s speech…

-“The greatest danger facing our world is the marriage of militant Islam with nuclear weapons.”

-“That is exactly what could happen if the deal being negotiated is accepted by Iran. That deal would not prevent Iran developing nuclear weapons. It would all but guarantee that Iran gets those weapons, lots of them.”

-“I know this won’t come as a shock to many of you, but Iran not only defies inspectors, but it also plays a pretty good game of ‘hide and cheat’ with them.”

-“The ideology of Iran’s revolutionary regime is deeply rooted in militant Islam, and that’s why this regime will always be an enemy of America.”

-“If anyone thinks this deal kicks the can down the road, think again. When we get down that road we’ll face a much more dangerous Iran, a Middle East littered with nuclear bombs, and a countdown to a potential nuclear nightmare.”

-“We must all stand together to stop Iran’s march of conquest, subjugation, and terror.”

-“Even if Israel has to stand alone, Israel will stand.”

-“I can guarantee you this: The days when the Jewish people remain passive in the face of genocidal enemies, those days are over.”

And near the end of his speech, Netanyahu referred to the Holocaust when he spoke to Elie Wiesel who happened to be sitting in the audience…

Praising the presence in the audience of concentration camp survivor, author, Nobel Peace Prize winner and Nazi-hunter Elie Wiesel, the prime minister told him, “Your life and work gives meaning to the words, ‘Never again.’”

Does that sound like a man that is just going to sit by and watch Iran build nuclear weapons?

Reaction by members of Congress was mixed. Many Republicans were thrilled by Netanyahu’s address. But many Democrats were outraged, and Nancy Pelosi was nearly brought to tears…

“I was near tears throughout the prime minister’s speech — saddened by the insult to the intelligence of the United States as part of the P5 +1 nations,” said Nancy Pelosi, the leader of Democrats in the House, referring to the group of world powers negotiation with Tehran, “and saddened by the condescension toward our knowledge of the threat posed by Iran and our broader commitment to preventing nuclear proliferation.”

Most Americans don’t realize this, but an Israeli attack against Iranian nuclear facilities could be closer than almost any of us would dare to imagine.

In fact, just a few days ago there was a report that a planned strike in 2014 was aborted at the last minute after Barack Obama threatened to shoot down Israeli jets…

According to Al-Jarida, the Netanyahu government took the decision to strike Iran some time in 2014 soon after Israel had discovered the United States and Iran had been involved in secret talks over Iran’s nuclear program and were about to sign an agreement in that regard behind Israel’s back.

The report claimed that an unnamed Israeli minister who has good ties with the US administration revealed the attack plan to Secretary of State John Kerry, and that Obama then threatened to shoot down the Israeli jets before they could reach their targets in Iran.

But next time, it might be different. As I discussed in a previous article, there are reports coming out of the Middle East that indicate that Saudi Arabia plans to allow Israel to use their airspace to strike Iran.

In addition, new evidence of a secret nuclear facility near Tehran that Iran had not told anyone about has been revealed in recent days. If it turns out that Iran’s nuclear program is actually far more advanced that they have been admitting, that will send the probability of an Israeli strike absolutely soaring.

For years, Iran and Israel have been on a collision course, and now time is running out.

And when war does erupt in the Middle East, the death and destruction could be on a scale that is absolutely unimaginable.

So let us pray that peace prevails for as long as possible. Unfortunately, thanks to the foolishness of the Obama administration, the period of peace that we have been enjoying does not look like it is going to last too much longer.