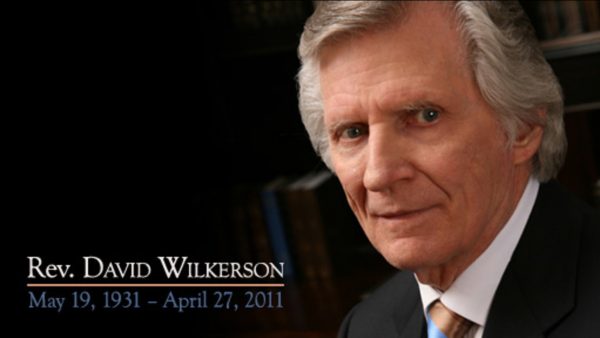 In 1994, David Wilkerson shared a very detailed vision in which he was shown the great economic collapse that is coming to America.  Our entire financial system is going to be thrown into chaos, and many people will be caught totally off guard.  In fact, in 1973 Wilkerson wrote that he was shown that “a false economic boom” will come first, and that is precisely what we have witnessed.  Most Americans are being lulled into a false sense of security, and so they won’t be ready for what is soon coming.  Here is an excerpt from what Wilkerson wrote in 1994…

Now I’ve had visions recently, for I’ve been in New York City and I was in Macy’s in a vision, and I saw people walking around stunned because they couldn’t get their money out of the bank.

Now I’m going to give you a word of advice, the first country goes bankrupt, I’ve documented this and I’ve got it sealed in an envelope, and I’m going to call all my friends and I’m telling you, this is the first time I’ve said it in a public meeting like this, but the first country that bellies up, you go get every dime you have. Church get your money out of the bank because there’s going to be a bank holiday and you won’t be able to get a dime for six months. Now, of course, there’s going to be restored, but the nation will never be like it is again.

There’s going to be fear like we’ve never known, judgment at the door. When I was at Macy’s Department store in a vision and I watched people walking around stunned, they didn’t know what to do, they didn’t know what was happening. Then a bunch of people walked into Macy’s and suddenly went wild and began to steal, and within an hour everybody, I saw the spirit of everybody in the store, they were robbing and stealing, they raped Macy’s and destroyed five floors. Macy’s was raped and ruined in a period of an hour or two.

That’s just the beginning. Folks it’s all in this book (the Bible). We’ve been warned and warned and warned. You can’t tell me God hasn’t warned us. You can’t tell me God isn’t saying something awesome here tonight in this church. We better get our prayer life straightened up, our lives straightened up, get rid of the idols, as Paul writes, and seeking the face of God in holiness or you’re not going to be ready for what’s coming. God’s warning! Get ready and you’ll not fear these things that come onto you and you’ll start rejoicing. You’ll not be afraid because your hands will be clean. You’ve been praying and God’s building a wall of fire around you to keep you.”