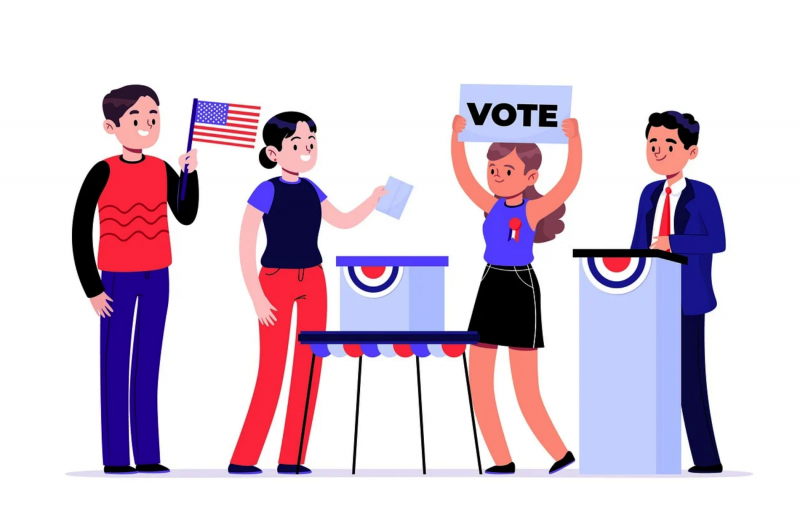 For months the American people have been told that we may not know the winner of the presidential election right away like we normally do.  So if we aren’t going to have a winner on November 3rd, when will we finally have a clear result?  Well, that is going to depend on how long it takes to count the votes, and that is going to be different for each state.  I know that is a frustrating answer, but every one of our 50 states has different election laws, and things have been greatly complicated in 2020 by the fact that so many people will be voting by mail.  So far, more than 46 million Americans have already voted by mail, and that number just keeps growing with each passing day.  Some states allow mail-in ballots to be counted before Election Day, but a majority of states do not…

A majority of states won’t start actually counting ballots until the morning of Election Day or after polls close. Most counting rules have remained unchanged this year, though some states have adjusted their timelines due to the pandemic to ease the burden of increased absentee ballots.

So that means that there will be tens of millions of mail-in ballots that will be piled up waiting to be counted in addition to all of the ballots that come in on Election Day.

I feel sorry for those that have to open up all of those ballots and get them counted, because that is going to be a monumental task.

As I discussed yesterday, there are six key swing states that are pretty much going to determine the outcome of this election.  In three of them, the lack of a sufficient head start in counting ballots is likely to greatly delay voting results…

But final results in Pennsylvania, Wisconsin, Michigan could be unclear on election night because these states are expected to be the three slowest to count the high volume of absentee ballots.

The reason: Pennsylvania and Wisconsin don’t allow the processing of mail-in ballots to begin until Election Day and Michigan only has a 10-hour start, compared to other states that start that can start the process days or weeks in advance.

Whoever wins Pennsylvania is probably going to win the presidency, but it could be quite a while before we get a final result from that state.

You see, the truth is that counting mail-in ballots is much more tedious that running normal ballots through a machine.  There are several steps involved, and each step takes time…

Processing absentee ballots generally includes steps short of tabulating them — such as removing them from the envelope, confirming voter eligibility, matching signatures to what’s on record and scanning them.

And on top of everything else, sometimes unexpected problems occur.

For example, ballot counting machines in one county in Texas have been “rejecting about one-third of mail-in ballots” and authorities are scrambling to get this issue resolved…

Ballot scanning machines are rejecting about one-third of mail-in ballots returned by voters in Tarrant County. The problem has impacted more than 22,000 ballots so far.

Ballot board members are now working in 12-hour shifts to accurately replicate the ballots so they can be counted.

As I have warned before, you will want to vote in person to give yourself the best chance of having your vote actually count.

In addition to everything that I have already discussed, it is important to remember that mail-in votes will continue to be accepted in many states long after Election Day is over.

I know that sounds really bizarre, but this is what is actually going to happen.  In fact, Washington State will count votes that are received as late as November 23rd…

The mainstream media and the big tech companies have been working very hard to mentally prepare us for a massive “blue shift” after Election Day.  One of the reasons why they are so adamant that Trump should not declare victory on November 3rd is because they are confident that Joe Biden will ultimately win once all of the mail-in ballots are finally counted.

In some states we will have final results almost immediately, but in other states counting could take quite a few weeks.

But the counting cannot take too long, because by law election results must be officially certified by certain deadlines…

According to Ballotpedia, citing state laws, six states must certify election results within a week of the general election; 26 states and Washington, D.C., have a deadline between Nov. 10 and Nov. 30; 14 have a deadline in December, and four do not have deadlines in their state laws.

Among key battleground states, those deadlines range from Nov. 11 (Pennsylvania) to Dec. 1 (Nevada and Wisconsin). For potential battleground Texas, it is Dec. 3.

I don’t know how some of those states are going to possibly meet those deadlines.

In particular, I have no idea how Pennsylvania is going to be done counting by November 11th.  Hopefully they have a vast army of counters and a whole lot of coffee.

To give you an idea of how long it takes to count mail-in ballots, just consider what we witnessed in California earlier this year…

Consider this year’s California primary, in which 5.8 million people voted for president. Only 3 million of those ballots were counted by election night; the other 2.8 million votes took an additional seven weeks to count, said John Couvillon, a pollster and political analyst.

Personally, I am anticipating that this election is going to be a colossal mess.  As I have been documenting on The Most Important News, voting anomalies have already been popping up all over the nation, and I think that counting all of the mail-in ballots is going to take much more time than anticipated.

And any legal battles over the counting of the votes will just make the process even more painful.

We were once a great example for the rest of the world, but in 2020 we are going to show the rest of the planet the exact wrong way to conduct an election, and that is a real shame.