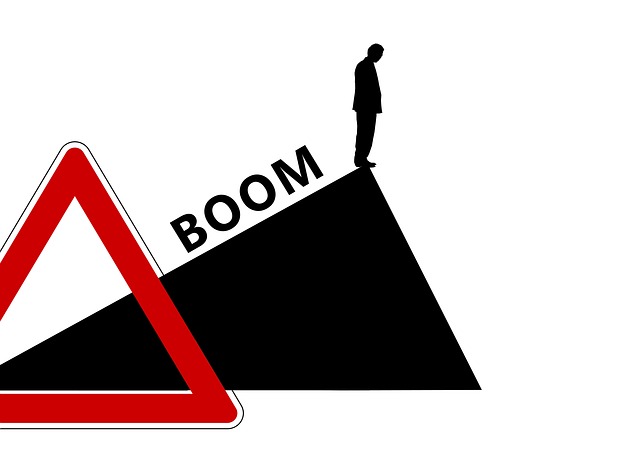 After all this time, many Americans still don’t understand what quantitative easing actually is. Since the end of 2008, the Federal Reserve has injected approximately 3.5 trillion dollars into the financial system. Of course the Federal Reserve didn’t actually have 3.5 trillion dollars. The Fed created all of this money out of thin air and used it to buy government bonds and mortgage-backed securities.

If that sounds like “cheating” to you, that is because it is cheating. If you or I tried to print money, we would be put in prison. When the Federal Reserve does it, it is called “economic stimulus”.

But the overall economy has not been helped much at all. If you doubt this, just look at these charts.

Instead, what all of this “easy money” has done is fuel the greatest stock market bubble in history.

And of course the chart above tells only part of the story. Since April 2013, the S&P 500 has gone much higher…

If someone from another planet looked at that chart, they would be tempted to think that the U.S. economy must be expanding like crazy.

But of course that is not happening.

This market binge has been solely fueled by reckless money printing by the Federal Reserve. It is not backed up by economic fundamentals in any way, shape or form.

And now that quantitative easing is ending, many are wondering if the party is over.

For example, just check out what CNN is saying about the matter…

Even in this bull market, all good things must come to an end.

The Federal Reserve is expected to close a chapter in history this week and announce the conclusion of its massive stimulus program. Known as quantitative easing, the program is widely credited with driving investors back into stocks in the aftermath of the financial crisis.

“I think to some extent quantitative easing has provided an assurance to investors that (has) kept them optimistic,” said Bruce McCain, Chief Investment Strategist of Key Private Bank in Cleveland, Ohio. “Now we’re going to have to see whether investors can ride without training wheels.”

Everyone knows that quantitative easing was a massive gift to those that own stocks.

So how will the stock market respond now that the monetary heroin is ending?

Meanwhile, deflationary pressures are already starting to take hold around the rest of the globe. The following is an excerpt from a recent Reuters report…

After months of focus on slack in U.S. labor markets, the Federal Reserve faces a new challenge: the possibility that weak inflation may be so firmly entrenched it upends the return to normal monetary policy.

The soft global inflation backdrop, from sliding oil prices to stagnant wages in advanced economies, has triggered debate over whether the Fed and its peers merely need to wait for a slow-motion business cycle to improve, or face a shift in the underlying nature of inflation after the global recession.

That uncertainty has become the Fed’s chief concern in recent weeks, likely to shape upcoming policy statements and delay even further the moment when interest rates, pinned near zero for nearly six years, will start rising again.

If the Federal Reserve and other global central banks were not printing money like mad, the global economy would have almost certainly entered a deflationary depression by now.

But all the Federal Reserve and other global central banks have done is put off the inevitable and make our long-term problems even worse.

Instead of fixing the fundamental problems that caused the great financial crash of 2008, the central bankers decided to try to paper over our problems instead. They flooded the global financial system with easy money, but today our financial system is shakier than ever.

In fact, we just learned that 10 percent of the biggest banks in Europe have failed their stress tests and must raise more capital…

The European Central Bank says 13 of Europe’s 130 biggest banks have flunked an in-depth review of their finances and must increase their capital buffers against losses by 10 billion euros ($12.5 billion).

The ECB said 25 banks in all were found to need stronger buffers — but that 12 have already made up their shortfall during the months in which the ECB was carrying out its review. The remaining 13 now have two weeks to tell the ECB how they plan to increase their capital buffers.

Most people do not realize how vulnerable our financial system truly is. It is essentially a pyramid of debt and credit that could fall apart at any time.

Without those banks, we essentially do not have an economy.

But instead of being careful, those banks have taken recklessness to unprecedented heights.

At this moment, five of the “too big to fail” banks each have more than 40 trillion dollars of exposure to derivatives.

Most Americans don’t even understand what derivatives are, but when the next great financial crisis strikes we are going to be hearing a whole lot about them.

The big banks have transformed Wall Street into the biggest casino in the history of the planet, and there is no way that this is going to end well.

A great collapse is coming.