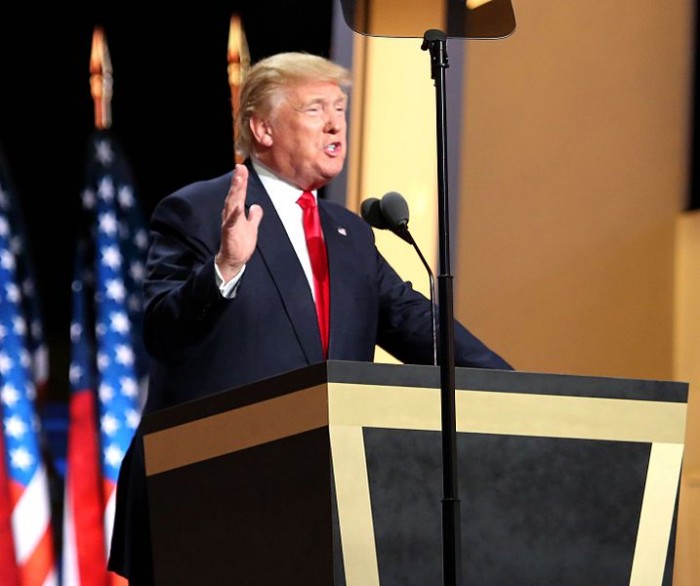 (Guest Article By Jeff Zallaps) I have to admit – I was not initially worried about the electoral college vote or the election results being changed. Perhaps through my own normalcy bias or cognitive dissonance and given Trump’s sizeable electoral advantage, I believed that the Jill Stein recount was not a true concern. I was wrong – and here is why.

Trump’s presumed electoral win is 306 – 237. He needs 270 votes to win the electoral college on December 19. He would need to lose 37 electors to fail to win the electoral election. Using any single method to eliminate 37 electors is not likely to succeed. However, if you can combine the following three, you might have a chance: (a) institute a recount and change the results of a state; (b) institute a recount where there is not enough time to validate the results before the electoral college votes – thereby potentially eliminating those electors from the process; and (c) getting existing electors to flip their vote or to abstain.

Option A is not likely but there is not much downside and it facilitates Option B. Enter Jill Stein who has miraculously raised more money for the recount than her entire political career. Also enter Hillary Clinton and Tim Kaine who quietly enter the recount process to “ensure the process is fair for all sides.” Since when have the Clinton’s cared about fair? And if fairness and transparency is the goal, let’s add some states to the recount list that might help Trump. How about Nevada, Colorado and New Hampshire? And yes – I mention Tim Kaine for reasons more thoroughly discussed below.

The true intention of Option A is most likely Option B. Jill Stein requested recounts during the final weeks of the recount deadline. Why? Perhaps if the state fails to get the recount completed by the deadline for the state or electoral college vote, the state will not be entitled to send its electors to the electoral college. Enter a Federal District Court in Michigan who orders the state of Michigan to hand count 4.8 million ballots by December 13th or in 8 days (sounds like a job for the FBI)! I am not sure if anyone knows what happens if Michigan (or any other state) has not completed their recount by their respective deadlines. However, 6 days before the vote of the electoral college allows for plenty of time to file a lawsuit contesting the recount and/or requesting that the electors not be entitled to vote because the recount was not completed on time or in a proper manner.

Option C – flip the electors. Infowars is reporting 15 electors will not vote consistent with their state election results. How do you get the electors to flip? One way is threats – which has been alleged. However, I personally do not believe that threats will be effective. Back door financial deals is a possibility and there have been reports that some electors have been approached in this manner. However, transparency into this risk is limited for obvious reasons. The final is a full court media press to convince the electors that Trump is not suitable for office. Enter the MSM, who between now and December 19, will try to convince everyone that Trump is not suitable for office. See the latest on the phone call from Taiwan’s President being blown way out of proportion. Also, I have never seen a Presidential Press Secretary openly question the President-Elects decision to take a congratulatory phone call (See Josh Earnest’s press conference today – and yes I am aware of the US’s one China position). The problem is, no one but the electors know what they are going to do – and maybe some of them don’t. No polls – just humans. Who knows what kind of pressure and influences they are burdened with in perhaps the most watched electoral vote ever.

So let’s do some quick math. If Stein/Clinton/Kiane manage to prevent the 13 electors in Michigan from voting and, if Infowars is correct there are 15 flipped electors, that is 31 electoral votes taken away from Trump. Only 6 more to go to prevent the Electoral College from naming Trump President. A win in Wisconsin or Pennsylvania and they win Round 2 and the election is not over. 6 other electors flipping and we now have a serious issue and things start to really get interesting.

The 12th Amendment provides that if a Presidential candidate does not receive 270 electoral votes, the Presidential and Vice Presidential votes move to the House and Senate – otherwise known as a contingent election. This happened in 1825 and in 1837.

In a contingent election the House of Representatives elects the President from the three Presidential candidates that received the most electoral votes. Each state contingency has one vote. Read this very carefully – each representative does not get a vote – each state delegation gets a vote. What exactly does this mean? Instead of having a 242-193 advantage in the House, Trump would have a 32-22 state advantage with one state delegation (Maine) gridlocked 1-1. So Instead of having a 49 seat advantage, Trump’s lead goes to 10 in the House.

Confused yet. It gets more confusing. How exactly does the state delegation decide how to cast their vote? Conceivably through a caucus and conceivably both parties participate. In Colorado and Arizona, there are 1 point differentials on House seats. If one closet “Never Trump” Representative flips in each of these states – the lead is down to 8. The problem with this scenario is we are now back to establishment rules and players. Perhaps many are not keen on Trump “draining the swamp” of which they are a part of the alleged stench. Do you trust the House to vote for what is best for the country or for their own political careers and back room deals? Or perhaps they will drink the media kool-aid and believe that Trump is not fit for the Presidency and validate their positions via the MSM narrative.

What is being missed by most publications is that if Trump does not reach the required 270 electoral votes, the Vice-Presidency also comes to a vote. Unlike the Presidency, the Senate will decide the Vice-Presidency. However, in this case, the voting mechanism is different – each Senator gets a vote. After the 2016 election the Senate will be broken down to 52-46-2 – with the Republicans in the majority. Only THREE votes away from a Kaine Vice Presidency. And what happens in the event of a tie? How much do you trust Lindsey Graham and John McCain to vote for Pence in this scenario? Can you only imagine the back room deals? If Kaine were to ascend to the Vice Presidency, we are one event away from the Dems being back in the White House!

So now that we know they could – the next question to ask is if they would? Would they really take such steps against the will of the people? Wait, they believe that Clinton is entitled to the White House because she won the popular vote. We have heard this cry from numerous powerful and influential people on the left including Democratic Senators. They also believe

Trump is a megalomaniac tyrant, on the same level as Hitler, and he is unfit to hold the office of President. They believe their motives are true and the fate of the country is at risk. Motive – Check.

We have discussed opportunity and motive, but do they really have the political will and capability to pull this off? I think it is fair to say many on the left believe the ends justify the means. We saw this with Obamacare. It was ok to lie to the people to get the bill passed. We have seen this with executive orders on immigration where the executive branch refuses to enforce laws that it was sworn to protect and work with Congress. We have seen their capability to manipulate elections. The President of the United States encouraged illegal aliens to vote! The Governor of Virginia was actively trying to get felons to vote! Clinton conspired with the DNC for the nomination and colluded with the MSM to win the Presidential election. The list of Clinton atrocities is endless. Do you think these people would not hesitate to do anything to remain in power? In the above scenario, how do you believe the MSM would report? Fair and unbalanced – or in collusion with their political masters? The ends justify the means! Motive, Opportunity and Capability – Check.

What I have not discussed is the societal and economic implications of the above scenario. Do you agree? Is it time to worry?