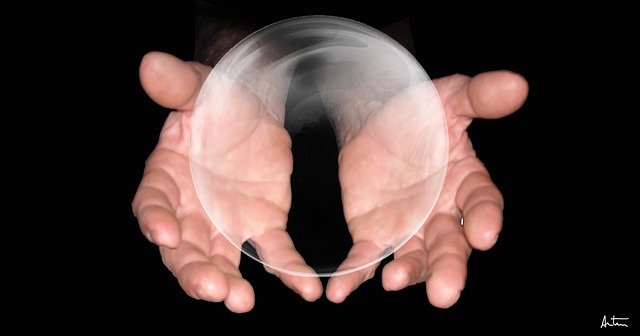 All over the planet, large banks are massively overexposed to derivatives contracts. Interest rate derivatives account for the biggest chunk of these derivatives contracts. According to the Bank for International Settlements, the notional value of all interest rate derivatives contracts outstanding around the globe is a staggering 505 trillion dollars. Considering the fact that the U.S. national debt is only 18 trillion dollars, that is an amount of money that is almost incomprehensible. When this derivatives bubble finally bursts, there won’t be enough money in the entire world to bail everyone out. The key to making sure that all of these interest rate bets do not start going bad is for interest rates to remain stable. That is why what is going on in Greece right now is so important. The Greek government has announced that it will default on a loan payment that it owes to the IMF on June 5th. If that default does indeed happen, Greek bond yields will soar into the stratosphere as panicked investors flee for the exits. But it won’t just be Greece. If Greece defaults despite years of intervention by the EU and the IMF, that will be a clear signal to the financial world that no nation in Europe is truly safe. Bond yields will start spiking in Italy, Spain, Portugal, Ireland and all over the rest of the continent. By the end of it, we could be faced with the greatest interest rate derivatives crisis that any of us have ever seen.

The number one thing that bond investors want is to get their money back. If a nation like Greece is actually allowed to default after so much time and so much effort has been expended to prop them up, that is really going to spook those that invest in bonds.

At this point, Greece has not gotten any new cash from the EU or the IMF since last August. The Greek government is essentially flat broke at this point, and once again over the weekend a Greek government official warned that the loan payment that is scheduled to be made to the IMF on June 5th simply will not happen…

Greece cannot make debt repayments to the International Monetary Fund next month unless it achieves a deal with creditors, its Interior Minister said on Sunday, the most explicit remarks yet from Athens about the likelihood of default if talks fail.

Shut out of bond markets and with bailout aid locked, cash-strapped Athens has been scraping state coffers to meet debt obligations and to pay wages and pensions. With its future as a member of the 19-nation euro zone potentially at stake, a second government minister accused its international lenders of subjecting it to slow and calculated torture.

After four months of talks with its eurozone partners and the IMF, the leftist-led government is still scrambling for a deal that could release up to 7.2 billion euros ($7.9 billion) in aid to avert bankruptcy.

And it isn’t just the payment on June 5th that won’t happen. There are three other huge payments due later in June, and without a deal the Greek government will not be making any of those payments either.

It isn’t that Greece is holding back any money. As the Greek interior minister recently explained during a television interview, the money for the payments just isn’t there…

“The money won’t be given . . . It isn’t there to be given,” Nikos Voutsis, the interior minister, told the Greek television station Mega.

This crisis can still be avoided if a deal is reached. But after months of wrangling, things are not looking promising at the moment. The following comes from CNBC…

People who have spoken to Mr Tsipras say he is in dour mood and willing to acknowledge the serious risk of an accident in coming weeks.

“The negotiations are going badly,” said one official in contact with the prime minister. “Germany is playing hard. Even Merkel isn’t as open to helping as before.”

And even if a deal is reached, various national parliaments around Europe are going to have to give it their approval. According to Business Insider, that may also be difficult…

The finance ministers that make up the Eurogroup will have to get approval from their own national parliaments for any deal, and politicians in the rest of Europe seem less inclined than ever to be lenient.

So what happens if there is no deal by June 5th?

Well, Greece will default and the fun will begin.

In the end, Greece may be forced out of the eurozone entirely and would have to go back to using the drachma. At this point, even Greek government officials are warning that such a development would be “catastrophic” for Greece…

One possible alternative if talks do not progress is that Greece would leave the common currency and return to the drachma. This would be “catastrophic”, Mr Varoufakis warned, and not just for Greece itself.

“Whatever some analysts are saying about firewalls, these firewalls won’t last long once you put and infuse into people’s minds, into investors’ minds, that the eurozone is not indivisible,” he added.

But the bigger story is what it would mean for the rest of Europe.

If Greece is allowed to fail, it would tell bond investors that their money is not truly safe anywhere in Europe and bond yields would start spiking like crazy. The 505 trillion dollar interest rate derivatives scam is based on the assumption that interest rates will remain fairly stable, and so if interest rates begin flying around all over the place that could rapidly create some gigantic problems in the financial world.

In addition, a Greek default would send the value of the euro absolutely plummeting. As I have warned so many times before, the euro is headed for parity with the U.S. dollar, and then it is going to go below parity. And since there are 75 trillion dollars of derivatives that are directly tied to the value of the U.S. dollar, the euro and other major global currencies, that could also create a crisis of unprecedented proportions.

Over the past six years I have written more than 2,000 articles, I have authored two books and I have produced two DVDs. One of the things that I have really tried to get across to people is that our financial system has been transformed into the largest casino in the history of the world. Big banks all over the planet have become exceedingly reckless, and it is only a matter of time until all of this gambling backfires on them in a massive way.

It isn’t going to take much to topple the current financial order. It could be a Greek debt default in June or it may be something else. But when it does collapse, it is going to usher in the greatest economic crisis that any of us have ever seen.

Things are about to get extremely interesting, and if I am right, this is the start of something big.