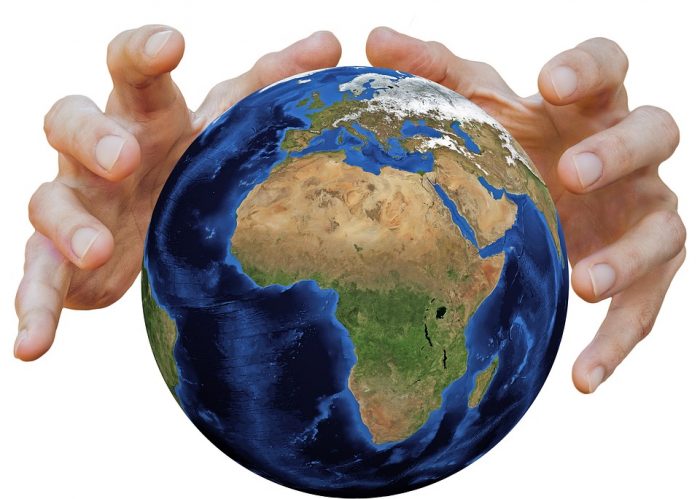 For more than 100 years global debt levels have been rising, and now we are potentially facing the greatest debt crisis in all of human history. Never before have we seen such a level of debt saturation all over the planet, and pretty much everyone understands that this is going to end very, very badly at some point. The only real question is when it will happen. Many believe that the current global debt super cycle began when the Federal Reserve was established in 1913. Central banks are designed to create debt, and since 1913 the U.S. national debt has gotten more than 6800 times larger. But of course it is not just the United States that is in this sort of predicament. At this point more than 99 percent of the population of the entire planet lives in a nation that has a debt-creating central bank, and as a result the whole world is drowning in debt.

When people tell me that things are going to “get better” in 2017 and beyond, I find it difficult not to roll my eyes. The truth is that the only way we can even continue to maintain our current ridiculously high debt-fueled standard of living is to grow debt at a much faster pace than the economy is growing. We may be able to do that for a brief period of time, but giant financial bubbles like this always end and we will not be any exception.

Barack Obama and his team understood what was happening, and they were able to keep us out of a horrifying economic depression by stealing more than nine trillion dollars from future generations of Americans and pumping that money into the U.S. economy. As a result, the federal government is now 20 trillion dollars in debt, and that means that the eventual crash is going to be far, far worse than it would have been if we would have lived within our means all this time.

Corporations and households have been going into absolutely enormous amounts of debt as well. Corporate debt has approximately doubled since the last financial crisis, and U.S. consumers are now more than 12 trillion dollars in debt.

When you add all forms of debt together, America’s debt to GDP ratio is now about 352 percent. I think that the following illustration does a pretty good job of showing how absolutely insane that is…

If your brother earns $100,000 in annual income and borrowed $10,000 on his credit card, he could consume $110,000 worth of stuff. In this example, his debt to his personal GDP is just 10%. But what if he could get more credit year after year and reached a point where his total debt reached $352,000 but his income remained the same. His personal debt-to-GDP ratio would now be 352%.

If he could borrow at super low interest rates, maybe he could sustain the monthly loan payments. Maybe? But how much more could he possibly borrow? What lender would lend him more? And what if those low rates began to rise? How much debt can his $100,000 income cover? Essentially, he has reached the end of his own debt cycle.

The United States is certainly not alone in this regard. When you look all over the industrialized world, you see similar triple digit debt to GDP figures.

When this current debt super cycle ultimately ends, it is going to create economic pain on a scale that will be unlike anything that we have ever seen before. The following comes from King World News…

That is the inevitable consequence of 100 years of credit expansion from virtually nothing to $250 trillion, plus global unfunded liabilities of roughly $500 trillion, plus derivatives of $1.5 quadrillion. This is a staggering total of $2.25 quadrillion. Therefore, the question is not what could go wrong since it is guaranteed that all these liabilities will implode at some point. And when they do, it will bring misery to the world of a magnitude that no one could ever imagine. It is of course very difficult to forecast the end of a major cycle. As this is unlikely to be a mere 100-year cycle but possibly a 2000-year cycle. It is also impossible to forecast how long the decline will take. Will it be gradual like the Dark Ages, which took 500 years after the fall of the Roman Empire? Or will the fall be much faster this time due to the implosion of the biggest credit bubble in world history? The latter is more likely, especially since the bubble will become a lot bigger before it implodes.

And there are certainly lots of signs that a global slowdown is already beginning. For example, global trade growth has fallen below 2 percent for only the third time since the year 2000. On each of the other occasions, we witnessed a horrible recession take place. For more signs that economic conditions are deteriorating, please see my previous article entitled “Recession 2017? Things Are Happening That Usually Never Happen Unless A New Recession Is Beginning“.

Of course much of the globe is already in the midst of a horrible economic crisis. Brazil is in the middle of their worst recession ever, and people are literally starving in Venezuela. A new round of debt problems has erupted in Europe, with Greece, Portugal and Italy being the latest flashpoints.

Just like in 2007, many are mocking the idea that the a major economic downturn is coming to the United States. They believe that the ridiculously high stock market valuations of today can stick around indefinitely, and they are putting their faith in politicians.

But it won’t be too long before a new economic crisis begins in America and the kind of civil unrest that I portray in “The Beginning Of The End” erupts all across the country.

I just don’t understand why more people cannot see this. Government debt, corporate debt and consumer debt have all been growing much, much faster than the overall economy. Can someone please explain to me how that could possibly be sustainable in the long-term?

Someone that I considered to be a mentor but that has since passed away once said that things would seem like they would be getting better for a little while before the next crash comes.

And it turned out that he was precisely correct. We are in a season of time when economic conditions have appeared to be getting a little bit better in the United States, and this has blinded so many people to the truth of what is about to happen to us.