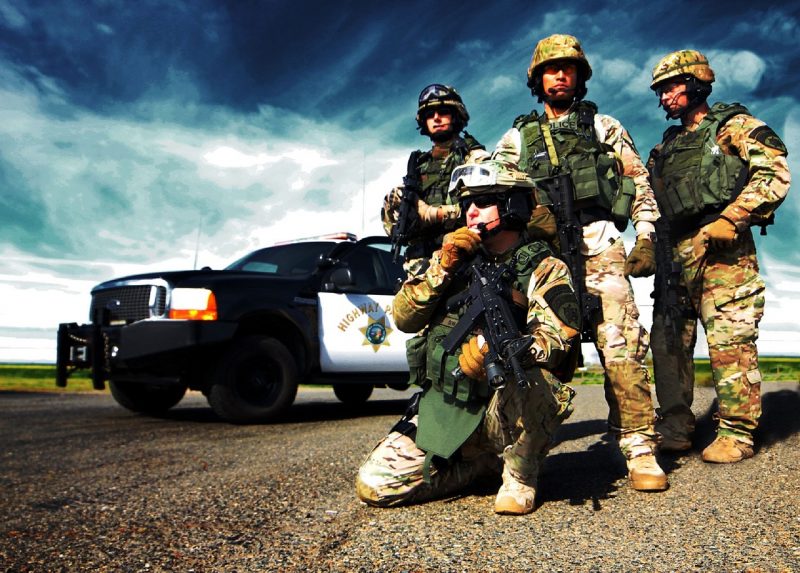 The fact that law enforcement officials across the nation are expecting widespread violence following the election should chill every American to the core.  As I keep repeating over and over, violence is not going to solve anything, but much of the population is not listening to voices such as mine anymore.  As you will see below, authorities have decided to “plan for the worst” because everyone can see what is potentially coming.  But if we can’t hold a presidential election without violence at this point, how much longer can our system possibly last?  No matter who ends up winning, I think that the election of 2020 will tell us a lot about how far America has already fallen.

Thankfully, officials in most major cities do not have their heads stuck in the sand and have been preparing for massive riots following the election.  In New York, the NYPD is literally “training every day” to deal with the riots and protests that they are anticipating…

The NYPD is training every day and deploying hundreds of extra cops as it braces for Election Day and its aftermath, amid fears riots and protests could break out after the results are announced.

In Los Angeles, officers are being told that “they may need to reschedule” their vacations so that they will be available for whatever may happen…

LAPD sent an internal memo to its officers last week that said they may need to reschedule any vacations around election day as the agency prepares for possible protests or other unrest, according to the Los Angeles Times.

In so many instances, law enforcement agencies are pointing to the riots that erupted in the aftermath of the death of George Floyd as the type of scenario that they want to be prepared for this time around.

Even down in Texas, authorities in multiple cities are admitting that “they are planning for potential unrest around the Nov. 3 election”…

Agencies in at least four major cities — Austin, El Paso, San Antonio and Fort Worth — confirmed they are planning for potential unrest around the Nov. 3 election. Officials in other Texas cities declined to say whether they’re doing the same.

The intent of such preparations, said Tara Long, an Austin Police Department spokesperson, “is to ensure the safety of the community while protecting the rights of people to peacefully exercise their First Amendment rights.”

Of course in some cities the violent protests never seem to end.

Four years ago, chaos erupted in Portland when Donald Trump won the election, and the city has been wracked by civil unrest ever since then…

Portland Police say they are preparing for possible unrest on election night after they saw saw riots after the 2016 presidential election.

It was just the beginning of what would be four years of unrest, protests and riots. Now, the 2020 election is just three weeks away and local police is preparing for the possibility of continued unrest.

Over in Minneapolis, shell-shocked officials continue to deal with an unprecedented wave of crime and violence, and the spokesman for the police told the press that their approach for this upcoming election is to “plan for the worst”…

In Minneapolis, where the protests after George Floyd’s murder raged for weeks, similar preparations are being made. “We are aware that this may be a flashpoint and have made appropriate plans,” Minneapolis police spokesman John Elder. “Remember: Plan for the worst and hope for the best.”

I think that is a good word for all of us.

We can continue to hope that peace will prevail, but if you aren’t planning for the worst you are definitely making a big mistake.

At this point, even the Justice Department is “bracing for possible civil unrest”.  The following comes from the Washington Post…

Bracing for possible civil unrest on Election Day, the Justice Department is planning to station officials in a command center at FBI headquarters to coordinate the federal response to any disturbances or other problems with voting that may arise across the country, officials familiar with the matter said.

Though the Justice Department monitors elections every year to ensure voters can cast their ballots, officials’ concerns are more acute this year that toxic politics, combined with the potential uncertainty surrounding vote tallies, could lead to violent demonstrations or clashes between opposing factions, those familiar with the matter said.

Personally, I sincerely hope that authorities will be successful in minimizing unrest as much as possible.

Any sort of political violence should break all of our hearts, because that should never happen in this country.

Unfortunately, an increasing number of Americans are convinced that things in this nation will soon take a very chaotic turn.  In fact, one recent poll found that 61 percent of Americans believe that we are heading toward another civil war…

The poll, which included results from the “Back-to-Normal Barometer” survey, was conducted by three firms: Engagious, Sports and Leisure Research Group and ROKK Solutions.

The poll results showed that over 61 percent of survey takers believe America is nearing a second civil war, with 41 percent who “strongly agree” with that assessment.

Those numbers are truly shocking, and they are consistent with other surveys that I have seen.

Anger and hatred have been building up in our country for years, and it appears that we are about to reach a crescendo.

I will continue to speak out against rioting, looting and all forms of political violence, and many other influential voices are doing so as well.

But there are also so many voices throughout our society that are just stirring up more anger and more hatred with each passing day.

So I would encourage all of you to “plan for the worst” for the months ahead.  It looks like it is going to be a very pivotal time in our history, and the more bitterly the election results are contested the worse the chaos is likely to be.

And when a winner is finally declared, many on the losing side will inevitably feel like the election was stolen from them.

There is still time to avoid a worst case scenario, but right now it is difficult to imagine how all of this is going to end well.