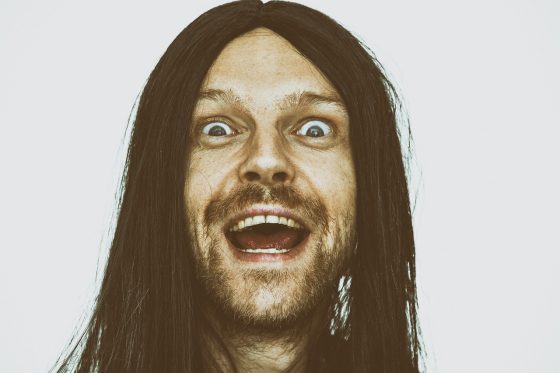 Everything that has happened in 2020 so far has set us up for a grand finale that none of us will ever forget.  This year we have already witnessed the worst public health crisis in about a hundred years, widespread lockdowns all over the nation, a crippling economic collapse and civil unrest in major cities across America.  To say that the American people are in a bad mood would be a major understatement.  Now we are less than a month away from a bitterly contested presidential election, and as you will see below, one survey recently found that a majority of Americans are expecting violence.  That is extremely unfortunate, but these are the times in which we live.  Our country is literally falling apart all around us, and nobody seems to have a way to stop it from happening.

And the worse economic conditions become, the worse the mood of the nation is going to get.  On Thursday, we learned that another 840,000 Americans filed new claims for unemployment benefits last week…

The latest jobless claims figures from the Labor Department, which cover the week ending Oct. 2, show that 840,000 workers sought aid last week, about four-times the pre-crisis level. More than 63 million Americans have sought jobless aid since the coronavirus lockdowns began in mid-March.

If someone had told me late last year that 63 million Americans would file new claims for unemployment benefits this year, I would have thought that person was crazy.

Prior to 2020, the worst number for a single week in all of U.S. history was 695,000, and now we have been way above that figure every single week of this pandemic.

Of course the layoffs just keep rolling along.  Right now, it is being reported that WarnerMedia expects to lay off thousands of workers in the coming weeks…

AT&T’s WarnerMedia is preparing a restructuring that seeks to reduce costs by as much as 20% as the COVID-19 panic drains income from movie tickets, cable subscriptions and TV ads, reports The Wall Street Journal.

The layoffs are expected to begin in the coming weeks and would result in thousands of layoffs across Warner Bros. studios and TV channels like HBO, TBS and TNT, the paper said.

Personally, I wouldn’t be saddened if WarnerMedia completely shut down on a permanent basis.  They produce an endless barrage of garbage programming that is corrupting the minds of millions of Americans, and our society would definitely be better off without them.

But at the same time that millions upon millions of Americans have been losing their jobs, those at the very top of the economic food chain have been getting even wealthier thanks to the Federal Reserve’s reckless intervention in the financial markets.

At this point, the top one percent of all Americans have more than 15 times more money than the bottom 50 percent combined…

If you think that there isn’t a lot of resentment out there, then you haven’t been paying attention.

We are seeing the rise of a “Robin Hood mentality” among many that live in deeply impoverished areas, and when things get really crazy out there they are going to be hitting wealthy neighborhoods really hard.

Unfortunately, a lot of people believe that this upcoming election could potentially be the spark that sets off a lot more civil unrest.  Personally, I have such a bad feeling about what is going to happen, and I believe that having so many people voting by mail could cause all sorts of problems.

In fact, even the mainstream media is admitting that we could see a million ballots that are sent through the mail rejected for one reason or another…

Any system of voting that could potentially disenfranchise a million voters is deeply broken and should not be used.

But at this point it is too late to do anything about it.  More than 6 million people have already voted, and more votes are being sent in with each passing day.

Of course millions of other Americans are also deeply concerned about the integrity of this election.  Just check out the results of a recent YouGov survey…

The YouGov poll of 1,999 registered voters found that nearly half – 47% – disagree with the idea that the election “is likely to be fair and honest.” And that slightly more than half – 51% – won’t “generally agree on who is the legitimately elected president of the United States.” The online poll was conducted Oct.1-2 and has a margin of error of +/- 2.56 percentage points.

In essence, about half the country believes that this election may not be legitimate.

That is a major national crisis right there.

In addition, YouGov has also found that 56 percent of Americans believe that there will be “an increase in violence as a result of the election”…

In addition, a YouGov poll of 1,505 voters found that 56% said they expect to see “an increase in violence as a result of the election.” That question had a margin of error of 4.2 percentage points.

This definitely is not the America that I grew up in.

In the old days, nobody would have ever imagined widespread violence after a presidential election.

Another recent survey discovered that a whopping 61 percent of Americans believe that “the U.S. could be on the verge of another Civil War”.

We have never seen anything like this before, and at this point it is undeniable that our society is breaking down all around us.

But instead of bringing us together, the results of this upcoming election are only going to deepen our divisions no matter who wins.

Everything that our forefathers worked so hard to build is at risk, and we are getting very, very close to crossing the point of no return.