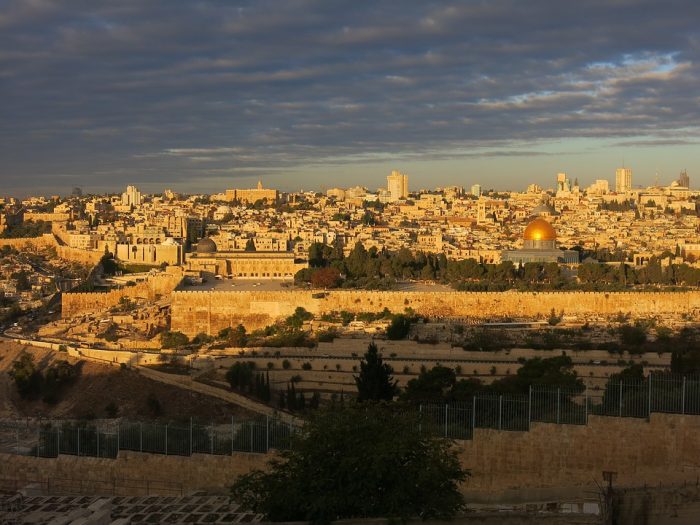 Many had assumed that President Trump’s recognition of Jerusalem as the capital of Israel would make a peace agreement between the Palestinians and Israelis less likely, but it actually appears to be accelerating things. For a long time Trump has referred to a comprehensive peace treaty in the Middle East as “the ultimate deal”, and he seems absolutely determined to get something done. The key was going to be getting the Saudis on his side, and this appears to have happened. Last month, Palestinian president Mahmoud Abbas made a trip to Riyadh, and what was said during his meeting with Saudi Crown Prince Mohammad bin Salman has sent shockwaves throughout the Middle East. According to the New York Times, the crown prince pushed for Abbas to accept a plan for peace that is much different than any plan that we have ever seen before…

According to Palestinian, Arab and European officials who have heard Mr. Abbas’s version of the conversation, Crown Prince Mohammed bin Salman presented a plan that would be more tilted toward the Israelis than any ever embraced by the American government, one that presumably no Palestinian leader could ever accept.

Even though East Jerusalem would not be the capital of a newly created Palestinian state, they would receive a suburb of East Jerusalem known as Abu Dis as their capital.

There is currently a wall separating Abu Dis from East Jerusalem, and it is hard to imagine Palestinian leadership accepting this part of the proposal.

But this is why having the Saudis on board is so important. The New York Times is also reporting that President Abbas was warned that if he did not accept the terms of this new peace plan that he would be forced to resign…

Adding to the shock for Palestinians, according to Palestinian officials from Fatah and Hamas, as well as a senior Lebanese official and several other people briefed on the matter, was the claim that Prince Mohammed had told Mr. Abbas that if he would not accept the terms, he would be pressed to resign to make way for a replacement who would.

If the Saudis completely pulled their support from Abbas, it is hard to imagine a way that he would be able to stay in power.

So if a threat was made, it would definitely have some power to it.

Here in the United States, many conservatives are cheering news of this peace plan because they think that a permanent peace agreement that has terms favorable for Israel would be a good thing.

That is a huge mistake.

The land of Israel must not ever be divided under any circumstances. A Palestinian state was an absolutely horrible idea while Barack Obama was president, and it is still an absolutely horrible idea. Dividing the land of Israel would be one of the most catastrophic foreign policy decisions that we could possibly make, and we must fight as hard as we can to keep it from happening.

As a member of Congress, I will never support a two state solution, and I will never support the division of the land of Israel in any way, shape or form. The status of the land of Israel is going to be one of the most important foreign policy issues in the months and years to come, and any candidate for federal office needs to have really good answers about where they stand.

In the Scriptures, we are told that one of the things that God will judge the nations for in the last days is the dividing of the land of Israel. It is His land, and He has given that land to all of the tribes of Israel as an inheritance.

So let us pray that this current “peace plan” will fall apart, because any plan that would divide the land of Israel is a really, really bad idea.

1 thought on “The United States, Israel And Saudi Arabia Are Reportedly Pushing A Peace Plan That Would Create A Palestinian State”