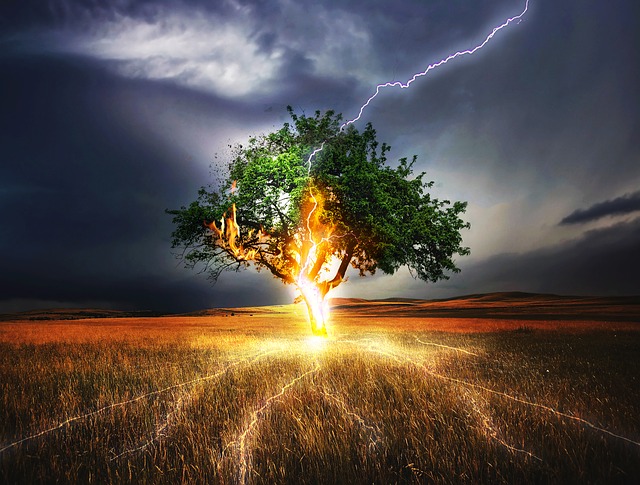 Words cannot adequately describe the utter horror that was unleashed on the streets of Paris, France on Friday. CNN is calling it “the worst violence witnessed in France since World War II“, and even though it happened a couple of days ago now, many of us are still having a really tough time processing what took place. Somehow, a small group of less than 10 radical Islamists was able to unleash a coordinated wave of attacks that killed at least 129 people and injured at least 350. All of this comes less than a year after the Charlie Hebdo massacre in Paris, and many in the western world are now starting to understand that something has fundamentally changed. Even though France has a highly advanced anti-terrorism infrastructure, and even though it also has some of the strictest anti-gun laws in Europe, none of that did anything to prevent these attacks. Despite all of our advanced technology, the openness of our society makes us highly vulnerable to Islamic terror. And as more waves of refugees from the Middle East are absorbed by both Europe and the United States, it is inevitable that there will be more attacks like this.

According to Google, the definition of a “soft target” is “a person or thing that is relatively unprotected or vulnerable, especially to military or terrorist attack.” And as we just saw in France, the western world is literally teeming with soft targets. I am talking about sporting events, concert halls, schools, churches, shopping malls, power stations, water treatment facilities, mass transit, etc.

For those that wish to create terror, the opportunities are endless.

But what do you do when there are large numbers of crazy people that are actually looking forward to being martyrs?

We don’t really have a defense for the kind of attack that we just witnessed in France. What can you really do when you are dealing with large numbers of homicidal maniacs that are not afraid to die and that can strike anywhere at any time? Unless you can identify the terrorists or their plans ahead of time, it becomes a guessing game.

And the level of evil demonstrated by these terrorists is truly astounding. At the Bataclan Theater, two of the terrorists fired their AK-47s indiscriminately into the crowd for a full 10 minutes…

At the Bataclan Theater, at least 75 people attending a concert by a U.S. rock band were killed and many more injured, according to authorities. Eyewitnesses spoke of two young men armed with AK47 assault rifles firing repetitively and dispassionately into the crowded venue, targeting helpless victims cowering on the floor.

Julien Pearce, a radio reporter who was inside the concert hall, told CNN he saw two terrorists at the back of the venue, “firing randomly to the crowd. People yelled, screamed, everybody lying on the floor. And it lasted for ten minutes, ten minutes, ten horrific minutes, where everybody was on the floor covering their heads.”

But these latest attacks are just part of a wider trend of chaos and terror that has descended upon western Europe. For much, much more on this, please check out this video.

Sadly, what Europe is currently experiencing is coming here too.

When I first start dealing with someone new, I watch to see if that individual will actually follow through on what he or she has promised. Sometimes this happens, but sometimes it does not.

In the case of ISIS, I would have to say that they are indeed following through on what they said they would do. Tonight, much of Europe is completely gripped by fear and terror, and the head of ISIS has promised a “direct confrontation” with the United States as well…

Abu Bakr al-Baghdadi, the leader of the Islamic State of Iraq and Syria (ISIS), issued a rare audio message back on January 21 in which he flatly stated his group’s intention to march on Baghdad and move into “direct confrontation” with the United States.

“Our last message is to the Americans. Soon we will be in direct confrontation, and the sons of Islam have prepared for such a day,” Baghdadi said. “So watch, for we are with you, watching.”

As WND has pointed out, there have been dozens of Islamic terror attacks on U.S. soil since 2001, but most of them have been relatively small.

Unfortunately, I believe that we are moving into a new era. Instead of just being satisfied with killing dozens or hundreds of people, these terrorists will start getting a hold of weapons that can kill thousands. Eventually we will see terror attacks inside this country that will make 9/11 look like a Sunday picnic. And Barack Obama is certainly not helping things by “resettling” thousands upon thousands of Syrian refugees in communities all over America.

Of course increasing terror is just a part of the overall picture. Many have described what is coming to the United States and Europe as a “perfect storm”, and I would agree with that assessment.

Even without Islamic terror, we live at a time of rising civil unrest. The deep divisions in our country have been demonstrated by what happened in Ferguson, in Baltimore and more recently at the University of Missouri. Americans are angrier and more frustrated than ever before, and the mainstream media is constantly playing up the divisions between various groups. And thanks to Barack Obama’s refusal to protect our borders, there are now 1.4 million members of criminal gangs living in our cities. Violent crime is already on the rise in our urban areas, and it is going to get even worse as we plunge into recession. For instance, the city of Baltimore recently recorded its 300th homicide of the year after only seeing 211 for all of 2014. Our major cities have never been more primed for civil unrest, and I believe that we are going to see widespread rioting, looting and chaos in the years ahead as the economy totally falls to pieces.

In addition to increased Islamic terror and civil unrest, I also believe we are moving into a time of great governmental shaking, increased tensions between global superpowers, unprecedented natural disasters, and the greatest financial unraveling the world has ever seen.

All of these trends will feed into one another to create the “perfect storm” that I mentioned earlier. What this is going to mean is a dramatic change in our standard of living, our liberties and freedoms will continue to be stripped away, and our world is going to be transformed at a pace that very few of us ever imagined was possible.

If you have the feeling that everything has changed after what just happened in France, you are right.

What is coming in the weeks and months ahead is going to be even worse, and it is going to shock the entire planet.