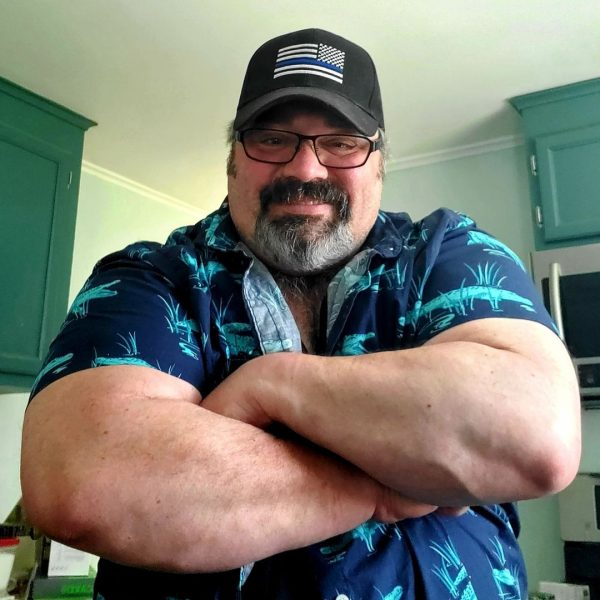 It is so important to highlight prophecies once they are fulfilled, because that helps people to realize that God really did warn about all of these things in advance.

On October 3rd, 2018 Marty Breeden shared an experience that shook him greatly.

I don’t say these things or share them lightly.

Pray about what are getting ready to read.

First know ahead of time, that I’m completely aware of how odd and maybe even strange this sounds.

Yet what I say I have seen….I HAVE SEEN!!

In Jeremiah 18, we read that God contends with His Prophet to speak a declaration of judgement upon the land.

Verses 7-11, God relays His message to a rebellious people telling them to turn from their evil way, and He will offer mercy.

“And they said, There is no hope: but we will walk after our own devices, and we will every one do the imagination of his every heart”

God pronounces certain and sure judgment upon the people for they were stubborn.

On at least 3 occasions in the last month, I have literally felt as though my spirit is leaving my body.

I can only liken it to what happened when I went CODE BLUE back in July of 2015.

That same sense of leaving time and entering eternity.

The difference is, that when I Coded, I immediately went up through a tunnel and was in the presence of the Lord.

What I’m experiencing now is different.

Different in, that it’s as though I’m slipping out of my body and looking and seeing into the not too distant future.

The first time this happened weeks ago, it somewhat scared me and I literally willed my spirit back into my body.

The last 2 times I’ve let it linger and looked upon that which is coming and I’m telling you what I’ve seen is very concerning!

I have seen inner cities blazing with fires and teams of gangs of all races and creeds and ethnicities banding together.

I’ve witnessed the scene and it appears as though it is night time.

(although the experiences I’ve had happens only in the day)

Then in the same experience, I will be ushered hours ahead to see the results of their rioting and looting and violence, terrible violence with no restraint.

I see the landscape they have trampled on and left behind.

It’s grey and flat and desolate and barren.

Men and women wearing bandanas and mask carrying firearms and clubs and machetes.

There is a viciousness to these gangs and a blood thirst to them that is not human….its pure demonic!!

I’ve seen inner city families trying to hide and secure their lives and loved ones.

Some of the chosen will be given warning by the Lord and will flee the city just in time.

Then another time I saw that some of the gangs would venture outside the city and as soon as they would enter a rural area, they would be met with MUCH resistance as the country people had heard of what was going on and they banded together and were very effective in preserving their lives and goods, the gangs would be quickly turned back into the city.

I also noticed that there was no law enforcement or Military, at least not from what I saw.

During this chaos, there was also a mighty move of God.

Many moved by fear and seeing the things they heard as a child now coming to pass, they come broken to the Lord and He welcomes them in!

Many of the ministers of God during this time are wise and walk in great power and authority.

Church services and moves of God are spontaneous and supernatural, and often in homes and I’ve seen preaching in parking lots.

I’ve seen myself standing in the bed of a truck, preaching to a group people, as they stood there weeping!

There’s more to share at the right time….but pray on this for now.

I’m well aware that the Bible tells us to “test the spirits to see whether they are of God” (1 John 4:1) and I have done that in the integrity of my heart.

Lord knows I’m not trying to generate fear….but I believe the Lord would provoke you to prepare!!!

I don’t know the timing of these things, but I have no doubt that this IS COMING!

I must confess I feel it is not far off, not far at all.