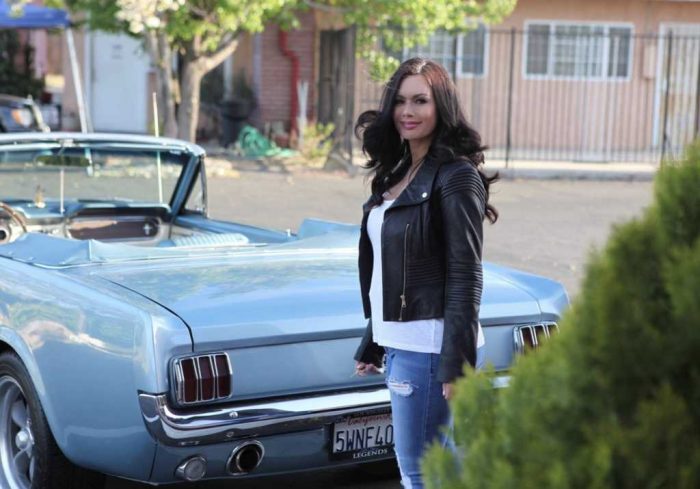 If you think that your life could never be turned around because you are too far gone, this story is for you.  According to her official website, Crissy Outlaw “was molested at the age of 4…a pattern that would continue through her childhood and teen years.”  But since her alcoholic father always threatened to kill anyone that touched her, Crissy always kept the abuse secret.  Her parents eventually divorced, and Crissy moved in with her mother when she was 13.  At the age of 17 she got pregnant, and because she believed that she was going to marry her boyfriend she decided to keep the baby.  But when her boyfriend decided to break up with her she ended up having an abortion, and she says that having that abortion was one of the worst things that ever happened to her…

She described the aftermath of the abortion as “one of the most traumatic things that happened” to her.

“I was fully awake and aware of everything going on during the abortion and my heart was shattered while the life was literally being sucked out of me,” Outlaw said of the experience. “It was awful … my school knew about my abortion and I lost all my friends.”

But she was deeply, deeply unhappy, and one night she “cried out to God and asked Him to prove He was real”.  The following comes from her official website…

After several suicide attempts, Crissy left that relationship with the help of her personal assistant. One night, she cried out to God and asked Him to prove He was real. Nothing she knew about God was what she learned about in Sunday school as a child. She thought no one would ever love a woman like her because she had made so many mistakes. She felt dirty and alone. She prayed for God to send her a sign. He did. A couple of days later, He sent a new friend into her life who told her about Jesus. She knew without a doubt God has used him to help her break free. That day, Crissy left the porn industry and has never looked back.

You never know when something that you have to say is going to completely change someone’s life.

The next day, the then-31-year-old visited her boyfriend, an actor on a movie set in Albuquerque, New Mexico. During a break in filming, she was hanging out with him, a couple of his friends and film crew members. One of his friends began passing a photo of his topless wife around the circle the group had formed while making lewd comments. Crissy was embarrassed and angry, but a man who worked on the film set, Chris, decided not to look at the picture and rather told the group he would never show any pictures of his wife to anyone.

Simply by refusing to look at that nude photo, Chris made it clear that there was something very different about him.

Crissy was intrigued, and she continued to talk to him when everyone else returned to work.  Here is more from the Daily Mail…

‘I put my head down because I was so ashamed,’ Crissy says.

But Chris asked her a question that reminded her of a prayer request she had made the night before: ‘Do you know Jesus?’

Crissy took that as the divine sign she’d asked for and was relieved God had answered her prayer. The pair prayed together and her life changed in that moment.

Today Crissy travels all over the country telling her story and warning about the dangers of the sex industry.

She is a shining example of the grace of God, and her story demonstrates that nobody is ever out of the reach of the Lord Jesus Christ.

So even after everything that she has been through, she can stand proudly in front of large groups of people and share with them the extraordinary things that God has done for her…

At a fundraising event in California, Crissy Outlaw stands at a pulpit wearing a glamorous billowing black mini with a pink flower carefully lodged in her dark hair.

If you are reading this article, and you would like to know how Jesus Christ can turn your life around, I would encourage you to visit my website for a detailed explanation.

God is in control, He loves you very deeply, and He wants you to have an amazing life filled with love, peace and joy.

If you will just reach out and surrender to Him, He will completely transform your life, but the choice is up to you.