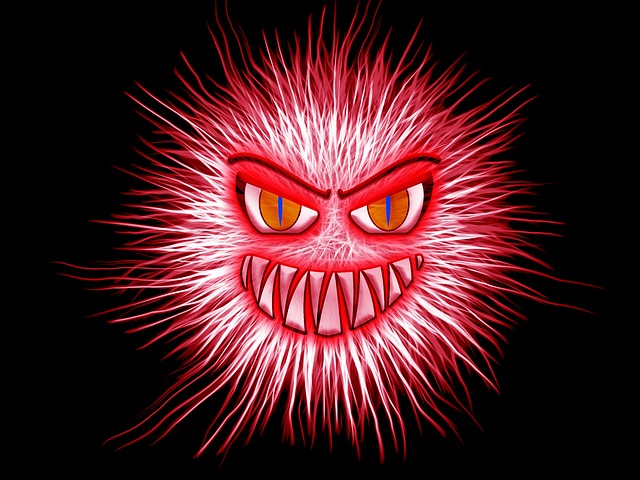 Have you heard of “arterial tapping”, “flakka” or “cyberextortion”? In America today, just about every conceivable type of evil that you could possibly name is growing, and we are even inventing new kinds of evil that the world has never seen before. It is very easy for us to point to the looting and violence in Baltimore and call that evil, but there is far more to the social decay of America than just that. The foundations of our society are rotting and decaying in thousands of different ways, and our biggest problem as a nation is what is found inside our own hearts. We have rejected the values and principles that were handed down to us by previous generations of Americans because we believed that we knew better than they did. But now look at us. Our country is falling apart all around us, and we only have ourselves to blame. The following are 11 examples of how evil is growing in America like a cancerous tumor…

#1 It has become trendy for alternative lifestyle parties in America to become as “edgy” as possible. But even some of those involved in these parties are now speaking out about an extremely alarming practice known as “arterial tapping”…

A fetish party attendee is blowing the whistle on a bondage-themed event she says would shock even the authors of “Fifty Shades of Grey.”

Photos from inside the edgy, recurring party called Cirque de Plaisir seem to show a fetish practice called “arterial tapping,” whereby a dominant partner taps a submissive partner’s artery, controlling his or her blood flow. It appears that very blood is sometimes sprayed over a canvas as art.

“Some people just do blood play where they just get some kind of rush out of releasing blood from their arteries,” said the fetish party insider, who spoke on the condition of anonymity for fear people would judge her alternative sex life.

#2 A school principal in Wisconsin is in hot water for approving a poster that encourages young men to protect the character of the young women they are taking to prom. In the old days, this would only be common sense. But these days, the poster is being condemned as “sexist” and has created a national scandal…

Students at a Wisconsin high school have been left outraged after ‘sexist’ prom posters appeared on the school’s walls the week before the event, suggesting that the night should be seen as an opportunity ‘to protect her character’.

The posters, which were put up on the walls of Lincoln High School in Manitowoc, depict the silhouette of a woman wearing a gown which is made up of words such as ‘charming’, ‘fearless’ and ‘ambitious’, while a banner printed above her head reads: ‘A night to protect her character.’

‘It’s basically just saying your character depends on whether or not you have sex,’ senior Kelsey Schindl told Mashable. ‘And if you have sex, you won’t have any character.’

#3 A synthetic designer drug known as “flakka” is causing massive problems down in Florida. This drug is very cheap, very easy to get, and it causes many of those that take it to behave like zombies…

One man, Kenneth Crowder, ran naked through a Florida neighborhood, tried to have sex with a tree and told police he was the mythical god Thor.

Another, Matthew Kenney, ran nude down a busy city street in broad daylight, convinced a pack of German shepherds was pursuing him.

Two others tried separately to break into the Fort Lauderdale Police Department. They said they thought people were chasing them; one wound up impaled on a fence.

The common element to these and other bizarre incidents in Florida in the last few months is flakka, an increasingly popular synthetic designer drug.

#4 How evil do you have to be to break into someone’s computer, steal private images, and then blackmail that person with those images? Well, according to CNN, federal law enforcement officials say that this has become a major problem on the Internet…

Hackers are breaking into webcams and emails and social networks to gain access to intimate images. They then threaten to make the images public, and share them with the victim’s friends and family, if she does not comply.

A federal law enforcement official who asked not to be named said these sites mostly target younger women.

“They know they’re easy to extort,” he told CNNMoney. “[They] catch them in a provocative photo and say they’re going to send this to all your friends if you don’t do x, y, z.”

A CBS News investigation looks at how hard it is for the U.S. government to discipline or fire employees who behave badly. With examples ranging from extravagant to explicit, civil service rules meant to protect public workers from political pressure may be backfiring, and costing you big, reports CBS News correspondent Don Dahler.

#6 Americans just continue to become more obese. According to USA Today, obesity in America has more than doubled over the past 25 years…

The obesity rate increased from 27.6% to 29.4% of adults, Nearly a quarter of people report doing no physical activity or exercise in the last 30 days, which may be partly to blame. That number increased from 22.9% in the 2013 report to 23.5% in this year’s report.

Obesity, a leading contributor to death in the USA, has more than doubled over the last 25 years, the report shows. Obesity is also closely tied to chronic, costly diseases including diabetes and high blood pressure, which are bedeviling the health care system.

#7 Would you steal cookies from the Girl Scouts? Perhaps not, but a lot of Americans are actually doing this. The following are a few examples of this very disturbing trend…

Across the country, several incidences of cookie theft have been reported. In St. Louis, Missouri, $1,200 worth of Girl Scout cookies were stolen from a 6-year-old girl and her Army veteran father. The cookies were stolen from the family’s SUV when it was parked in a downtown garage during a weekend trip to the city. In Bloomington, Indiana, $400 worth of Thin Mints and Samoas were stolen from the SUV of a kindergartner and her troop leader mom. The young girl’s mom had been driving all over town delivering cookies over the last week, so she’s not exactly sure when or where the theft took place — she just knows the cookies are missing.

And the reports keep rolling in.

A 10-year-old scout in San Jose, California, had a cash box ripped out of her hands as she and her troop sold cookies in front of the local grocery store. And in the city of Spartanburg, South Carolina, 5,000 boxes of girl scout cookies — worth about $19,000 — were stolen from the warehouse.

#8 The next time you “pay at the pump”, you might want to be very careful. Criminals are putting credit card skimmers on gas station pumps all over the nation in order to steal credit and debit card information…

Florida consumers filling up at the gas pump may have had their credit card information stolen.

Agriculture Commissioner Adam Putnam said Thursday that a sweep of more than 6,000 gas stations led to the discovery of “skimmers” in 81 locations. The devices enable someone to illegally obtain credit card and debit card information.

The devices were found on gas station pumps stretching from Miami-Dade County all the way to Florida’s Panhandle.

#9 Decades ago, a restaurant named after the male sex organ would have been absolutely unthinkable in most parts of this country. But now a new restaurant named “Tallywackers” is going to open up in Dallas, Texas…

If you’re more into six-pack abs than Bunday Monday, a restaurant named Tallywackers promises to open next month in Dallas, perhaps in time for Mother’s Day.

Inspired by Hooters, the “breastaurant” chain that opened its first location in 1983 in Clearwater, Fla., this eatery will feature guy eye candy with its appetizers, hot dogs, pasta dishes and what its owner called “comfort foods.”

#10 So much of our social decay is rooted in the decline of the American family. Sadly, the truth is that our families have been steadily deteriorating for decades. The following comes from a recent article by Dennis Prager…

#11 If an attractive woman approached you on the street and asked you to have sex with her, what would you do? Well, an experiment of this nature was recently conducted for a YouTube video. Incredibly, 30 out of 100 men that were approached were ready to have sex with the woman within moments of meeting her…

The 19-minute-long edited video, which was filmed over seven days, shows the woman approaching a stream of men as they go about their daily business.

Dressed casually either in jeans or a pair of short denim shorts with a skimpy top, she outstretches a hand and introduces herself to the men.

After one or two comments are exchanged, she asks them: ‘Would you like to have sex with me?’

The universal reaction from the men is largely bewilderment with many looking around to see if the question is a joke.

Of the 100 men asked, 30 agreed to her brazen request and the pair promptly walk off in the direction of her house.

What does this say about the moral state of the men in this nation? You can watch the full video right here. Apparently those 30 men did not have the slightest concern about what the long-term consequences of their decisions might be. They just saw an attractive woman and immediately wanted to have sex.

We like to think of ourselves as an “example” to the rest of the world, but it is certainly not a good one.

In fact, much of the world looks at us and our behavior with utter horror. They regard us as immoral, classless “pig people”, and they are right. Our society has become an absolute cesspool of filth and corruption, and we desperately need to change our ways.

Jonathan Cahn, the author of The Mystery of the Shemitah, believes that America is making many of the very same mistakes that ancient Israel did…

“They drove God out of the government. They worshiped idols and served other gods. They celebrated immorality and they persecuted righteousness. The blessings of God were removed and replaced with judgments,” he said.

Now, he said, “America has made the same mistakes.”

Like Cahn, I believe that judgment is coming to America if we do not dramatically change our ways, and right now there are absolutely no signs that we intend to do that.

Do you believe that judgment is coming to America?