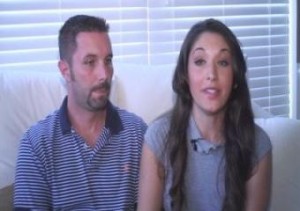 25 year old Desiree Jennings was a completely fit and healthy Redskins cheerleader up until two months ago when she received a seasonal flu shot.  10 days after receiving the flu shot she began experiencing serious flu symptoms, followed by severe convulsions and black outs.  Now Desiree can barely talk or walk and her life has all but been destroyed and she is blaming the flu shot.

Researchers in Canada have found that seasonal flu shots could double the risk of coming down with the H1N1 swine flu.

The swine flu vaccine is being shunned by large numbers of people despite being widely available now in many areas.

What insanity is this?  Barack Obama has reportedly negotiated an agreement that would allow the Russians to inspect U.S. nuclear sites and count missiles and warheads.

There are reports going around the Internet that Ayatollah Khamenei has died.  Confirmation of this is supposed to come tomorrow morning.

JPMorgan Chase says that it earned $3.6 billion during the third quarter of 2009.  Being a big shark in the international banking world is very profitable these days.

Do U.S. government reports point to a coming fiscal doomsday?

The plunging U.S. dollar is shocking financial observers around the world.

Barack Obama’s newly confirmed regulatory czar co-authored a book in which he advocated harvesting organs from terminally ill patients without their permission.

New security scanners at Manchester airport will reveal all objects concealed underneath clothes – including genitals.

At the Mitzpe Yericho school in Israel, descendants of the Levites are preparing for service in a rebuilt Temple by learning exactly how to conduct the daily Temple service and how to offer the required sacrifices.

The EU is turning its full strength against Czech president Vaclav Klaus.

A U.N.-backed offensive to destroy a Hutu rebel group in eastern Congo has had disastrous humanitarian consequences, with more than 1,000 civilians dead, 7,000 raped, and 900,000 forced from their homes.

The top U.S. military commander in Afghanistan is asking for up to 80,000 more American soldiers.

Are freezing temperatures around the globe starting to shatter the theory of global warming?

The U.S. Navy is now considering allowing women to serve aboard submarines for the first time.

If you are single you might want to read this intriguing article: “Why Young Men Are Avoiding Marriage”.

The Archbishop of Canterbury is calling for an end to economic growth in order to “save the planet”.

It turns out that Benito Mussolini was a well paid British agent during World War I.

Lastly, atheist author Richard Dawkins is making it loud and clear that he believes faith has no place in science and that a public debate between him and a creationist is out of the question.  What is Dawkins so afraid of?