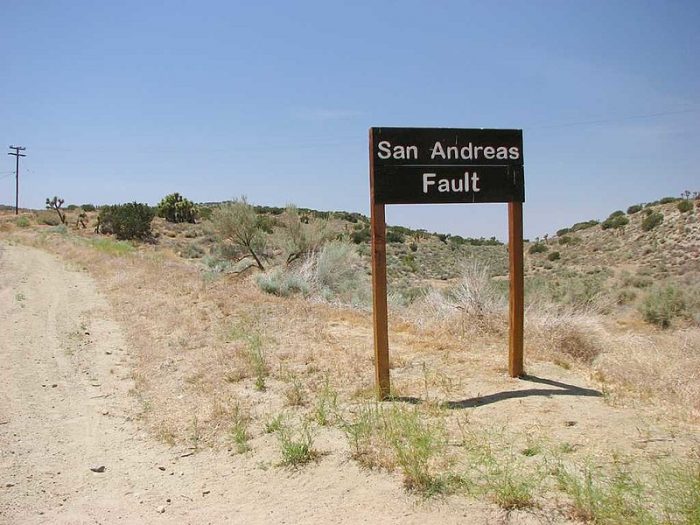 It appears that something unusual is happening along the California coastline. Over the past 24 hours, California has been hit by 46 earthquakes. That is approximately twice the normal daily number, and much of the shaking has taken place in the southern part of the state. In recent weeks I have been writing repeatedly about the alarming seismic activity that we have been seeing along the west coast, and many believe that the potential for a megaquake is significantly higher than normal right now. Unfortunately, most residents of California are not paying any attention to what is going on at all, and so if there is a major event they will be completely blindsided by it.

When a magnitude 4.0 earthquake struck near Julian, California on Wednesday, that immediately got my attention, and that quake was followed very rapidly by several others…

The shaking began at 4:33 p.m. on Wednesday when a 4.0 quake occurred nearly 10 miles beneath the earth’s surface, just east of the Earthquake Valley fault, one of the most active systems in Southern California. The temblor had originally been listed at 4.2.

The main shock was followed five minutes later by a 3.0 aftershock in the same spot. Then a 3.6 quake occurred near the same spot at 7:57 p.m. Wednesday.

Seismologists say that a 3.6 quake broke in the same area at 2:32 a.m. on Thursday, continuing the seismic spasm.

Of course Julian is not the only one that has seen a substantial earthquake over the past 24 hours. Just 6 hours ago, a magnitude 3.2 earthquake struck Gonzales, California. Anything in the magnitude 3 or magnitude 4 range is not going to cause any significant damage, but the concern is that these smaller quakes may be building up to something larger.

According to a study published by the USGS, there is a “99% chance” that California will be hit by a major earthquake within the next 30 years…

In a 2008 study, the US Geological Survey found there’s a greater than 99% chance of a 6.7 magnitude quake or larger hitting the California area over the next 30 years. That type of quake along the San Andreas Fault in Southern California could kill an estimated 1,800 people, the study said, injure 53,000 and result in $214 billion in damage. California’s infrastructure could be crippled for weeks, if not months.

However, if the California coastline were to be hit by a magnitude 9.0 earthquake, the devastation would be unlike anything that we have ever seen before in American history.

Not too long ago, the Los Angeles Times published an article that discussed what the damage from a magnitude 8.2 earthquake would look like. The following is a short excerpt from that article…

“Those freeways cross the fault, and when the fault moves, they will be destroyed, period,” Jones said. “To be that earthquake, it has to move that fault, and it has to break those roads.”

The aqueducts that bring in 88% of Los Angeles’ water supply and cross the San Andreas fault all could be damaged or destroyed, Jones said.

At the same time all of this shaking has been happening in California, we have also seen very disturbing seismic activity elsewhere on the globe.

A Siberian super-volcano is worrying scientists after it’s shocking and sudden eruption flung hot ash six miles into the sky. This volcano is one of the most active in Russia.

Scientists working at the geophysical department of the Russian Academy of Science in north-eastern Russia’s Kamchatka Krai region have confirmed the giant eruption took place at the site of the Shiveluch Volcano yesterday over a 20 minute period. They also verified and saw the volcano spew piping hot ash 10 kilometers (6 miles) into the sky. So far, no locals or villages have been affected by this volcano’s eruption, but it’s sparking fears that a larger and more powerful explosion could occur in the very near future.

A major eruption of just a single supervolcano anywhere in the world could cast enormous amounts of dust and ash into the atmosphere and cool global temperatures significantly for up to a decade. If that happened, we would see massive crop failures all over the planet and millions upon millions of people could end up dying from the resulting famine.

With each passing year our planet is becoming increasingly unstable, and scientists assure us that absolutely cataclysmic seismic events are in our future. Now is the time to get prepared, but unfortunately most people aren’t listening to the warnings.