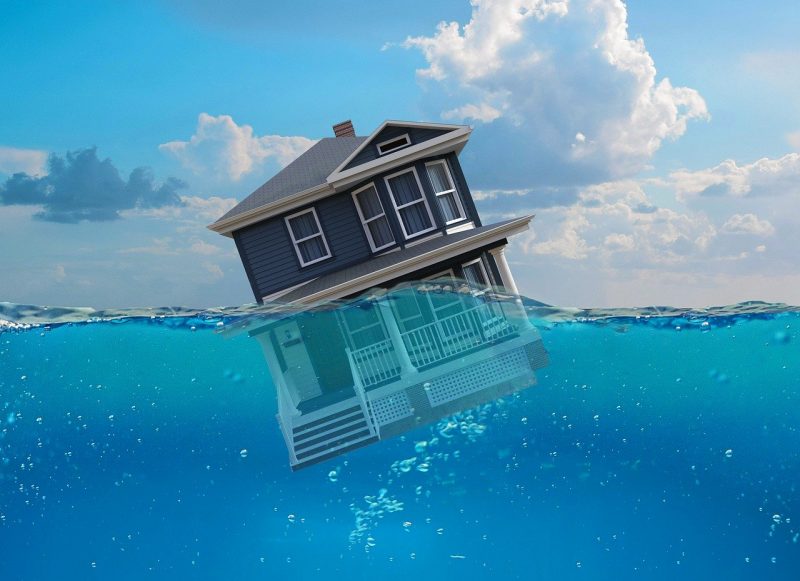 The U.S. housing market is absolutely imploding, but nobody should be surprised.  In fact, we were warned way ahead of time that this would happen.  When the Federal Reserve told us that they would be aggressively raising interest rates, we all knew what this would do to the housing bubble.  It was obvious that home prices would fall, home sales would plummet and home builders would get absolutely crushed.  Sadly, that is precisely what we are witnessing.  But instead of reversing course after witnessing all the damage that they have caused, Fed officials are insisting that even more rate hikes are necessary.  So as bad as things are right now, the truth is that they are going to get even worse in the months ahead.

In recent days we have gotten some new data points, and they are sobering.

We haven’t seen numbers like this since 2008, and we all remember what happened back then.

Yes, just about everyone expected that the housing market would slow down, but hardly anyone thought that things would get this bad so soon.

#1 According to Redfin, the number of homes sold in the United States during September dropped by 25 percent…

Home sales declined the most on record in September as mortgage rates surged and pushed prospective buyers out of the once-hot housing market, according to a new report.

A report from the real estate company Redfin shows the number of homes sold fell by 25 percent and new listings dropped by 22 percent last month, marking the biggest declines on record in both categories — excluding numbers at the onset of the coronavirus pandemic in April and May 2020.

#2 The number of new housing starts in the United States fell by 8.1 percent in September…

Home building pulled back in September, as buyers faced spiking mortgage rates that have made homes increasingly unaffordable.

September housing starts, a measure of new home construction, dropped 8.1% from August, and were down 7.7% from a year ago, according to the US Census Bureau. After a big drop earlier this spring, housing starts had been holding relatively steady up until July when rising mortgage rates spurred more prospective buyers to sit on the sidelines.

Traffic of prospective buyers of new single-family houses plunged to the lowest since 2012, excluding the two lockdown months April and May, and is now approaching even the levels of those two lockdown months, according to data today from the National Association of Home Builders.

The NAHB index for traffic of prospective buyers dropped to 25, about where it was in mid-2007, well on the way down into Housing Bust 1.

The overall confidence of builders of single-family houses fell for the 10th month in a row in October, as “rising interest rates, building material bottlenecks, and elevated home prices continue to weaken the housing market,” the NAHB report said.

Mortgage demand, which has suffered four straight months of declines, fell last week to the lowest level since 1997, as interest rates continued to rise.

If you want to thank someone for this giant mess, you can thank the officials at the Federal Reserve.

They knew that raising rates would cause chaos for the housing market, but they did it anyway because they are scared to death of inflation.

But they actually played a major role in causing our inflation crisis.  They should have known that pumping trillions of fresh dollars into the financial system over the years would cause rampant inflation, but they just wouldn’t stop.

Now they are trying to fix one crisis by causing another.

And in addition to absolutely crushing the housing market, they are also causing trillions of dollars in losses on Wall Street.

In fact, the financial markets are on pace for their worst year since 1969…

So far in 2022, both the stock and bond markets have posted serious losses. To find another market that looks like this one, you’d have to go all the way back to 1969, according to data from BlackRock.

The S&P 500 is down nearly 24% year-to-date, and the Bloomberg U.S. Aggregate Bond Index has surrendered about 16%. Should both indexes finish the year in the red, it would be the first time that has happened in decades.

If officials at the Fed keep hiking rates, the markets could go down a whole lot more.

In closing, Holter warns, “The action you are seeing now is exactly what you saw in 1987, and this is what you saw in August and September of 1929. This is what happens prior to crashes. It’s massive volatility both ways . . . people are losing both ways. The longs get stopped out on the downside, and the shorts get stopped out on the upside. Then, the whole floor gives way, and that’s where we are. We are right on the doorstep of a crash that will make 1987 and 1929 blush. . . . Many people are going to lose everything overnight.”

Time will reveal whether Holter is right about this or if he is wrong.

But without a doubt, it certainly wouldn’t take much to push us over the edge.

Everywhere you look, economic conditions are getting worse, and the stage is being set for the sort of historic meltdown that I have been relentlessly warning about.

If officials at the Federal Reserve had any sense, they would stop raising rates immediately.

Unfortunately, they aren’t going to do that.

So much more pain is coming for the housing market, and this new crash could ultimately be even worse than what we experienced back in 2008.