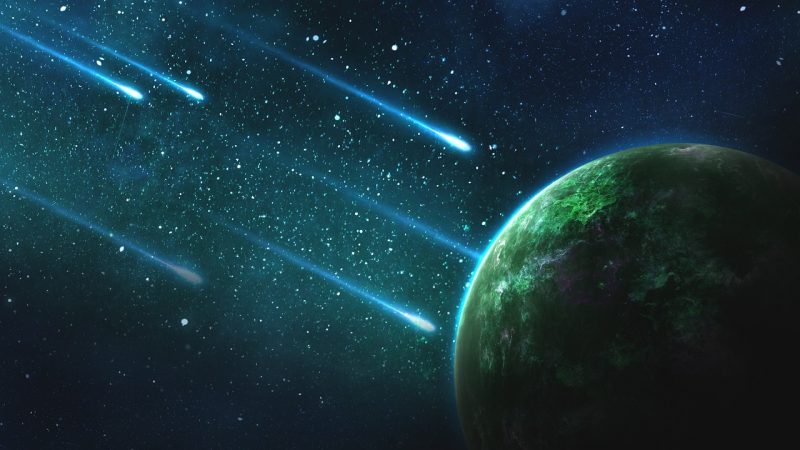 After all of the weirdness that we have witnessed over the past year, it just wouldn’t feel right if something strange didn’t happen on Inauguration Day.  And right on cue, NASA is telling us that six asteroids will make close approaches to our planet within that 24 hour period.  One would be noteworthy, but six almost seems like overkill.  Could it be possible that someone is trying to get our attention?  Over the past couple of years, the number of “near misses” that we have had with asteroids has seemed to increase dramatically.  And as I have discussed previously, sometimes we don’t even see them until they have already gone past our planet.  This is a trend that I am going to keep a close eye on, because scientists assure us that eventually our luck will run out and our planet will get hit by a big one.

The good news is that none of the asteroids that are heading our direction will hit us on Inauguration Day.  But the fact that so many are buzzing the Earth all at once is definitely noteworthy…

NASA’s Center for Near Earth Object Studies reported that six pieces of space rock will be passing by our planet tomorrow, 20th Jan., when the US celebrates Inauguration Day — the day when the new president-elect is vested with the powers of his office.

The agency says everything should be alright and that these meteorites will zip past harmlessly. Still, after 2020 and this election’s history, we can all be forgiven some wallowing in skepticism and despair at the thought that they might not. We’ve earned it.

If 7 asteroids were zipping by our planet, many would consider that to be a good sign, because the number 7 is generally associated with good things.

But the number 6 is a different matter altogether.

One of the rocks has the potential to be almost as big as the Statue of Liberty in New York City, an iconic American landmark.

For reference, the Statue of Liberty is 305 feet tall.

I just found it to be interesting, and so I decided to write about it.

In addition to everything that I just shared, a giant space rock known as “Asteroid 2021 BO” flew by our planet at a distance of just 0.06 lunar distances on the 18th…

2021 BO is the 5th known asteroid to flyby Earth within 1 lunar distance since the start of the year and the 23rd closest flyby on record.

0.06 lunar distances is closer than many of the orbits of our communications satellites.

So that was a very close call.

And once again we see the number 6 popping up.

I am sure that is just a coincidence.

Also, who do you think of when you see the initials “BO”?

Needless to say, most people think of Barack Obama.

Joe Biden served under Barack Obama for two terms, and this asteroid known as “BO” just happened to fly by our planet two days before Joe Biden’s inauguration.

Once again, I do not know if any of this actually means anything.

I just find it to be interesting.

Switching gears, when Joe Biden takes the oath of office it is officially going to mark the end of an era.

For the past four years, we have had to endure an endless parade of Internet rumors, outright lies and false “prophecies”.

For the past four years, we have been told over and over again that there was a “plan”, that thousands of high profile criminals were about to be brought to justice, and that Donald Trump would surely have a second term.

Even after the Electoral College voted, many continued to cling to outrageous fantasies that had absolutely no basis in reality.

Now a very long list of people will be proven wrong, and millions of Americans will be emotionally shattered as the hoaxes they believed come crashing down all around them.

Just like journalists in the mainstream media, those of us that serve in the independent media have a responsibility to share information that is factual, accurate and grounded in reality.

Yes, we can speculate about what may or may not happen in the political realm, and it is certainly okay to have strong opinions about the crazy events that are transpiring all around us.

But continuously feeding people information that is obviously false is not okay, and perpetuating wild fantasies that originate from fraudulent sources is not okay either.

Those that have been knowingly pushing false information should not criticize the mainstream media for putting out “fake news” because they are doing the exact same thing.

Even worse are the charlatans that convinced millions upon millions of people that God told them that Donald Trump would win the election.

But right at this moment, there are millions upon millions of people out there that don’t want to hear about anything because they believed the lies that they were fed day after day and now they are emotionally devastated.

I think that it would do our society a tremendous amount of good to rededicate ourselves to seeking the truth no matter what the cost.

Deception is absolutely rampant on both the left and the right, and that is extremely sad.

Hopefully what has happened will serve as a wake up call for lots of people, because time is truly running out for our country.