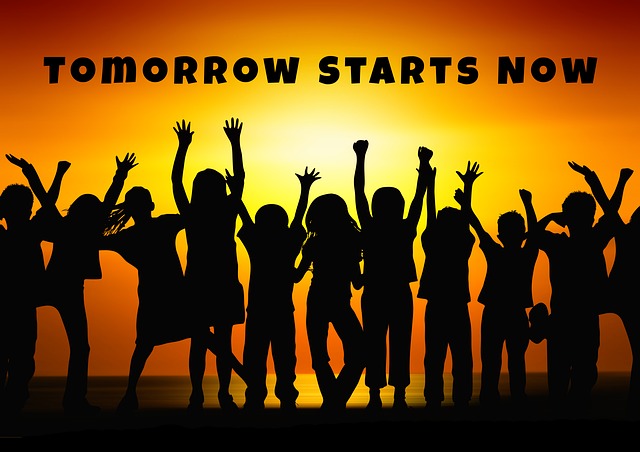 When it comes to raising our kids, have we completely failed as a society?  If you spend much time with them, you quickly realize that the next generation of Americans is woefully unprepared to deal with the real world. They are overweight, lazy, undisciplined, disrespectful, disobedient to their parents, selfish, self-centered, and completely addicted to entertainment. And that is just for starters. We feed them insane amounts of sugar and high fructose corn syrup and then when they become overactive we pump them full of prescription drugs to calm them down. Instead of raising our children ourselves, we allow the government schools and the entertainment industry to do it. By the time they reach the age of 18, they have spent far more time with their teachers, their video games and the television than they have spent with us. Our young people are #1 in a lot of global categories, but almost all of them are bad. Young people in the United States are more obese than anyone else in the world, more sexually active than anyone else in the world and they become pregnant more often than anyone else in the world. Of course it probably doesn’t help that we have the highest divorce rate in the world either. Our families are a complete and total mess and it is our kids that are paying the price. One top of everything else, we have accumulated an 18 trillion dollar debt which we will be handing down to the next generation. I am sure that they will appreciate that.

#1 In America today, only 46 percent of children live in a home that has both a mother and a father that are in their first marriage.

#2 According to Pew Research, the percentage of American children living in a “traditional family home” has fallen by 27 percent since 1960.

#3 Right now, approximately one out of every three children in the United States lives in a home without a father.

#4 According to a report from the Educational Testing Service, of the 22 countries that were studied, American Millennials were dead last in tech proficiency, dead last in mathematics and only two countries performed worse than us when it came to literacy.

#5 According to a report that was released by the National Center on Family Homelessness, the number of homeless children in the United States has reached a new all-time high of 2.5 million.

#6 There are more than half a million homeless children in the state of California alone.

#7 Children in the United States are three times more likely to be prescribed antidepressants than children in Europe are.

#8 The average young American will spend 10,000 hours playing video games before the age of 21.

#9 Average SAT scores have been falling for years, and the level of education that our kids are receiving in most of our public schools is a total joke.

#10 The National Center for Children in Poverty says that 45 percent of all U.S. children belong to low income families.

#11 According to the U.S. Census Bureau, 65 percent of all children in America are living in a home that receives some form of aid from the federal government.

#12 According to a report recently released by UNICEF, almost one-third of all children in this country “live in households with an income below 60 percent of the national median income”.

#13 When it comes to child poverty, the United States ranks 36th out of the 41 “wealthy nations” that UNICEF looked at.

#14 An astounding 45 percent of all African-American children in America live in areas of “concentrated poverty”.

#15 40.9 percent of all children in the United States that are living with only one parent are living in poverty.

#17 It is hard to believe, but right now 49 million Americans are dealing with food insecurity.

#18 More than 25 percent of all U.S. children have a chronic health condition that affects their ability to learn.  Perhaps we should not be feeling them so much junk food.

#19 There are more than 3 million reports of child abuse in the United States every single year.

#20 One study discovered that 88 percent of all Americans between the ages of 8 and 18 play video games, and that approximately four times as many boys are addicted to video games as girls are.

#21 According to a survey conducted by the National Geographic Society, only 37 percent of all Americans between the ages of 18 and 24 can find the nation of Iraq on a map.

#22 According to one survey, 50 percent of Americans between the ages of 18 and 24 cannot find the state of New York on a blank map.

#23 Only 26 percent of Oklahoma high school students know what the first ten amendments to the U.S. Constitution are called.

#24 Only 10 percent of Oklahoma high school students know how many justices sit on the Supreme Court.

#25 The United States leads the world in eating disorder deaths.

#26 The average American drinks more than 600 sodas every single year.  That is by far the most in the world.

#28 In America today, many families allow the television to raise their children.  In fact, the United States is tied with the U.K. for the most hours of television watched per person each week.

#29 There are more school shootings in America than anywhere else in the world.

#30 The United States has the highest divorce rate on the globe by a wide margin.  This is ripping millions of families with children to shreds.

#31 Without solid family units, more kids than ever are joining gangs.  Today, there are approximately 1.4 million gang members living inside the United States.  That number has risen by 40 percent just since 2009.

#32 There are more than 3 million reports of child abuse in the United States every single year.

#33 If you can believe it, an average of five children die as a result of child abuse in the United States every single day.

#34 Sadly, the United States actually has the highest child abuse death rate on the entire globe.

#35 Approximately 20 percent of all child sexual abuse victims are under the age of 8.

#36 In the United States today, it is estimated that one out of every four girls is sexually abused before they become adults.

#38 It has been projected that approximately 50 percent of all U.S. children will be on food stamps at some point in their lives before they reach the age of 18.

#39 As I have written about previously, approximately 42 percent of all single mothers in the United States are on food stamps.

#41 For women under the age of 30 in the United States, more than half of all babies are being born out of wedlock.

#42 According to a study conducted by the Centers for Disease Control and Prevention, approximately two-thirds of all Americans in the 15 to 24-year-old age bracket have engaged in oral sex.

#43 At this point, one out of every four teen girls in the U.S. has at least one sexually transmitted disease.

#44 About 18 percent of all abortions in the United States each year are performed on teenagers.

#45 According to the National Center for Missing & Exploited Children, there are 747,408 registered sex offenders in the United States.

#46 There are 106,216 registered sex offenders in the state of California alone.

#47 18 percent of all women in the United States say that they have been raped at some point in their lives.

#48 Teens that are in the 16 to 19-year-old age bracket are 3 1/2 times more likely than the general population “to be the victims of rape, attempted rape or sexual assault.”

#49 An astounding 30 percent of all Internet traffic now goes to adult websites.

#50 70 percent of all men in the 18 to 24-year-old age bracket visit at least one adult website each month.

#52 Law enforcement officials estimate that about 600,000 Americans and about 65,000 Canadians are trading dirty child pictures online.

#53 According to one survey, 24 percent of all U.S. teens that have STDs say that they still have unprotected sex.

#54 In Chicago, public school kindergarten teachers are now required to set aside 30 minutes a month for sex education.

#55 The United States has the highest teen pregnancy rate in the entire industrialized world.

#56 In the United States today, 47 percent of all high school students have had sex.

#57 One out of every four teen girls in the United States now has an STD.

#58 One survey found that one out of every five teen girls actually wants to be a teen mom.

#59 Americans in the 15 to 24-year-old age group account for about 50 percent of all new STD cases each year.

#60 We have borrowed 18 trillion dollars that we expect future generations to repay.  We have consigned our children and our grandchildren to a lifetime of debt slavery and they don’t even realize it yet.  When they do realize what we have done to them they will probably curse us bitterly.