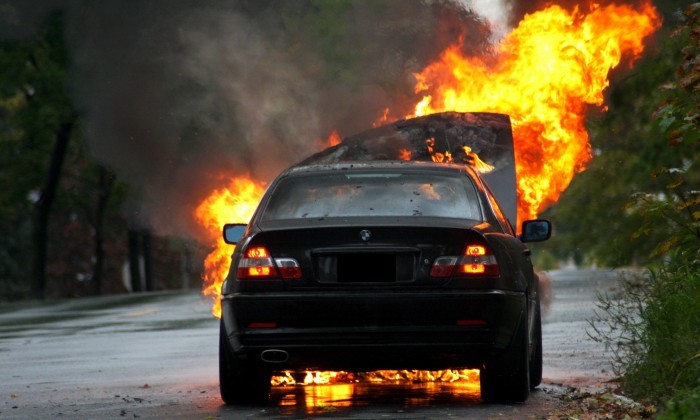 PARIS, January 2. /TASS/. New Year celebrations in France were again marred by a series of car burnings in which over 650 vehicles were set ablaze, the country’s interior ministry said late Sunday.

“The number of burned cars shows that this phenomenon, as unacceptable as it is, continues to exist. A total of 650 cars were set ablaze while last year there were 602 such cases,” the ministry said in a statement.