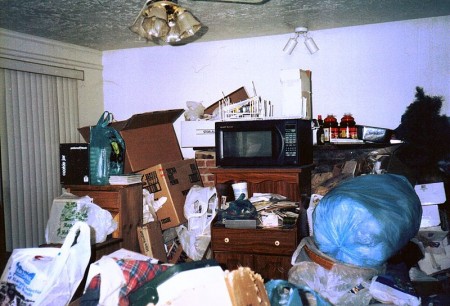 A 66-year-old woman described by police as an apparent hoarder was found dead under a pile of debris after the first floor of her Connecticut home collapsed into the basement under the weight of all the clutter, authorities said.

Police in Cheshire identified the woman as Beverly Mitchell. Her body was found in her home Saturday, two days after a postal carrier called police to request a welfare check because her mail had been piling up for at least a week.