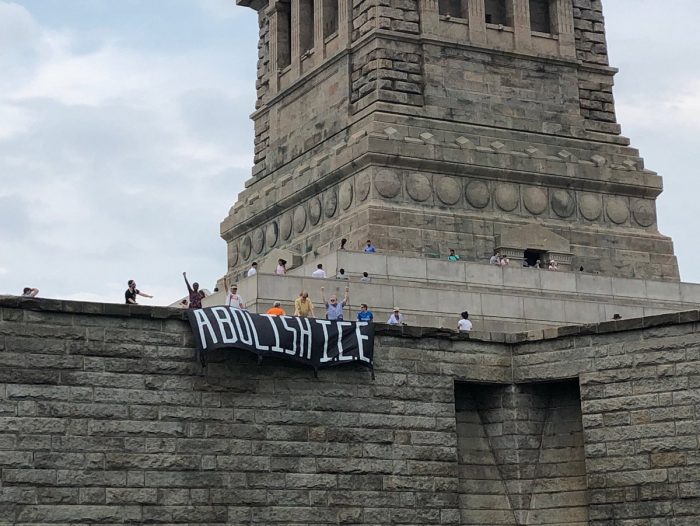 After the arrest of seven protesters who unfurled a banner reading “Abolish I.C.E.” at the Statue of Liberty on Wednesday, a person climbed the base of the statue, prompting officials to close the national monument to tourists.

Jerry Willis, a spokesman with the National Park Service, told USA TODAY that the climber was still sitting on the base of the statue and talking to police as of 4:30 p.m. Wednesday.

Willis said the national monument was closed Wednesday out of “an abundance of caution” after the events. As of 4:30 p.m., tourists were being loaded on boats off the island and no new boats were headed for the island, he said. (USA Today)