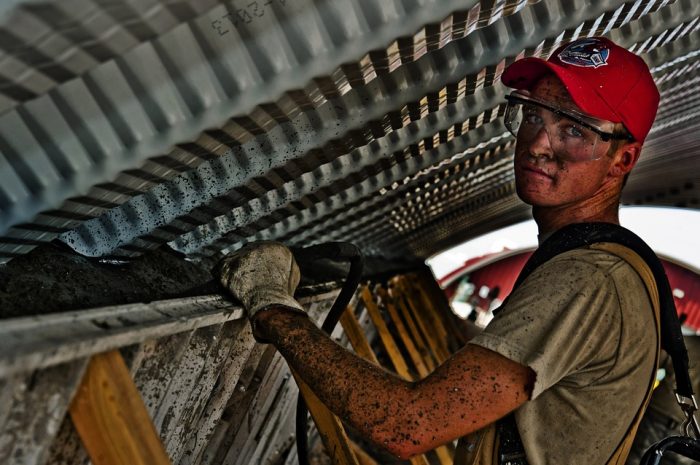 Are you living paycheck to paycheck? Is so, you are just like most other hard working Americans. As you will see below, 78 percent of full-time workers in the United States say that they are living paycheck to paycheck. That is the highest figure ever recorded, and it is yet more evidence that the middle class is under an increasing amount of stress. The cost of living is rising at a much faster pace than our paychecks are, and more families are falling out of the middle class with each passing month. Unfortunately, this is something that the mainstream media really doesn’t want to talk about these days. Instead, they just keep having us focus on the soaring financial markets which are being grossly artificially inflated by global central banks.

When I came across the numbers that I am about to share with you I was actually quite stunned. I knew that things were not great in “the real economy”, but I didn’t expect that the number of Americans living paycheck to paycheck would actually be rising. But that is precisely what a brand new survey that was just released by CareerBuilder is saying…

Seventy-eight percent of full-time workers said they live paycheck to paycheck, up from 75 percent last year, according to a recent report from CareerBuilder.

Overall, 71 percent of all U.S. workers said they’re now in debt, up from 68 percent a year ago, CareerBuilder said.

The first thing that we want to note about this survey is that it only includes full-time workers. So the unemployed, part-time workers, those that work for themselves and those that are independently wealthy were not included.

The second thing that we want to note is that these numbers have gotten worse since last year.

That certainly does not fit with the narrative that we are being fed by the mainstream media, but it does fit with the reality that most people are living on a daily basis.

Most Americans work extremely hard, but they can never seem to get ahead. Most of us are in debt, and a couple of weeks ago I wrote about how the elite use debt as a tool of enslavement. As we work endless hours to “pay the bills”, we are steadily enriching those that are holding our debts.

In addition, the cost of living is steadily going up, and most U.S. families are just barely scraping by from month to month as a result. Just a couple days ago I wrote about how Obamacare was causing health insurance premiums to skyrocket, and today I came across another example of someone that has seen their annual premiums more than double during the Obamacare era…

For some lower-income people in Obamacare, the rising premiums President Donald Trump has talked so much about will barely be felt at all. Others, particularly those with higher incomes, will feel the sharp increases when insurance sign-ups begin Wednesday.

Richard Taylor is one of the people on the wrong end. The 61-year-old, self-employed Oklahoman has meticulously tracked his medical costs since 1994. In 2013, he signed up for an Affordable Care Act plan for the law’s first year offering coverage to millions of Americans.

I know that I can’t.

And rates are supposed to go up substantially again in 2018. We must repeal Obamacare, and we must do it now.

In addition to financial stress, most Americans are also deeply concerned about the future of this country. Just consider the following numbers from a poll that was released this week…

Almost two-thirds of Americans, or 63 percent, report being stressed about the future of the nation, according to the American Psychological Association’s Eleventh Stress in America survey, conducted in August and released on Wednesday. This worry about the fate of the union tops longstanding stressors such as money (62 percent) and work (61 percent) and also cuts across political proclivities. However, a significantly larger proportion of Democrats (73 percent) reported feeling stress than independents (59 percent) and Republicans (56 percent).

I certainly can’t blame the Democrats for being stressed out. Donald Trump is in the White House and pro-Trump forces are taking over the Republican Party. And if a large wave of pro-Trump activists goes to Congress in 2018, we are going to take this nation in a completely different direction.

A majority of the more than 3,400 Americans polled, 59 percent, said “they consider this to be the lowest point in our nation’s history that they can remember.” That sentiment spanned generations, including those that lived through World War II, the Vietnam War, and the terrorist attacks of Sept. 11. (Some 30 percent of people polled cited terrorism as a source of concern, a number that’s likely to rise given the alleged terrorist attack in New York City on Tuesday.)

Yes, I can understand that those on the left are very pessimistic now that Trump is in the White House, but this is definitely not the lowest point in recent history.

Have people totally forgotten the financial crisis of 2008?

The JFK assassination, the Vietnam War, the deep recession during the Carter years and the entire Obama era are also examples of very low points in recent history.

Yes, great challenges are coming, but for the moment the economy is relatively stable, much of the world is at peace, and at least Hillary Clinton is not in the White House.

There is so much to be thankful for, and if people out there think that this is the “lowest point” in recent American history, how are they going to feel when a real crisis comes along?