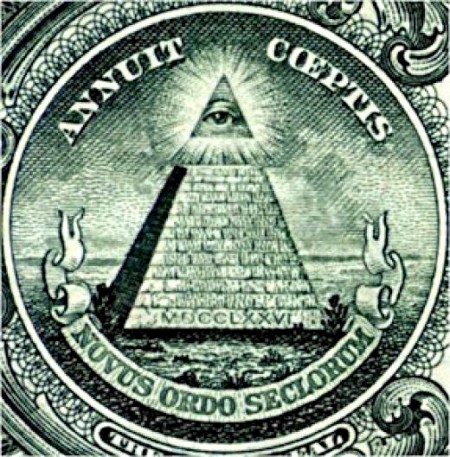 The global economy is structured to systematically funnel wealth to the very top of the pyramid, and this centralization of global wealth is accelerating with each passing year. According to the United Nations, 85 super wealthy people have more money than the poorest 3.5 billion people on the planet combined. And 1.2 billion of those poor people live on less than $1.25 a day. There is something deeply, deeply broken about a system that produces these kinds of results. Seven out of every ten people on the planet live in countries where the gap between the wealthy and the poor has increased in the last 30 years. Despite our technological advances, somewhere around a billion people go to bed hungry every single night. And when our fundamentally flawed financial system finally does collapse, it will be the poor that will suffer the worst.

Now, let me make one thing clear at the outset.

What we need is a system that empowers individuals and families to work hard, be creative, build businesses and to take care of themselves.

But instead, we have a system where all power and all wealth are increasingly controlled by giant banks and giant corporations that are in turn controlled by the global elite. The “financialization” of the global economy has turned almost everyone on the planet into “deft serfs”, and the compound interest on all of that debt enables the global elite to constantly increase their giant piles of money.

As I have written about previously, the total amount of government debt in the world has increased by about 40 percent since the last recession.

And when you consider all forms of debt, the grand total for the planet is now up to a whopping 223 trillion dollars.

This enables the super wealthy to constantly become even wealthier. It is like a giant vacuum cleaner that sucks wealth out of all of our pockets and transfers it to them.

It has been reported that the global elite have approximately 32 trillion dollars stashed in offshore banks around the globe.

But that is only what we know about.

What we don’t know about is probably far greater.

Just like most people don’t realize that men like Bill Gates and Carlos Slim are not the wealthiest men on the planet.

The people that are really at the top of the food chain are masters at hiding wealth and they absolutely do not want their names being thrown around in the media.

Meanwhile, those at the bottom of the pyramid continue to suffer.

For example, it was been widely reported that there are more people in slavery today than ever before in human history.

That is an absolutely amazing statistic. It is hard to comprehend how that could be possible, and yet it is. A new UN report says that there are 21 million slaves around the globe right now…

The report by the International Labour Organization (ILO), which draws on information gathered in a 2012 survey, also found that annual profits stemming from forced labor are three times higher than previous estimates.

“Put into perspective, the 21 million victims in forced labor and the more than US$150 billion in illegal profits generated by their work exceeds the population and GDP of many countries or territories around the world,” the ILO says.

This is an utter abomination, but this is actually happening all over the planet. The following is one story that I recently came across out of India…

And yes, he did end up losing his hand.

(Read the rest of the story…)