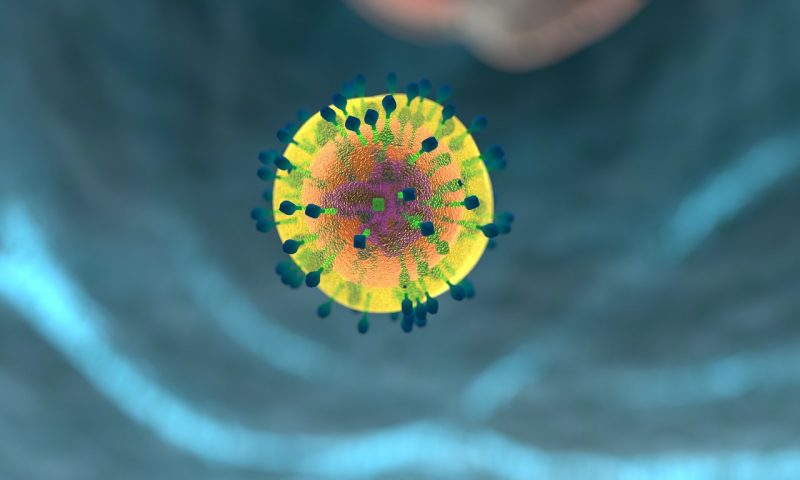 Just when it seemed like the COVID pandemic may be subsiding, a new COVID strain has emerged in California that has the potential to change everything.  According to tests conducted by Dr. Charles Chiu and his team, this new strain appears to result in more severe illness, and it also appears to result in more people dying from the virus.  Even more troubling, Chiu’s team discovered that there is “a two- to four-fold reduction in the ability of antibodies to fend off the variant virus”.  In other words, those that have already been vaccinated may or may not have protection against this new variant.  When Californians start to figure out that the vaccines that they have been taking may not even be effective against the strain that is rapidly becoming dominant in their state, a lot of them won’t be happy.

Of course it is just a matter of time before this new strain travels to all of the other 49 states as well.

So what will happen if authorities are able to achieve their goal of vaccinating more than 100 million Americans but this new COVID strain continues to spread like wildfire?

Instead of this pandemic “coming to an end”, we could possibly be facing a frightening new chapter.  According to two new studies that were just released, the California variant “causes severe disease and spreads quickly”…

Two studies released Monday reveal some alarming findings about a California variant of COVID-19. The strain is showing up in half of the samples in 44 California counties and there are signs that it causes severe disease and spreads quickly.

Dr. Charles Chiu and his team have been studying this new strain relentlessly, and he is referring to it as “the devil”…

In a study that helps explain the state’s dramatic surge in COVID-19 cases and deaths — and portends further trouble ahead — scientists at UC San Francisco said the cluster of mutations that characterizes the homegrown strain should mark it as a “variant of concern” on par with those from the United Kingdom, South Africa and Brazil.

“The devil is already here,” said Dr. Charles Chiu, who led the UCSF team of geneticists, epidemiologists, statisticians and other scientists in a wide-ranging analysis of the new variant, which they call B.1.427/B.1.429. “I wish it were different. But the science is the science.”

We are constantly being told to “follow the science”, and the science is telling us that this new variant will soon account for approximately 90 percent of all new infections in the state.

That is not good news at all.

Dr. Chiu’s team was particularly interested in determining whether existing vaccines would work against this particular variant, and what they discovered was quite alarming…

To test whether antibodies could fend off this new strain, Chiu’s team tested the cultured virus in the lab against antibodies from people who were either vaccinated or had already been infected with the virus, although not this strain. They found a two- to four-fold reduction in the ability of antibodies to fend off the variant virus. This means that vaccines might have to be re-tooled to stay effective.

In other words, scientists may have to go back to square one and develop an entirely new vaccine.

But the new strains that have emerged in South Africa and Brazil have also exhibited serious resistance to the existing vaccines as well.

So which strain should vaccine makers target?

The South African strain and the Brazilian strain have both reached the United States, and it appears that they will be spreading rapidly too.

Needless to say, having so many dangerous mutations running around could be a real nightmare for health authorities.

Getting back to the new California variant, Dr. Chiu and his team also discovered that people that catch it have “significantly higher odds of being admitted to the Intensive Care Unit and dying”…

To learn whether the variant caused more severe disease, Chiu’s team studied the medical records of patients admitted for care at UCSF. After controlling for age, gender and ethnicity, it found that people infected with the variant had significantly higher odds of being admitted to the Intensive Care Unit and dying.

So if this becomes the dominant strain all over the U.S., our hospitals could potentially be more overwhelmed than ever.

When they examined the virus, Dr. Chiu and his team identified three critical mutations, and one of them has never been seen anywhere else…

B.1.427/B.1.429’s genome includes three mutations that affect the crucial spike protein, which the virus uses to sneak into human cells and convert them into factories for its own production. One of those three mutations, dubbed L452R, affects the so-called receptor binding domain, helping the virus attach more firmly to target cells.

That adaptation has not been seen in coronavirus variants that have caused worry elsewhere.

Needless to say, this is not the end of the story.

If there is one thing that scientists agree upon, it is that COVID will continue to mutate.

In fact, one expert in California is warning that more COVID mutations will continue to emerge “forever”…

According to UCSF Epidemiologist Dr. George Rutherford, the California variant is one of four major ones circulating in the state.

“We’re going to keep seeing variants forever from this virus. Viruses mutate, they mutate all the time,” Dr. Rutherford said.

So if you were looking forward to the day when COVID would be completely wiped out, you can stop waiting.

It will still be with us when the next great pandemic inevitably comes along.

Meanwhile, we just learned that the spread of a “flesh eating disease” is causing grave concern in Australia…

New cases of the Buruli ulcer were detected in Australia in the Essendon, Moonee Ponds, and Brunswick areas of Melbourne. The infection is usually detected in coastal areas but it is feared it is now spreading to non-coastal parts of the country. The horrific skin infection can result in lesions and sufferers may have to resort to extensive surgery if the disease is left untreated.

Researchers are still trying to discover how the Buruli ulcer spreads to humans.

I believe that we have entered a time when global outbreaks of disease will become increasingly common, and this is going to have very serious implications for all of us moving forward.

Unfortunately, most people still do not understand what is really going on, and many of them are simply not willing to accept that our lives will never “return to normal” ever again.