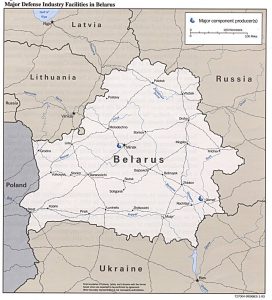 No wonder Dr. Oz is pushing vaccines so hard on television.  He holds 150,000 option shares in a vaccine company that could potentially earn him millions of dollars in profits as the stock price rises.

A 42 year old woman who had been vaccinated for the H1N1 swine flu has now died from the disease.

A journalist working for the German news magazine Der Spiegelreported that he became extremely ill with an extremely high fever, chills and severe nausea just days after receiving a swine flu vaccine.

Two teen political activists were asked to leave an H1N1 vaccination clinic in Fargo after handing out literature to the pregnant women waiting in line.

The resurgence of the bird flu is causing alarm among officials in Asia.

The FBI estimates that imams preach jihad and extremism in 10 percent of the 2,000 mosques in the United States.

MSNBC’s Chris Matthews apparently thinks that it was perfectly fine for the Fort Hood shooter to have been in contact with al-Qaeda.

A top official at the Large Hadron Collider says that when they open a dimensional door with the LHC, that “out of this door might come something”.  Anyone who has watched science fiction movies realizes that sounds like a really, really bad idea.

How can we save the environment?  Perhaps the best thing that we can do is to get Al Gore as far away from it as possible.

Does Al Gore stand poised to rake in billions of dollars from the very carbon credit trading scheme that he is tirelessly advocating?

It turns out that authorities in Egypt are often deliberately ignoring the problem of Christian women in Egypt being abducted, forced into Muslim marriages and coerced into converting to Islam.

A London council is recruiting 2,000 residents to report on their neighbors and join a growing network of “Big Brother snoopers” in that city.

Dr. Jerome Corsi is reporting that the true rate of unemployment for October 2009 may be 22.1 percent.

A federal judge has ruled that South Carolina cannot issue license plates showing the image of a cross.

That United Nations announced on Tuesday that drought and war in east Africa have left more than 20 million people in desperate need of emergency food aid.

Lastly, two Czech officers are facing disciplinary actions after reports surfaced that they had Nazi symbols on their helmets during their deployment in Afghanistan.