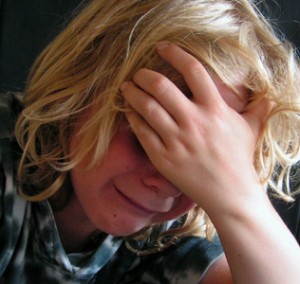 The health care “reform” bill being pushed through Congress establishes a program called “No Child Left Unimmunized Against Influenza” which will use elementary and secondary schools across the United States as flu vaccination centers.

A 14-year-old boy in Virginia is weak and struggling to walk after coming down with a reported case of Guillain-Barre syndrome just hours after receiving the H1N1 vaccine for swine flu.

In West Virginia, a middle school boy who had tried to avoid getting the H1N1 swine flu shot was held down by two sheriff’s deputies and forcibly injected with the vaccine.

A federal judge in West Virginia has ruled in favor of mandatory vaccinations, despite the First Amendment’s free-exercise clause.

In one school in Sweden where the students were mass vaccinated with the poisonous Pandemrix “swine flu”, 130 of the 233 students at the school called in sick the day after the vaccination.

On Steve Quayle’s site, an eyewitness in Romania is claiming that the Ukraine pandemic is spreading and that there are also widespread reports of the police seizing medical records of the dead and of the cremation of bodies.

Serbian Health Minister Tomica Milosavljevic has formally announced a swine flu epidemic in that nation, meaning that nation-wide emergency vaccinations can be carried out.

Is the world gold supply quickly running out?

China is signaling that it may allow its currency to rise against the dollar.

The U.S. economy has gotten so bad that now there is even an epidemic of churches for sale.

CNN is identifying 10 states that are on the verge of absolute financial collapse.

Has Barack Obama already decided on a secret deal for a Palestinian state?

Police arrested 22-year-old Muslim Abdul Walid Hamid after he reportedly tore a crucifix from a shopper’s neck at a local shopping center.

Hezbollah leader Sheikh Hassan Nasrallah has accused Barack Obama of “absolute bias” in favor of Israel and disregard for the dignity of Arabs and Muslims.  Apparently Nasrallah must be smoking something.

The Israel Defense Forces have released documents and photos that
prove that Iran was behind the massive shipment of weapons to Hezbollah intercepted last week in Mediterranean waters.

Barack Obama is warning of “strains” in U.S. relations with China.

A new poll found that 59 percent of U.S. adults agree that the fall of the Berlin Wall was the beginning of a “new world order”.

The Washington Post has published an article which tries to be funny about the move toward a world government.

The U.S. Fifth Circuit Court of Appeals has ruled that landowners in Mississippi have “standing” to sue oil and coal companies for emitting greenhouse gases.

Another recent poll asked Americans whether they’ll vote for an unnamed Democrat or Republican for Congress.  48% percent said they’ll back a Republican, versus 44% who said that the will choose a Democrat.

Lou Dobbs has left CNN.  Nobody know the real story, but how much longer could have Dobbs really have survived at a politically correct network such as CNN?

Scientists say that they are one step closer to producing a “three parent baby” after they successfully fertilized an egg with two biological mothers.

Lastly, why are people still talking about global warming?  The U.S. just experienced the 3rd coolest October ever recorded.