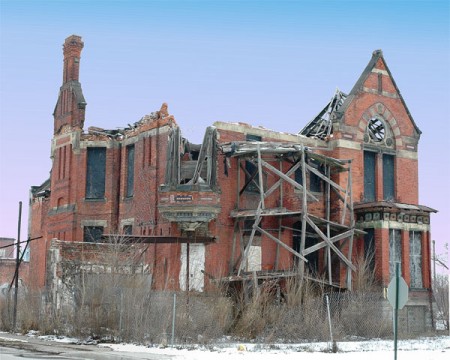 The bare truth of Detroit’s deterioration is captured by perhaps the most unsentimental chronicler you can imagine: the Google Street View car.

That’s the discovery of GooBing Detroit, a blog on Tumblr that began early last year as a comparison of street views from circa-2009 Google Maps and circa-2012 Bing Maps (hence the name GooBing). GooBing went dormant in July, but the launch of Google’s Street View “time machine” a few weeks ago breathed new life into it.

The man behind GooBing Detroit, Alex Alsup, says one Detroit group’s phrase “hurricane without water” is an “apt metaphor” for the city’s deterioration.